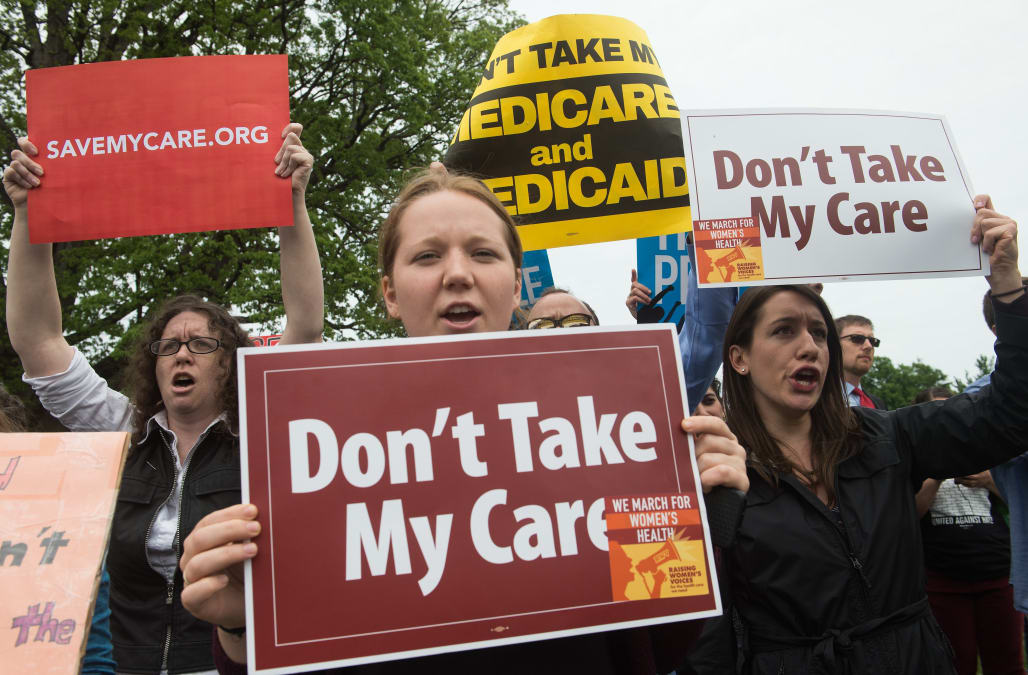 In the face of a major revolt from within their own party, Senate Republicans on Tuesday decided to delay a vote on health care legislation. While the delay is intended to sway lawmakers, it appears many others have already made up their mind -- and they'd like to stick with Obamacare.

The Senate Republican health care bill remains, even with changes to the House's version of the legislation, less popular than the Affordable Care Act, according to a new AOL News survey.

Congressional Budget Office report released this week estimated that 22 million Americans would lose health insurance coverage over the next decade under the GOP bill, thrusting the bill's future into question.

The poll finds the public sentiment toward the Senate's version of the legislation is similar to the version passed by the House. A poll from May 10, taken shortly after that bill passed, found 60 percent of respondents had an unfavorable opinion of the Republican health care bill, while just 31 percent said they had a favorable opinion. Nine percent said they were unsure.

Repealing and replacing Obamacare has been an uphill battle for Republicans trying to follow through on President Trump's key campaign promises. They've received pushback on the new bill from Democrats and even from within their own ranks.

"Currently, for a variety of reasons, we are not ready to vote for this bill, but we are open to negotiation and obtaining more information before it is brought to the floor," the senators said in their statement.

Sen. Dean Heller (R-NV) and Sen. Susan Collins (R-ME) have also in the following days added their voices to those opposing the legislation.

I want to work w/ my GOP & Dem colleagues to fix the flaws in ACA. CBO analysis shows Senate bill won't do it. I will vote no on mtp. 1/3

According to Reuters, if the new bill is to pass, Republicans can only lose the support of two of the Senate's 52 Republicans, assuming all 48 Democrats and independents oppose the bill as expected.

While Majority Leader Mitch McConnell has indicated he wants the Senate to vote on the bill this week, Senators on both sides of the aisle have warned against rushing a vote before the July 4th recess.

"There's no way we should be voting on this next week. No way," Sen. Johnson told MSNBC's Chuck Todd on Sunday.