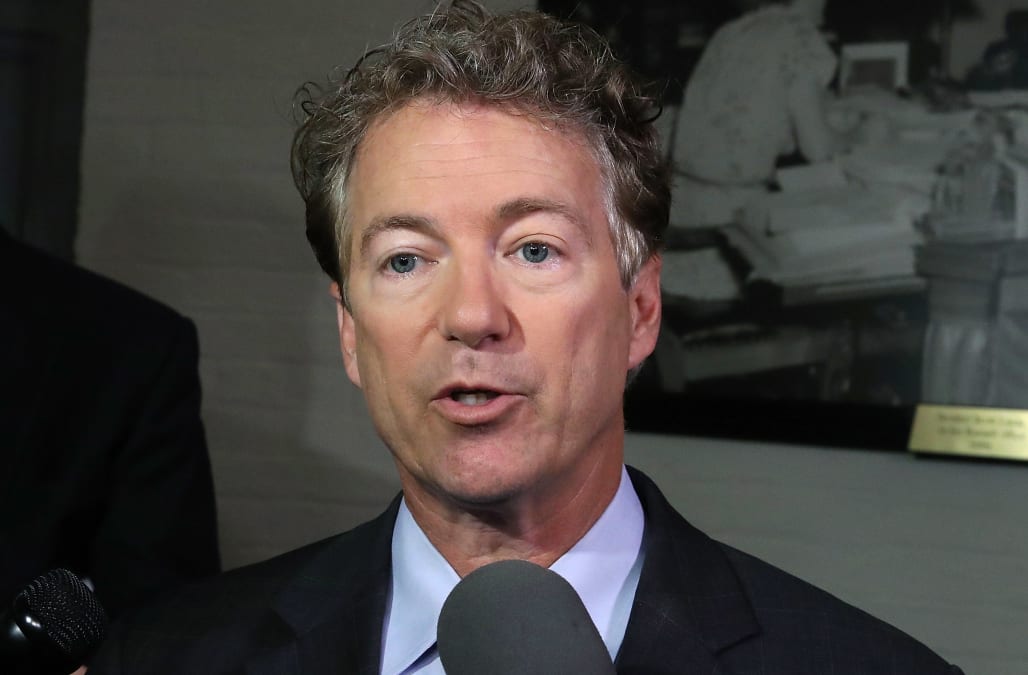 WASHINGTON, June 22 (Reuters) - Four conservative U.S. Republican senators said on Thursday they are not prepared to vote for the Senate Republican health care proposal unveiled on Thursday when it comes to the floor, probably next week.

"Currently, for a variety of reasons, we are not ready to vote for this bill, but we are open to negotiation and obtaining more information before it is brought to the floor," the senators -- Rand Paul, Mike Lee, Ron Johnson, and Ted Cruz -- said in a joint statement. The draft bill would not repeal Obamacare and lower healthcare costs, they said.

Sen. Rand Paul asks House GOP for Obamacare replacement bill
Sen. Rand Paul demands a copy of the bill. This staffer says she can't give him one. https://t.co/gPo5rMsUkS
I have been told that the House Obamacare bill is under lock & key, in a secure location, & not available for me or the public to view.
I am heading to the secure location where they are keeping the House obamacare bill. I will demand a copy for the American people.
@RandPaul This is unacceptable. This is the biggest issue before Congress and the American people right now.
@RandPaul What is the House leadership trying to hide? My guess is, they are trying to hide their "Obamacare Lite" approach.
@RandPaul Renaming and keeping parts of Obamacare, new entitlements and extending medicaid expansion are not the #FullRepeal we promised
@RandPaul House and Senate passed repeal in 2015. They should keep their promises and bring them up again for a vote now
@RandPaul I demand the House release the text of the bill. Every elected official & every American deserve to know what they're trying to do
@RandPaul I will not vote for Obamacare Lite nor will many of my colleagues. We will keep our word. I call on House leaders to do the same
@RandPaul And I call on them to make this process transparent and to let the sunshine in. Today.
.@randpaul wasn't allowed to see the House GOP's Obamacare bill. Brought his own copy machine, just in case. https://t.co/KpAXhfltsV
.@RandPaul outside the "secret office for the secret bill." https://t.co/fY8BAVqwvd
Up Next

If legislation is to prevail, Republicans can only lose the support of two of the Senate's 52 Republicans, assuming all 48 Democrats and independents oppose the bill as expected.

More from AOL.com:
Republican senator says he will not vote on the health care bill without first reading it
US Senate health care bill expected to cut back Medicaid expansion
After weeks of secrecy, US Senate to unveil healthcare bill