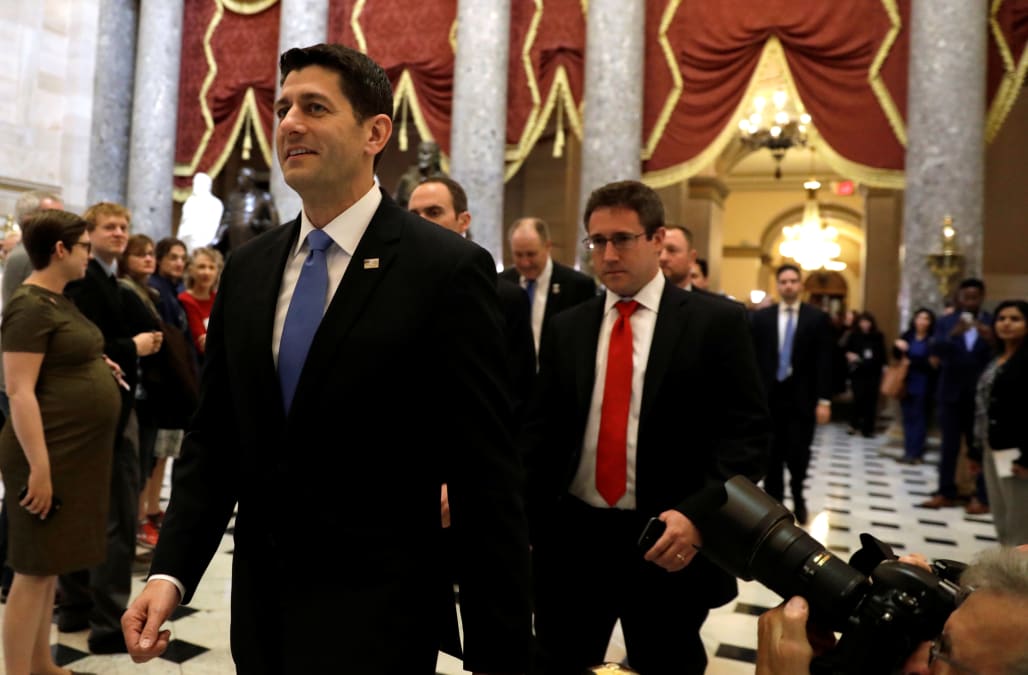 WASHINGTON — As Congress wrangles over implementing a new health care law, Republican and Democratic senators have not agreed on much, but there was one area where two lawmakers on opposite sides of the aisle found common ground on the issue on Sunday.

Both Sen. Ron Johnson, R-Wis., and Sen. Bernie Sanders, I-Vt., who each have expressed serious reservations with the bill for very different reasons, proclaimed during exclusive interviews on Sunday's "Meet The Press" that rushing a vote before the July 4th recess would be unwise.

"There's no way we should be voting on this next week. No way," Johnson told host Chuck Todd. "I have a hard time believing Wisconsin constituents or even myself will have enough time to properly evaluate this, for me to vote for a motion to proceed. So I've been encouraging leadership, the White House, anybody I can talk to for quite some time, let's not rush this process. Let's have the integrity to show the American people what it is, show them the truth."

Republican senators unveiled their version of the health bill on Thursday, and Majority Leader Mitch McConnell has indicated he wants to see a vote before the end of this week.

The Senate bill includes big cuts to Medicaid over a period of time, eliminates taxes on the wealthy and insurers, and does not let insurers deny people coverage based on pre-existing conditions. Unlike the House bill, it pegs tax credits to income rather than age.

Johnson is one of four conservative Republican senators — along with Sens. Ted Cruz, Mike Lee, and Rand Paul — who released a statement Thursday saying that they are not yet ready to vote for the bill, but that they are "open to negotiation."

"What I find so disappointing is these bills aren't going to fix the problem," Johnson said Sunday. "They're not addressing the root cause. They're doing the same old Washington thing, throwing more money at the problem."

Republican Sen. Dean Heller of Nevada also said he doesn't support the bill, but because of its cuts to Medicaid and his worries that it will not lower insurance premiums for people.

Sen. Sanders meanwhile is currently on a tour across multiple states to rally opposition to the bill.

The former presidential candidate doubled down on his claims from last week that "thousands of people will die" if the Senate bill passes, a line that drew ire from the office Republican Sen. Orrin Hatch.

"The brief time when we were *not* accusing those we disagree with of murder was nice while it lasted," Hatch's staff wrote on Twitter on Friday

The brief time when we were *not* accusing those we disagree with of murder was nice while it lasted. https://t.co/qr1rzon1cg

He did, however, acknowledge that there are problems with the current health care system that need to be addressed.