'Summer House' star Cristina Gibson: 'Lindsay and I are really not on great terms' 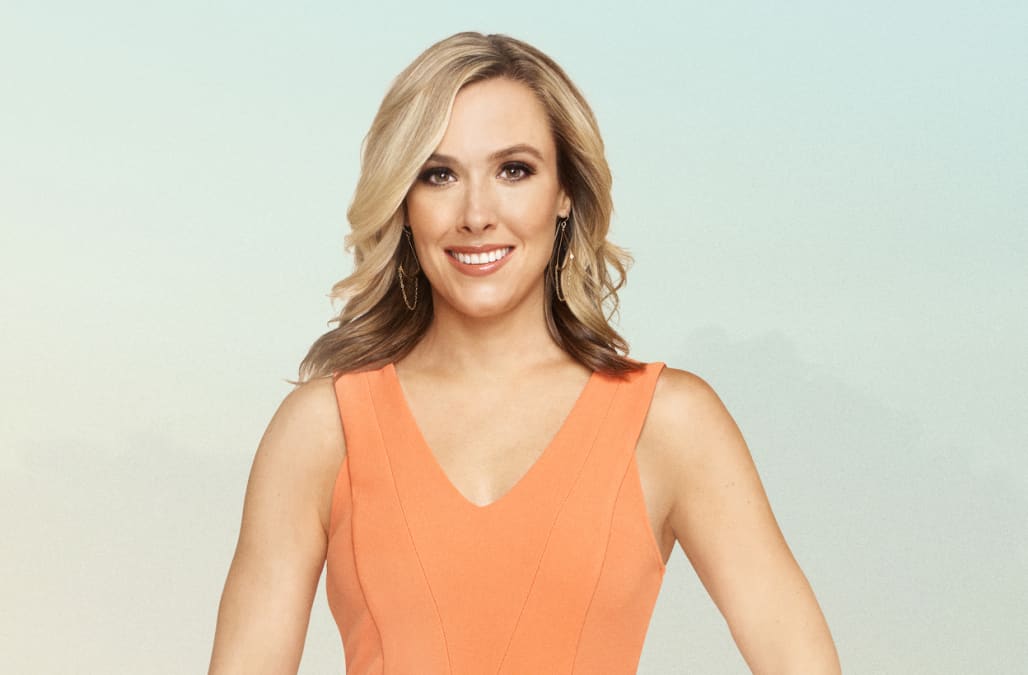 Bravo's "Summer House" is only in its first season, yet it has still managed to produce a slew of drama.

The reality show, which follows a group of nine New Yorkers during their summer in The Hamptons, has delivered enough alcohol-fueled arguments, hookups and breakups to give the cast's "Vanderpump Rules" pals across the country a run for their money.

Cristina Gibson, one of the cast members on "Summer House," has been at the center of plenty of the share house's infighting. The entertainment reporter's roommate, Lindsay, is also on the show -- as is Lindsay's boyfriend, Everett -- and she often finds herself on the wrong side of the two-on-one fights, with her occupation often touted as the reason for her alleged meddling.

I recently caught up with Cristina Gibson to talk about how the first season of "Summer House" is going for her, where she and Lindsay stand and who she says gets a "hall pass" when it comes to stirring up drama in the house.

Check out my full conversation with Cristina Gibson below:

Now that the season is almost done, how are you holding up?

What about the feedback on social media? How have you handled that?

People say not to look at it, but how are you not going to? When the episode is airing you can just hit that hashtag. I definitely look at it, but you have to take it with a grain of salt. You definitely have people that say mean things about you, but then you have people that say nice things, too. We're a relatively new show, so it's not as crazy as, like, "The Bachelor." You can look at it and try to respond here and there, but I don't even respond to the negative ones anymore.

How has the experience of being on the show been different from what you thought it would be?

You have an idea of what it's going to be like, but when you're actually filming and spending your summer with cameras around, it's a little bit different. Being a reporter, I'd been on camera a lot before in a very controlled setting -- it was question, answer, question, answer, done. This was really different. I felt like I was prepared, but then actually living and experiencing it you can't totally understand until you're in it.

People always claim that they forget that the cameras are around. Were you able to completely ignore them?

I was definitely pretty aware of them for the most part, especially in the beginning. With us, we also had cameras in every room of the house that were mounted, too, so I knew where those were. You'll never see me changing in the middle of the room. [Laughs]

I was going to ask about that! That must've been so awkward changing in your bedroom knowing you were being filmed...

You knew where the camera was in each room, so you could plan it strategically. I would change in the closet! Some people didn't care -- and you'll see people just strip down -- but I was like, "I don't really want my parents seeing me naked on TV, so I'm just going to go in the closet to change." I think once you got into it, you kind of forget the cameras are there in some sense.

So, you decided to go on the show with your roommate, Lindsay Hubbard...

No, I actually was involved with it and then she was a later add.

Okay, but there must have been a conversation at some point about the fact that you would both be on a reality TV show together, as roommates. Was that a difficult conversation to have?

Not really, because I was already involved with it. I was doing a house with these people, and she got involved later down the line. I knew I was doing it with the twins and Kyle, and then Lindsay and Everett were a later-in-the-game add. When I found out that she was going to be in the house, too, I was like: "Okay, cool, this will be fun." She's my roommate and my friend, and we'll have this experience together.

But, obviously, then drama ensued. That must've been hard going through that with someone you were so close to.

It was definitely hard. Going into this summer, I would've never predicted that things with our friendship would end up the way that they have. I think that I naively looked at it like, "Oh, this is my roommate! We have each other's backs, this is going to be fine. We're in this together!" Clearly, as you saw from the first couple of episodes, that wasn't the case.

It was definitely really difficult for me. We had that one big fight, and I tried to be civil and enjoy the rest of the summer. You'll see that we get into another incident, and at that point I was like, "I'm giving up on you here. We had a fight and I didn't appreciate how you acted at all. I thought it was really messed up and I tried to forgive you and be civil..."

But it keeps happening.

Exactly. You can only let someone treat you a certain way so many times before you're like, "I'm done."

And her boyfriend, Everett, was always around, too. Did you ever feel as if it was kind of a two-against-one situation?

Yeah, it's funny: I had been friends with Everett for years before he and Lindsay were ever together, and I actually introduced them. I was involved, then they got involved and then they started dating. So, when she said she was going to do it, it changed the dynamic. They're always going to have each other's backs. I kind of felt like everyone in the house had somebody that had their back except for me.

Let's talk about what happened at Lindsay's birthday. You were criticized for calling Carl's two female friends "hookers." Do you regret that?

It definitely wasn't premeditated. It's not as if I go around saying that to girls I just meet! It was more of just a reaction to Carl walking in with these two scantily-clad girls that we don't know, and it was a poor choice of words. It wasn't meant to be serious; I don't think that they actually have sex with people for money. It was more, like, "Who are these 'b-tches' or 'randoms.'" It was an insensitive choice of words, and they weren't within earshot. It wasn't meant to be hurtful or truthful or imply that I actually think that that's true. It was more of a flip reaction to two chicks walking in with a guy who your friend has hooked up with.

Your occupation as an entertainment reported has been brought up a lot on the show as a reason for your "meddling." Do you think that people have been using your profession against you?

I do. You don't hear everyone else's careers being talked about all of the time, but I guess because I have one that does require you to talk to people and interview people and get news, people would always point the finger at me as a meddler or a gossip. Like I said, though, there are nine people in a house, so you're seeing and hearing things that you don't always want to, but it's right in front of your face! Everybody at some point in the summer meddled in someone else's business -- it's inevitable when there are nine people in a house!

I think that I would always be called out for it, but most of the things I was "meddling" in were things that affected me directly: My living space, my roommate, my friend. I think there were definitely people that meddled more than me -- like Stephen, and he got a hall pass! I felt like that was a little bit hypocritical, and, because I am a reporter, people would just say, "Oh, you're being such a reporter! You're a gossip!" because nobody else has a career that's easy to call out. It's like, I'm not writing a column on our house!

Is there anything that you think wasn't accurately portrayed on the show?

I think that there's just a lot more that you don't see. It's inevitable, because we're shooting hours and hours of footage, and you don't see an entire weekend.

Weekends can be boiled down to five minutes!

Exactly, so I think there is a lot more to the story that you just don't see. Sometimes you're having a conversation, and they take just a piece of that conversation and put your facial reaction to something else and cut to it at a different point. That's just the nature of reality TV, and I knew going into it that not everything that you do and say is going to make it to air. There's more to the story than the short version that you see.

Would you be open to doing the show again?

I would have to get to a different place with Lindsay. I think with everybody else, our friendships are pretty good and we're in a good place. After the summer, everybody needed a little bit of space and time to themselves, but I feel like Lindsay and I are really not on great terms. If her and I could get to a better place, I would be open to doing it again. I've done houses with Kyle and the twins before, so it's kind of like tradition. I would be open to doing it if everyone could get to a civil place.

Do you think there's room for more people in the group, though?

More from AOL.com:
Julianne Hough on planning a tour with brother Derek: 'It's the most stressful thing I've ever done'
Star Jones talks open heart surgery, being 'morbidly obese' and the importance of the Affordable Care Act
Connie Britton on standing up for women, 'Nashville' and her brand-new mission