Connie Britton on standing up for women, 'Nashville' and her brand-new mission 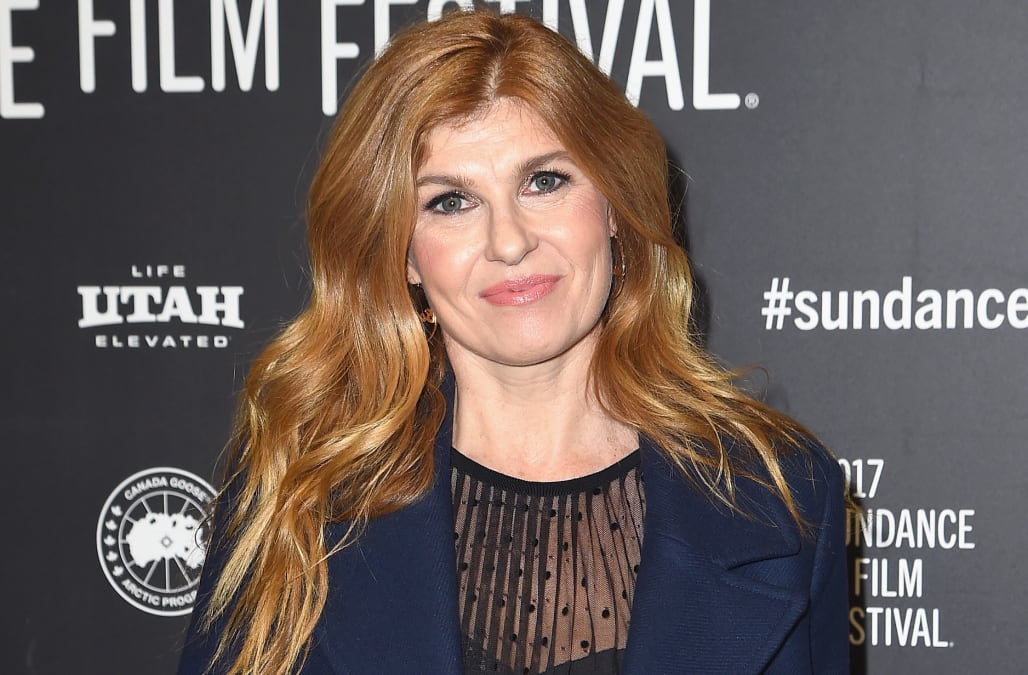 Connie Britton has been a fierce advocate for women throughout her career. The "Nashville" actress, who has been a supporter of Planned Parenthood for years and most recently walked in the Women's March in Park City during the Sundance Film Festival, is making it her mission to spread a new kind of awareness this month.

Britton wants women around the world to recognize the urgent importance of heart health, which is the No. 1 health risk for women.

SEE ALSO: Kathryn Hahn talks 'Bad Moms' sequel: 'You're going to get to meet our moms!'

The former "Friday Night Lights" star is partnering with Quaker to spread the message and to urge women to take care of themselves -- something that doesn't always come naturally to all women, she admits.

I sat down with Connie Britton last week to talk about her mission to combat heart disease in women during American Heart Month, this season of "Nashville" and the "strange moment" that came with its switch from ABC to CMT.

26 PHOTOS
Connie Britton out and about
See Gallery

Check out my full conversation with Connie Britton below:

Talk to me about this initiative with Quaker to spread awareness about heart health. I feel as though the general public knows that heart health is generally a serious problem, but isn't aware of the specifics.

I think what the general public may be less aware of is the fact that heart disease is the No. 1 health risk for women in the country, and I just think that is a staggering statistic. That is not known! That's why when Quaker came to me to ask if I would help get the word out about this, I was stunned -- especially as a woman.

There really are some crazy statistics around heart disease in women.

Yeah, and that was not something I ever thought I would ever have to worry about! So, as an advocate for women, it felt to me like a really important conversation to get out there and start talking about. Also, when I first heard this statistic I thought, "Oh, my God! My heart!" That was the other thing: I have subsequently discovered that you can get a very simple screening that will give you a lot of information about how your heart is doing and how you can be preventative in terms of getting into a risk situation.

Have you done the test? Was it easy?

Super simple! You can do it as part of a physical. Women, in particular, notoriously take care of everybody else and don't take care of themselves, so I also really want to encourage women to take the time that you need so that you can do this really simple screening. It's straightforward, and you get a lot of information. It's incredibly important to take time for yourself, and I think we lose sight of that.

And, as you said, you're a particularly huge advocate for women and women's rights. It seems as though this partnership fits right into that.

It really does. I just want women to talk to each other about this issue, and I think the more we talk to each other about it, the more we can support each other in valuing ourselves and doing the things that we need to make ourselves healthier. Doing that, we can be so much more effective to our families and workplace and all of the things that are important to us. It's really a win-win. Let's make heart health sexy!

What are some other things that women can do every day to help combat health heart issues?

Well, obviously eating right and exercise are really, really important and effective and preventative. Quaker has been involved with heart health for years and years and years, and part of that is because oatmeal is actually really good for your heart! As women -- and particularly as moms, because I'm a fairly new mom -- one of the first things I noticed when I was a new mom was that I stopped taking care of myself completely. I'm just focused on making sure he's good, and a lot of times I end up eating whatever he's eating, and I quickly learned -- because I've always loved oatmeal -- that he loved it, too! It was like, "Bingo!" We can both have a great start to the day together.

I'm a huge "Nashville" fan, and it's been really awesome to watch the show evolve over the years -- it's changed a lot! -- but it was also good to see that it remained more or less the same show when it made the switch from ABC to CMT before this season. Have you noticed any changes?

On the day-to-day level, not so much. At this point we're in season five, so it's a well-oiled machine. One thing we've found with CMT is that they're really passionate and enthusiastic about the show, and you can really feel that. It kind of breathes new energy into what we're doing. We also have new wonderful showrunners who have been great to work with, so that has also put everybody in a good place, too. But, yeah, "Nashville" is still "Nashville!"

What has the reception from fans been like since the move happened?

People seem to be really be loving the show this season. You know, look: We are only on the air at this point because of our fans. We have the most amazing fans in the world, and that is just so gratifying. For us, we especially now feel like we want to serve them, and so far the feedback has indicated that they're really happy with that.

After news broke that CMT was picking the show up, there was also this weird skepticism around whether or not you would be coming back. What did you make of that?

It was very weird for me, too. That was a strange moment, and there is still all kinds of chatter. I'm like, "Yeah, y'all just keep talking..."

I recently interviewed Joseph David-Jones, who plays Clay on this season of "Nashville." He plays Maddie's love interest, and it's really the first time that the show is tackling race head-on. As her on-screen mother, what do you think of this storyline?

I think it's great! It's funny because, of course, there was the whole issue that came up where Maddie confronts Rayna and says, "Oh, you don't like him just because he's black!" Even when I read that, just reading the script, I was like, "No, no, no." [Waves finger] And I actually thought, "There's no way that Maddie would even think that about her mother." But, you know, I also think it's interesting, because they have this challenged relationship, so that could be something that Maddie would float out there. We also had some conversations about how she would respond to that, because we had never seen any indication that Rayna would not be okay with that.

Definitely. What do you see the lasting impact of "Nashville" being?

One of the major impacts that our show "Nashville" has had is on the city of Nashville. That city is thriving, and people are coming in every single day. It's really wonderful to see that people are appreciating this town and its music and the great artistry that comes out of it.

Where do you see Rayna by the end of the show?

Honey, I could never even begin to contemplate that. I'll leave it for the writers!