Shaq's ex-wife, kids share photo of Kobe and Gianna Bryant at basketball game the day before their deaths 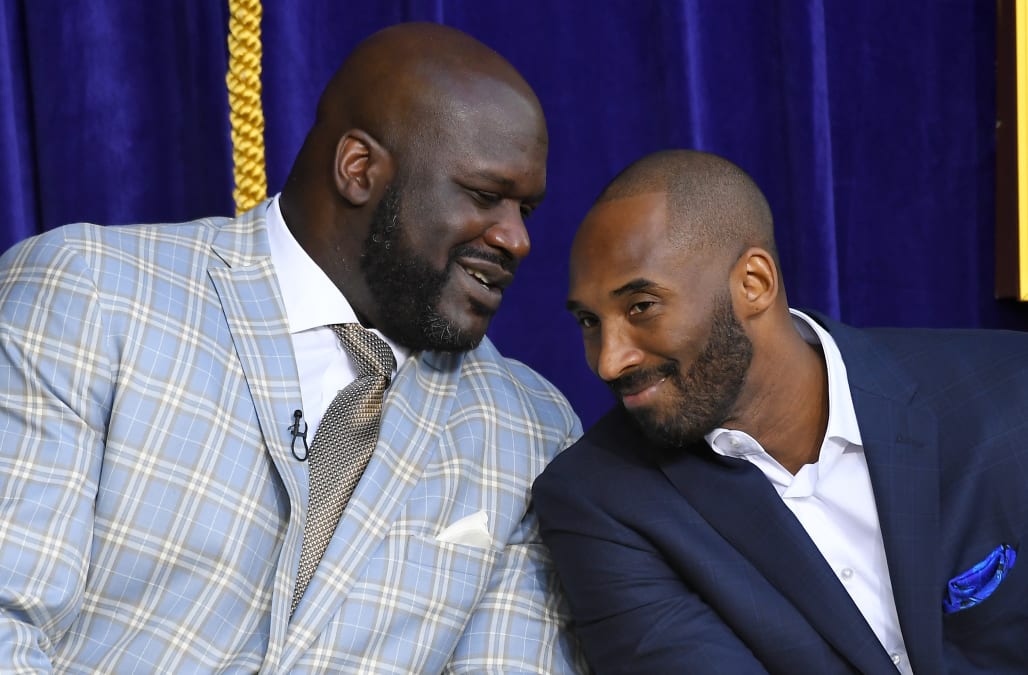 Shaunie, Shareef and Me'arah O'Neal are continuing to pay tribute to two lost lives who were like family to them.

The ex-wife, son and daughter of Kobe Bryant's former Los Angeles Lakers teammate Shaquille O'Neal all took to Instagram to share the same photo of Bryant and his 13-year-old daughter, Gianna ("Gigi"), watching Me'arah play basketball the day before their tragic deaths.

"I was trying so hard to impress both of you," Me'arah, also 13, captioned the photo of the Bryants watching her from a balcony at the Mamba Sports Academy as she attempted foul shots. "Please watch over me, you'll always be with me!"

In the lengthy post, Me'arah also wrote that she ran over to Bryant immediately after the game was completed, and he told her that her game was "looking great" and that she should join him in the gym, among other "honorable things."

I knew y’all was watching over me! i was trying my best to impress both of you, going so hard till i can’t breath no more! Right after this game... I ran over too you Unc 🙏🏽... just wondering what i was gonna say or do. U told me my game was looking great. U told me i was better then good enough to make it. U told me to get in the gym with you. U told me so many honorable things, it’s hard to even think about it 💔 Thank you Unc, Please watch over me, you’ll always be with me! both of you! forever and always 💔🙏🏽🕊

Her brother, Shareef, and mother, Shaunie, also shared the photo to social media via their Instagram Stories.

"Yesterday 💔," Shaunie wrote on the photo, along with the hashtags "#longlivegigi" and "#longlivekobe"

"You and Gigi were just watching [Me'arah] the day before," Shareef, who received a message from Bryant just hours before his death, wrote. 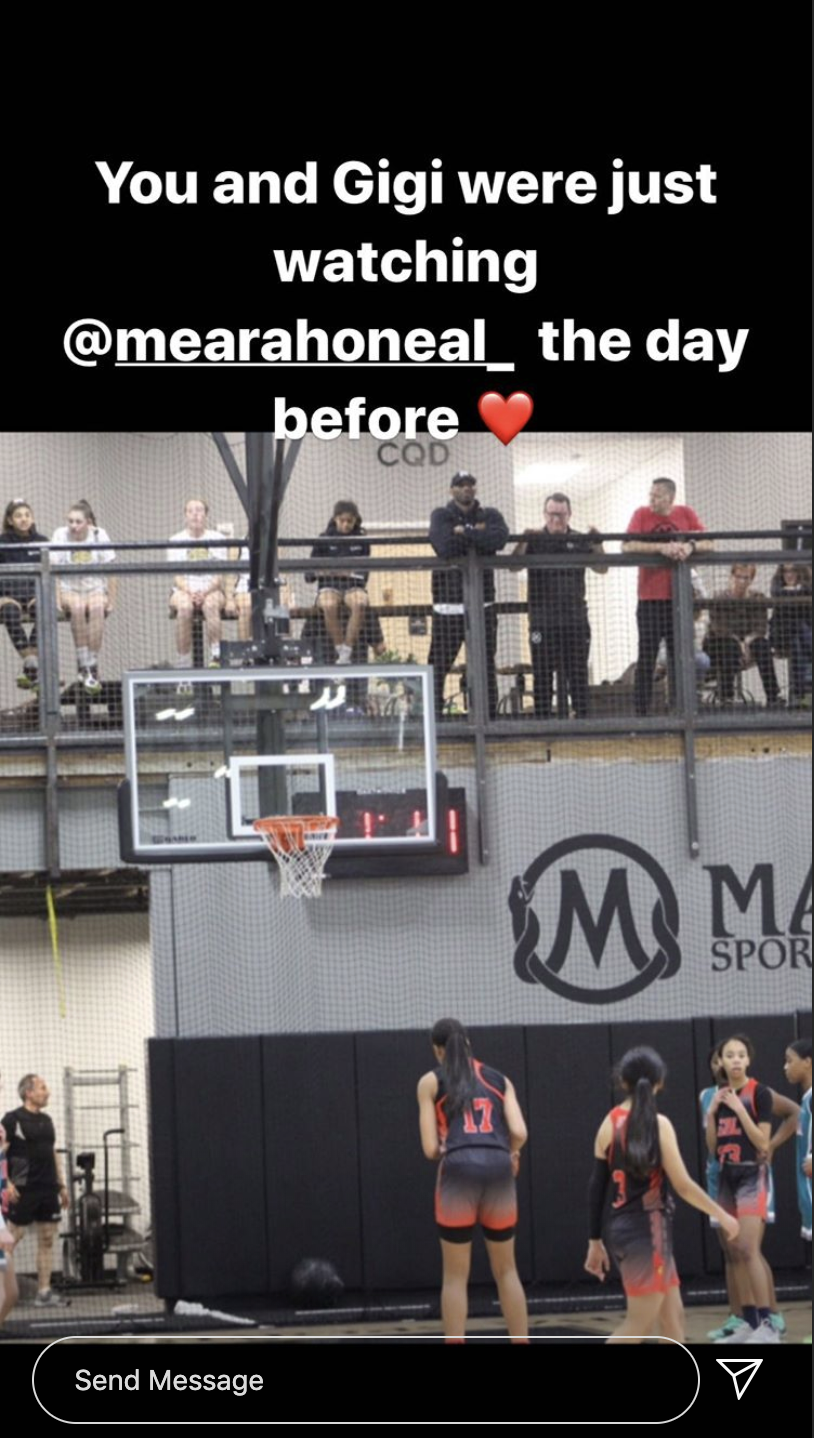 The children's father, Shaquille O'Neal, who won three championships playing alongside Bryant with the Los Angeles Lakers, was among the first to publicly react to the helicopter crash that claimed the life of a man he called his "brother."

Bryant, 41, and Gianna were among nine victims of the crash in Calabasas, California on Sunday.