Drew Brees on new contract with the Saints: 'It's not a matter of if ... it's when' 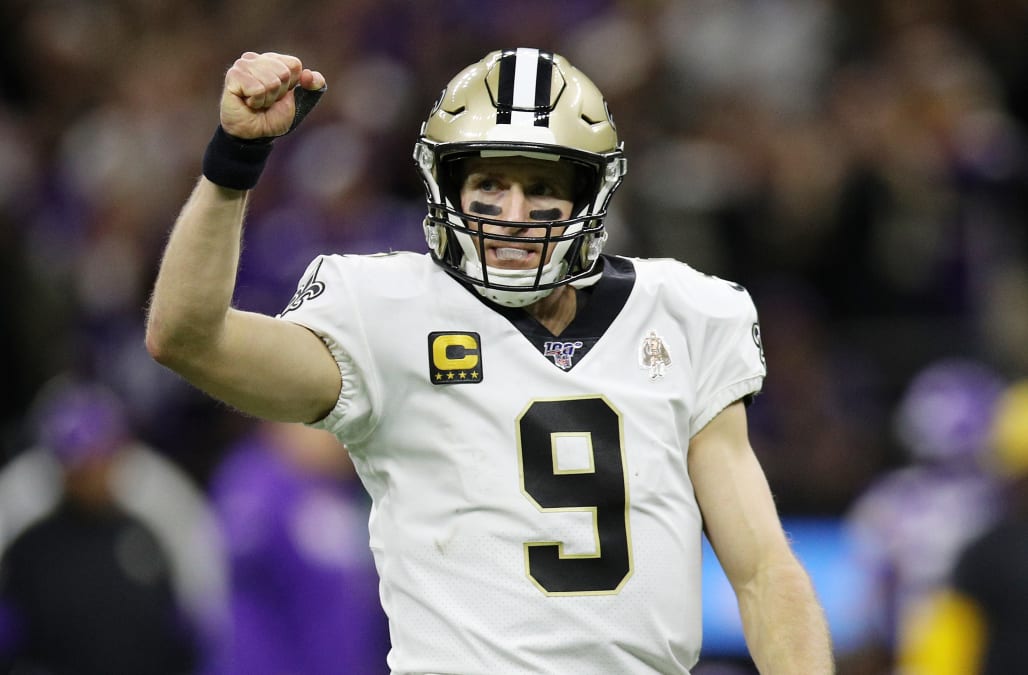 New Orleans Saints quarterback Drew Brees is confident he'll be returning to the Superdome in black and old gold next season, despite his impending free agency.

While at the Pro Bowl in Orlando, the NFL veteran discussed his future with NFL Network's Jane Slater and seemed sure that everything will work out between him and the franchise he has been a part of since 2006.

"It's not a matter of if it gets done, it's when," he said. "Obviously in this stage of my career, it's not a given that I'm coming back every year, but when that time comes, I'll always be a Saint."

SEE ALSO: Tom Brady sends message to Patriots fans after plea for him to stay found carved in ice

The longtime quarterback, who turned 41 this month, recently stated that he believes he can play for "another three or four years." He is the second-oldest quarterback in the league behind 42-year-old Tom Brady, who is also entering free agency this offseason. On Friday, 39-year-old New York Giants quarterback Eli Manning officially announced his retirement from the league, a path both Brees and Brady seem unlikely to take.

Brees has also reportedly received calls about taking on a role in broadcasting, but if his statements at the Pro Bowl are to be believed, that career change will likely be put on hold.

More from Aol.com:
Report: Antonio Brown turns himself in to police in Florida
Lamar Jackson: 'I was hurt. I was depressed' after loss to Titans
Robert Kraft changes tune, says Patriots 'plan to' bring back Tom Brady