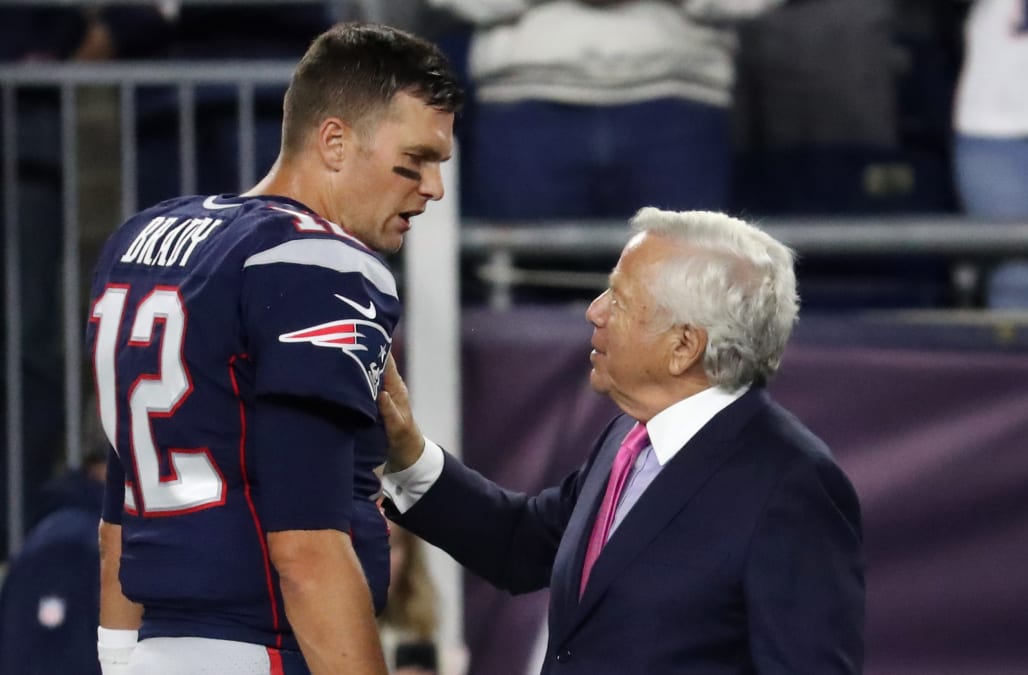 New England Patriots owner Robert Kraft's hopes and prayers have apparently turned into concrete plans — at least if his comments to TMZ on Wednesday are to be believed.

In a clip posted by TMZ Sports, Kraft is asked if the Patriots will be keeping Tom Brady — who is about to be a free agent for the first time in his NFL career — in New England this offseason.

The response is a significant leap from Kraft's previous statements on the matter, which he made after the Patriots' loss to the Tennesee Titans in the wild-card round of the postseason.

SEE ALSO:  Tom Brady sends message to Patriots fans after plea for him to stay found carved in ice

"My hope and prayer is number one, he [plays] for the Patriots. Or number two, he retires," Kraft said of Brady's impending offseason decision. "He has the freedom to decide what he wants to do and what’s in his own best personal interest."

Brady himself has said that it's "unlikely" he will choose to retire and that he "loves" playing for the Patriots, but has also stated that he is "open-minded" about what his future in the league may hold.

Kraft's comment to TMZ, of course, doesn't confirm that a new agreement between the Patriots and Brady is a sure thing. Additional rumored landing spots for the six-time Super Bowl champion have included the Los Angeles Chargers and, more recently, the Las Vegas Raiders.

Brady will turn 43 just before the start of next season. He has only played for New England since being drafted 199th overall in 2001.

More from Aol.com:
Aaron Rodgers's comments on religion 'hurtful' to estranged family
The Raiders have officially moved out of Oakland
Get Super Bowl ready with NFL-approved merch