'Ticking time-bomb' Aaron Hernandez blamed mother for how he turned out: 'You f----d me up' 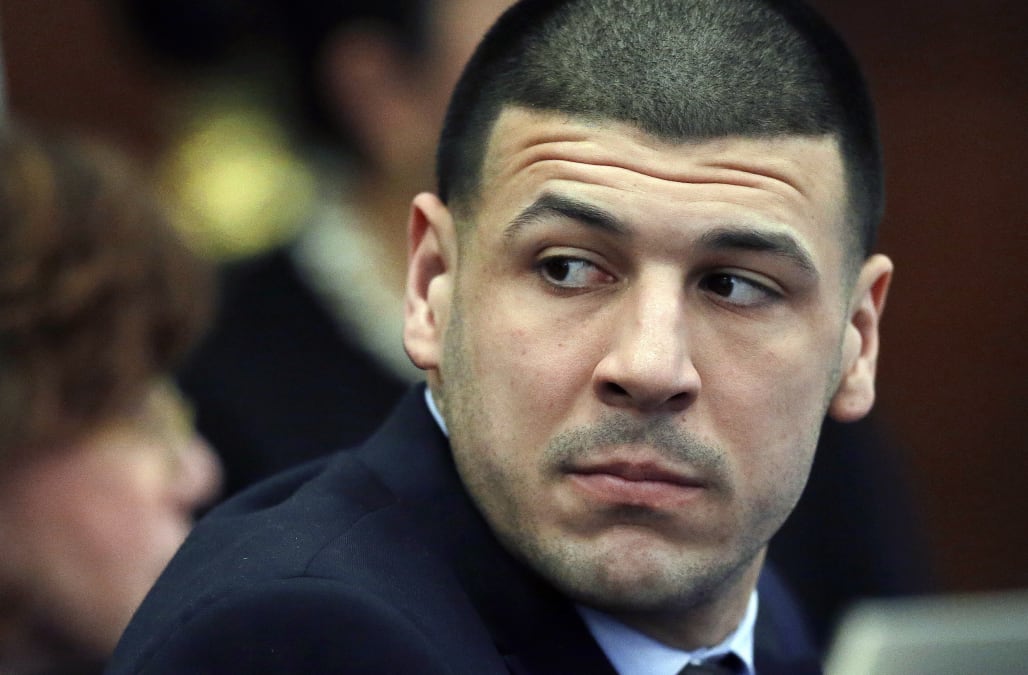 An extended trailer for Netflix's upcoming docuseries about former NFL star Aaron Hernandez gives a deeper glimpse into the life he had prior to his crimes.

The former New England Patriots tight end died by suicide in his prison cell in 2017 while serving a life sentence for the murder of semi-professional football player Odin Lloyd, who was dating his fiancée's sister at the time. Hernandez's death came five days after he was acquitted of double murder charges in connection to a 2012 shooting outside of a Boston nightclub.

Those who knew Hernandez described him in the trailer as "kind" and one of the best football players in America — and a "ticking time-bomb" who was "operating on the edge."

One of the more chilling parts of the trailer comes about halfway through when an audio recording is played of Hernandez speaking with his mother, Terri Hernandez.

"I was the happiest little kid in the world, and you f—ed me up," he said.

When his mother rebuts, saying she "ain't living with that," Hernandez doubles down on his accusation.

"You did," he said. "I had nobody. What did you think I was going to do? Become a perfect angel?"

Hernandez, who was born and raised in Bristol, Connecticut, attended college and played football at the University of Florida. He was drafted in 2010 by the Patriots, where he played until his release from the team after his arrest in connection with Lloyd's murder. Former teammate Rob Gronkowski is shown in the documentary's trailer refusing to discuss Hernandez with an interviewer.

The full series, titled "Killer Inside: The Mind of Aaron Hernandez," will be released on Netflix on January 15.