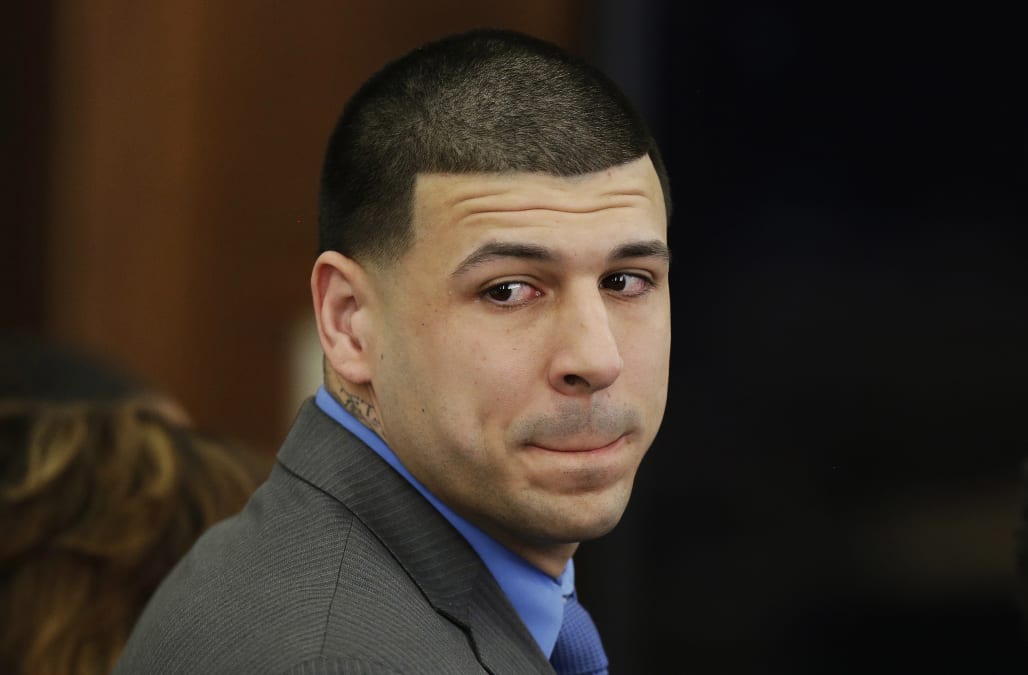 The rise and fall of former NFL star Aaron Hernandez will be profiled in a new documentary series coming to Netflix early in the new year, the streaming service announced via Twitter on Thursday.

A brief teaser for the three-part series, titled "Killer Inside: The Mind of Aaron Hernandez," includes audio of the former New England Patriots tight end making a collect phone call.

"You know my temper," Hernandez can be heard saying as the eerie trailer comes to an end.

Killer Inside: The mind of Aaron Hernandez. From the studio that brought you Making a Murderer and Evil Genius, witness the rise and fall of the infamous athlete Aaron Hernandez. How can someone who had everything throw it all away? January 15, only on Netflix. pic.twitter.com/tak2JAwXj5

Hernandez, who appeared in one Super Bowl during his three years as a tight end for the New England Patriots, was arrested in 2013 in connection to the murder of semi-professional football player Odin Lloyd, who was dating the sister of Hernandez's fiancée at the time. Hernandez was found guilty of first-degree murder and sentenced to life in prison.

Hernandez was also indicted for a 2012 double homicide while on trial for the killing of Lloyd but was acquitted in 2017. Days after the acquittal, Hernandez was found dead in his Massachusetts jail cell. The death was ruled a suicide.

After his death, Hernandez's brain was tested by researchers at Boston University for chronic traumatic encephalopathy, or CTE. His attorney, Jose Baez, said that Hernandez's case of CTE was "the most severe case" researchers had ever seen.

The series, which comes from the same studio that created popular true-crime series "Making a Murderer," will be available to stream on January 15.

More from Aol.com:
Coach made famous by 'Remember the Titans' dies at 84
Antonio Brown is the most searched athlete — and person — of 2019
Former NBA commissioner David Stern remains in serious condition