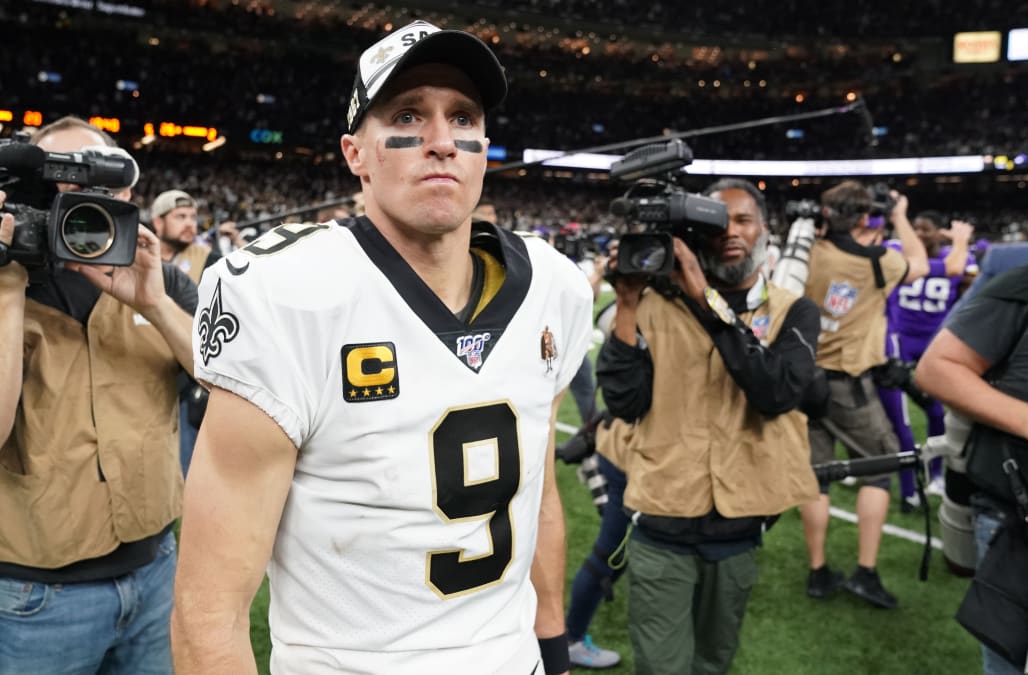 Drew Brees and his New Orleans Saints were shocked in the wild-card round of the NFL playoffs on Sunday when they were upset by the Minnesota Vikings and knocked out of the postseason.

As has been the norm with the Saints' losses lately, the game didn't come without its fair share of controversy, specifically regarding the overtime touchdown by Minnesota that won the game.

While New Orleans fans continue to stew over the perceived mistake (and another against their NBA team, the Pelicans), it appears Brees is moving on and choosing to enjoy his offseason with his family.

SEE ALSO: Carson Wentz posts update on health after hit to head: 'It's the unfortunate part of this game'

On Tuesday, Brees shared multiple photos to Instagram to commemorate the end of the season: one with his teammates, and one of his daughter, Rylen. The latter photo Brees noted that he "could not post" during the season — because the sweet snap is of Rylen studying her father's call sheet.

One of my favorite photos from this season… I could not post it until now. Rylen looking at Daddy’s call sheet for the game! Lots of plays!

With the young girl clad in Grinch-themed pajamas, we guess the photo, which the quarterback called one of his favorites from the season, had been saved in Brees's phone for several weeks.

Fans flooded the comments of both of Brees's Tuesday posts with messages of love and support. The NFL veteran gave a shout to the team's support system underneath his first photo from inside the Saints' locker room.

So many great memories and moments from this season with this team. Thank you Who Dat Nation for all your love and support!

Brees, who turns 41 on January 15, will become a free agent in March — though it's reportedly unlikely that he would choose to leave New Orleans this offseason.