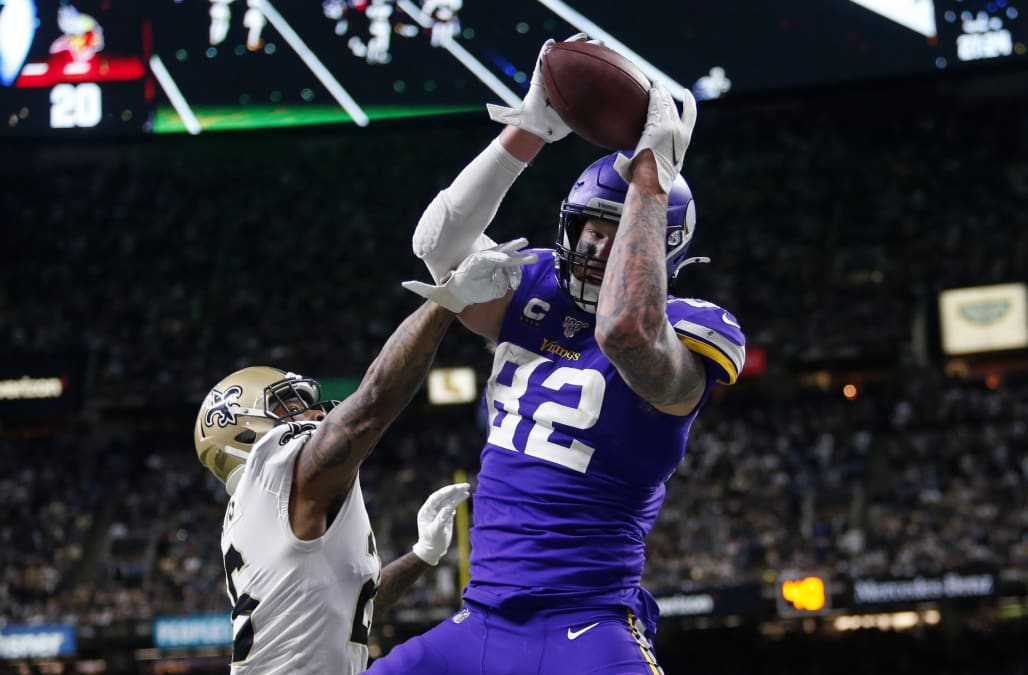 New Orleans Saints fans are going to spend another offseason mad at the NFL.

The league reviewed the controversial touchdown catch that eliminated the Saints from the playoffs Sunday and determined there was no pass interference on the play.

The NFL admits there was contact between both Kyle Rudolph and P.J. Williams, but it wasn’t enough to warrant a flag.

"All angles of the final play of #MINvsNO were looked at in New York – there is contact by both players, but none of that contact rises to the level of a foul." - AL pic.twitter.com/FvnuA3I4cs

Al Riveron, the NFL’s senior vice president of officiating, also explained why officials made that call quickly. Riveron credited Fox for supplying the league with a few angles of the play. That footage allowed the league to come to a quick conclusion regarding the catch.

The play in question occurred with 10:40 to go in overtime. With the Minnesota Vikings on the 4-yard line, Kirk Cousins threw a fade pass to Rudolph in the back of the end zone. Rudolph and Williams fought for position, and Rudolph came down with the catch easily. The play gave the Vikings the 26-20 win and eliminated the Saints from the playoffs.

While Riveron is confident in his assessment of the play, Saints fans aren’t likely to be pleased by the league’s explanation. From some angles, it looked as though Rudolph shoved Williams.

It doesn’t help that this is the second straight season in which the Saints have been eliminated from the playoffs thanks to a questionable non-call. The Saints lost to the Los Angeles Rams last season after Rams cornerback Nickell Robey-Coleman made contact with Saints receiver Tommylee Lewis too early. The refs did not penalize Robey-Coleman on the play, and the Saints had to settle for a game-tying field goal. The Rams eventually won in overtime.

As a result, New Orleans spent the entire offseason lobbying the league to make pass interference reviewable. The Saints got their wish, but even that wasn’t enough to save them Sunday.

9 PHOTOS
The best photos from the NFL playoffs
See Gallery