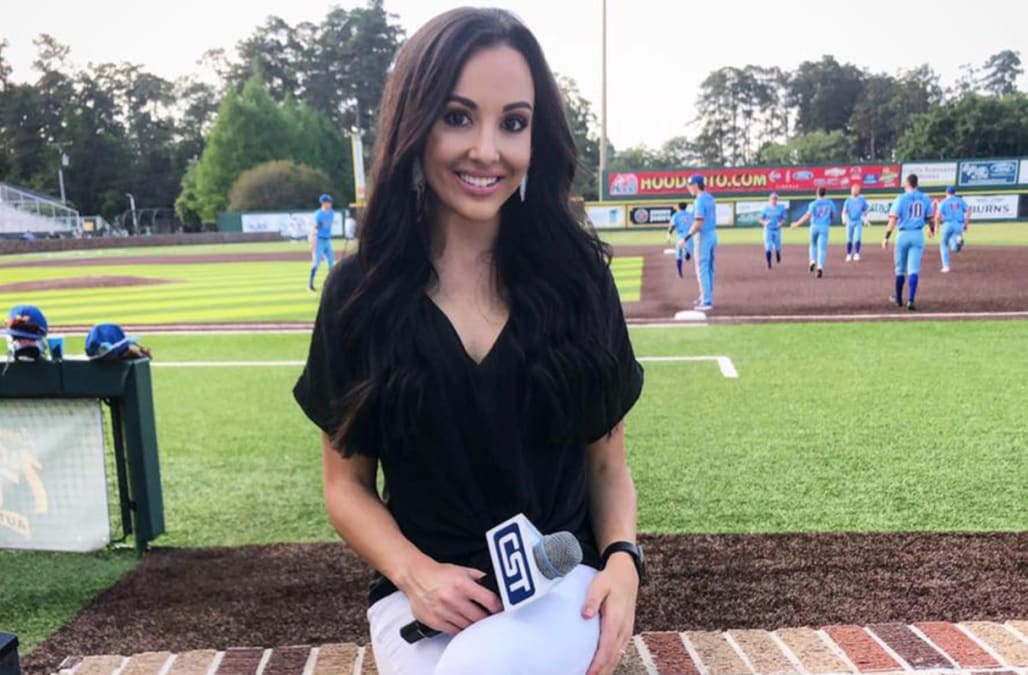 A seat was saved for late sports reporter Carley McCord at the Sugar Bowl in New Orleans on Wednesday.

McCord, 30, was one of five people killed in a plane crash in Lafayette, Louisiana, on Saturday while she was en route to the Peach Bowl between LSU and Oklahoma in Atlanta. The Louisiana native worked as a reporter for local NBC affiliate WDSU as well as an in-game host for the New Orleans Pelicans.

The Sugar Bowl, which is held annually in New Orleans's Mercedes-Benz Superdome, paid tribute to McCord by reserving a spot for her in the press box that included a vase of yellow roses and a card featuring her name.

Max Olson, a college football reporter for the Athletic, posted a photo of the touching memorial on Twitter:

Nice tribute here from the Sugar Bowl to reserve a seat for the late Carley McCord. pic.twitter.com/28RAm0wl9o

Georgia won the Sugar Bowl over Baylor by a score of 26-14.

McCord was the daughter-in-law of LSU offensive coordinator Steve Ensminger. Hours after news of her death was reported, LSU went on to win the Peach Bowl 63-28.

Funeral services for McCord will be held on Saturday in Baton Rouge, where she was born and raised.

More from Aol.com:
Husband of sports reporter killed in plane crash missed her final call
Remembering the sports figures and legends we lost in 2019
End of decade: Best plays of the 2010s