Top US general says no changes yet to transgender policy 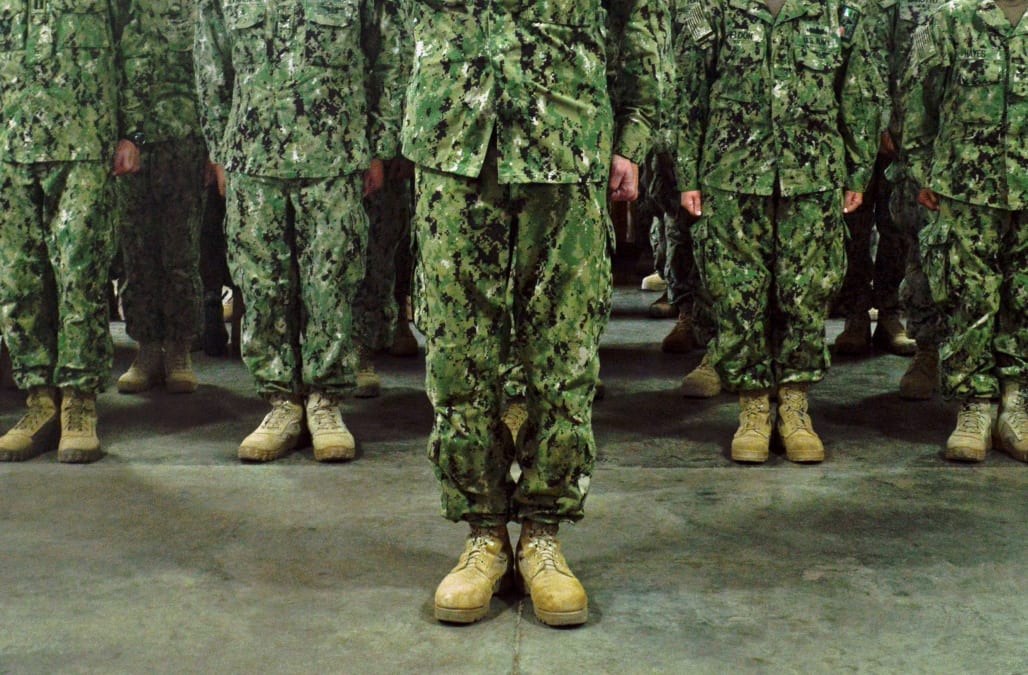 WASHINGTON, July 27 (Reuters) - The United States' top general told the military on Thursday there had been no change yet to Pentagon policy on transgender personnel, after President Donald Trump's announcement of his plans to ban them appeared to catch senior officers by surprise.

"I know there are questions about yesterday's announcement on the transgender policy by the President," Dunford wrote.

"There will be no modifications to the current policy until the President's direction has been received by the Secretary of Defense and the Secretary has issued implementation guidance," Dunford said in the message, first reported by Reuters.

Dunford then made the assurance that the U.S. military would "treat all of our personnel with respect."

Trump issued his surprise announcement on Wednesday morning in a series of Twitter postings, saying he would ban transgender people from the U.S. military, a move appealing to some in his conservative political base but creating vast uncertainty for active-duty and reserve transgender service members, who say they number in the thousands.

SEE ALSO: Mattis was on vacation when Trump tweeted transgender ban, and he was reportedly 'appalled' by it

The action came on the same day that the Trump administration told a U.S. appeals court in New York that federal law does not ban discrimination against gay employees, a sharp reversal of the position Democratic former President Barack Obama took.

As a presidential candidate, Trump last year vowed to fight for lesbians, gays, bisexuals and transgender people. His decision drew condemnation from rights groups and some lawmakers in both parties as politically motivated discrimination. But it was also praised by conservative activists and some of his fellow Republicans.

The White House said Trump had "extensive discussions with his national security team," and that Defense Secretary Jim Mattis was informed after the president made the decision on Tuesday to go ahead.

But one official, speaking on condition of anonymity, said Dunford, in a separate message sent more narrowly to heads of the Army, Navy, Marine Corps and Air Force, acknowledged that Trump's announcement on Wednesday was "unexpected."

Trump cited "tremendous medical costs and disruption" as a justification for the ban, a point disputed by experts and advocates for allowing military service to be determined by an individual's capabilities, not gender identity or sexual preference.

Trump's tweets stoked alarm among some senior military officers and Pentagon civilians, who were caught off guard by it, three general officers in two services said early on Thursday.

"I hope our commander in chief understands that we don't transmit orders via Twitter, and that he can't, either," one said by telephone, speaking on the condition of anonymity

SEE ALSO: Pro-LGBT Ivanka Trump tweet being used against her after military ban on transgender people

"Even if this were an order, implementing it legally would take considerable time, if it's even possible."

Trump's threat to ban transgender service members unleashed a storm of legal threats from advocates who say they are seeking plaintiffs who want to sue.

Trump's surprise tweets did not make clear when a ban reversing Obama's policy to allow transgender people to openly serve would go into effect, nor whether it applies to serving members of the military or those wishing to join.

But if the Defense Department actively roots out transgender people and discharges them from the military, the Pentagon is likely to face an especially contentious fight, legal experts say.

It was also unclear whether it might go beyond active-duty forces and apply to members of the reserve.

Indiana National Guard reservist Cameron St. Andrew, who resigned from full-time service after the November election, told Reuters he was concerned about his status.

"I try to be tough about it," he said, but added: "It breaks your spirit down."

One active-duty U.S. military officer, speaking on condition of anonymity, said senior officials were not consulted.

"We're scratching our heads and asking where the hell this came from," the officer said by phone, speaking on condition of anonymity.

"Maybe the president is in step with some members of Congress and some voters, but he is out of step with today's military. Our service personnel today don't give a damn about the personal lives of their comrades so long as they know they can trust them when it counts."

More from AOL.com:
The Justice Department appears to be gearing up for a legal fight with the LGBTQ community
Man sentenced for stabbing date 119 times after learning she’s trans
Transgender man says he was caught up in a 'witch hunt' while transitioning in military