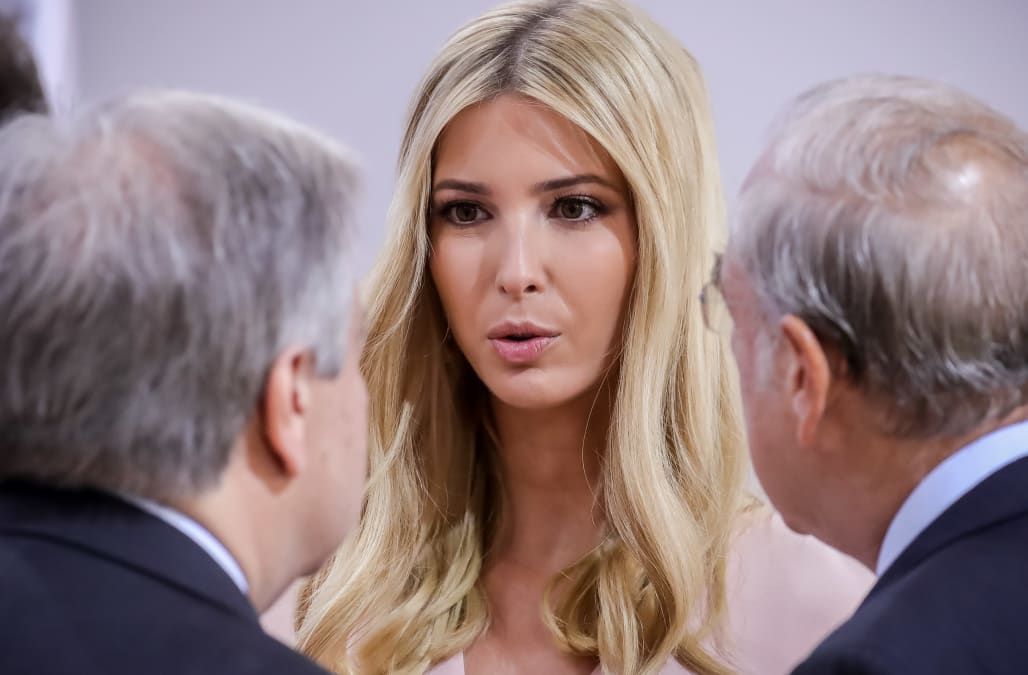 A June tweet from first daughter Ivanka Trump is coming back to haunt her following her father, President Donald Trump, announcing Wednesday morning that the U.S. will no longer "allow Transgender individuals to serve in any capacity in the U.S. Military."

"I am proud to support my LGBTQ friends and the LGBTQ Americans who have made immense contributions to our society and economy," the first daughter tweeted back in June, however many online are calling out the former runway model for not being a true "ally" to the LGBT community.

"So you still stand with them, despite your father's announcement today, @IvankaTrump? Will you stand up to @realDonaldTrump?" one user tweeted.

Another Twitter user asked, "Remember when people said Ivanka would be an ally for the LGBT community?"

Some online have also taken to Ivanka Trump's official Facebook to share their opinions on the latest Trump administration development.

"Ivanka can you comment on your dad's barring of transgenders in the military especially after you recently tweeted your support of the community and he repeatedly on the campaign trail bashed HRC for 'words' and promised his actions would prove he was the bigger supporter of LBGTQ rights???" Becky O Brien wrote on the first daughter's page.

Ivanka Trump came under fire earlier in the week after a four-year-old tweet of her misquoting Albert Einstein resurfaced over the weekend.