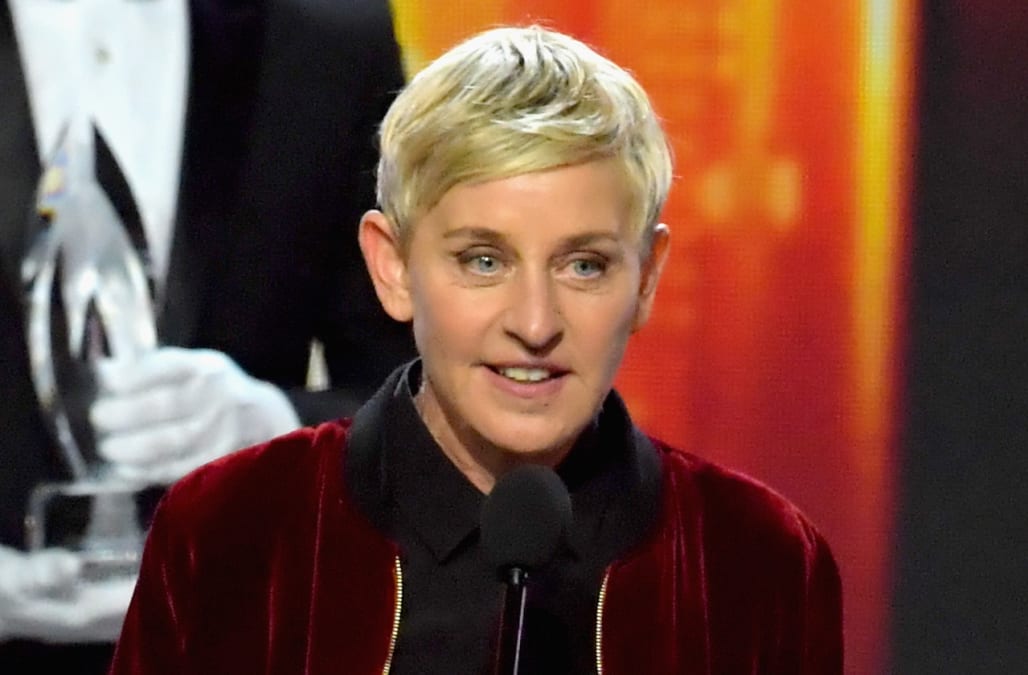 Following the news of the ban, the TV host shared an important message with fans on Twitter to express her disagreement.

"We should be grateful to the people who wish to serve, not turn our backs on them. Banning transgender people is hurtful, baseless and wrong," DeGeneres wrote.

We should be grateful to the people who wish to serve, not turn our backs on them. Banning transgender people is hurtful, baseless and wrong

DeGeneres previously expressed her dismay over the presidency when she used humor to address President Trump's refugee ban. In January, DeGeneres used her film "Finding Dory" to explain why she disagreed with the ban.

Here's how senators reacted to the ban:

RELATED: Before turning herself in, Abby Lee Miller gave a tearful interview about being "petrified" of her time in prison

"Dory arrives in America with her friends, Marlon and Nemo, and she arrives at the Marine Life Institute behind a large wall. And they all have to get over the wall. And you won't believe it, but that wall has almost no effect in keeping them out," she said. "The other animals help Dory. Animals that don't even need her. Animals that have nothing in common with her. They help her even though they are completely different colors, because that's what you do when you see someone in need. You help them."

In November, when Trump was first elected president, DeGeneres shared an inspiring message with her viewers to help bring give hope to Americans who were despondent about the poll results.

"You may have heard that there was a presidential election on Tuesday. The big winner was alcohol," she said at the time. "Obviously, a lot of people were disappointed with the results. My job is to be hopeful and make everybody feel good, so I am going to keep doing that as long as I can."

"If you are feeling a little anxious or scared, I am here to tell you that things can turn out okay!" she continued.