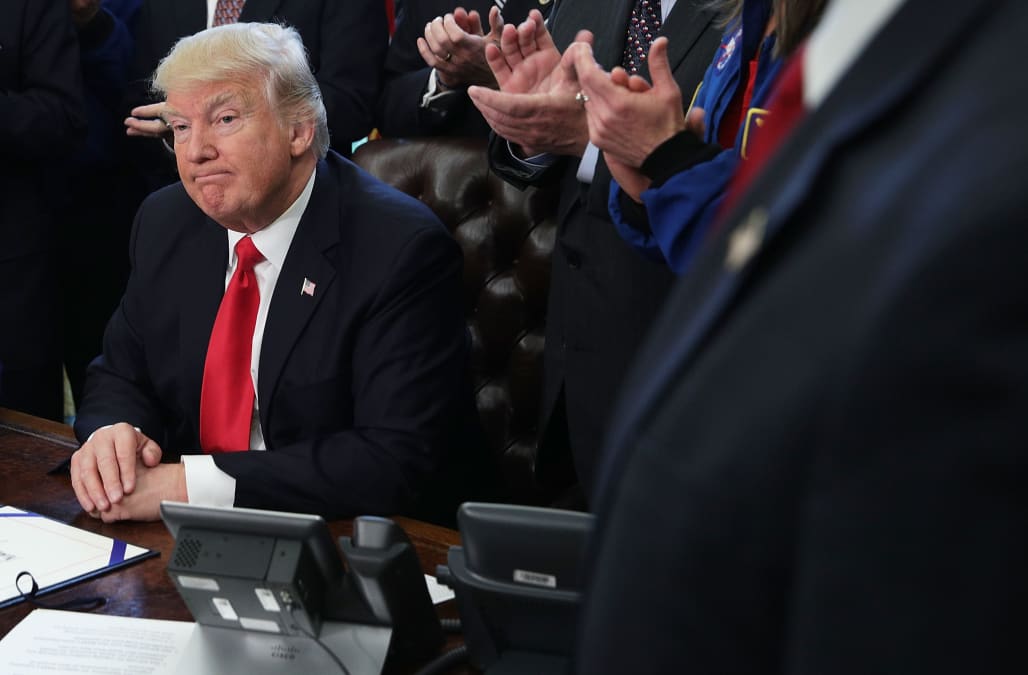 Congressman Ted Lieu called for a "total and complete shutdown" of any of President Donald Trump's agenda in response to reports that Trump associates may have coordinated with Russians during the campaign.

The California Democrat issued a fiery statement on Thursday in response to the allegations, arguing that Trump's presidency may be illegitimate and that his policies cannot be pursued until after an independent investigation assesses the claims.

"Congress cannot continue regular order and must stop voting on any Trump-backed agenda item until the FBI completes its Trump-Russia collusion investigation," Lieu said in the statement.

The demand comes in response to a report that emerged Wednesday night on CNN claiming the FBI has evidence to suggest Trump associates "may have coordinated" with Russians to impact the 2016 presidential election by releasing damaging information about Democratic nominee Hillary Clinton.

See the wildest reactions to the allegations against Trump's team:

On Wednesday, the top ranking Democrat on the House Intelligence Committee said in an interview that the evidence against Trump's team was more than circumstantial in nature.

"I can't go into the particulars, but there is more than circumstantial evidence now," Rep. Adam Schiff said in an interview with MSNBC.

On Thursday, Schiff's Republican counterpart, House Intelligence Committee Chairman Devin Nunes, revealed publicly and to the president that communications of Trump and his associates may have been captured by intelligence agencies conducting surveillance of foreign targets.

Trump set off a political firestorm over possible surveillance of his campaign earlier this month when he claimed in a tweet that Trump Tower had been wiretapped by former President Barack Obama. A spokesman for Obama quickly denied the claim, and officials came forward in the following days to clarify that the Justice Department and other intelligence agencies handle any surveillance directives.

Nunes apologized to committee members Thursday, according to Democrats, for briefing the president and the public on the information before speaking to the committee.

RELATED: See everything Trump has tweeted since becoming president