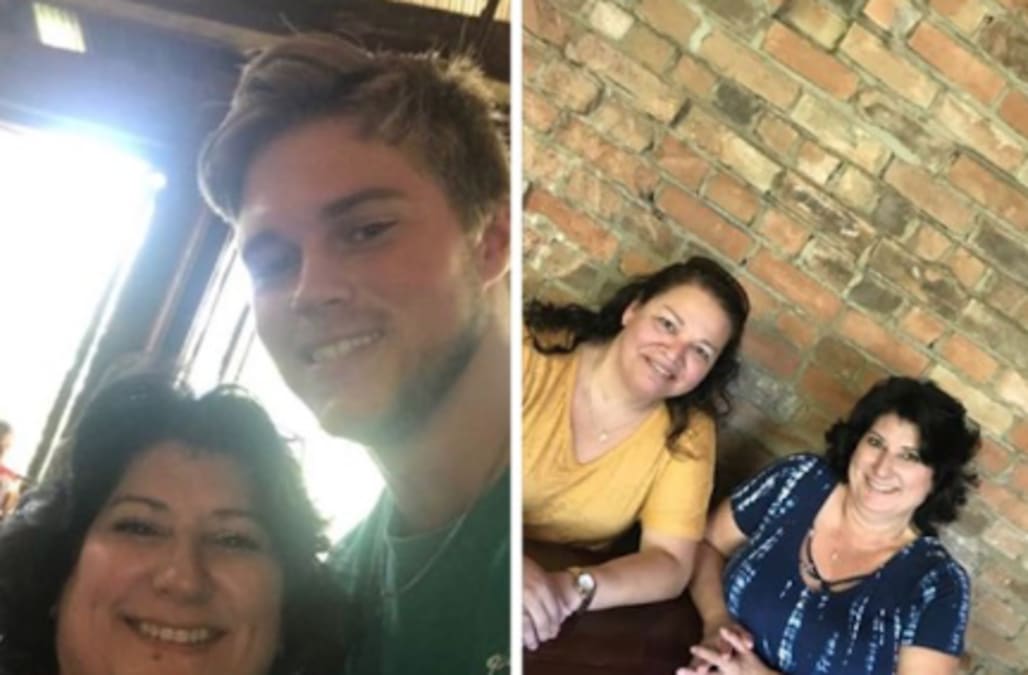 Most people decide to go out to eat not just for the food, but for the overall experience — the ambiance, the food, the company. And many of us know there's nothing better than having a waiter who isn't too hard on the eyes.

Most of us know what to do in such a situation -- maintain a professional level of chill and try keep it in your pants when he or she asks you if you want more iced water. But not everyone's clued into proper hot waiter etiquette.

SEE ALSO: Outback Steakhouse is at the center of the latest internet conspiracy theory involving the Illuminati and Satan

Unfortunately for Troy Hibler, a waiter from San Marcos, Texas, a customer named Denise seemed to have missed the memo -- and social cues -- when she quickly resorted to shocking sexual harassment.

It all began when she asked Troy for a selfie, which she later posted on social media. 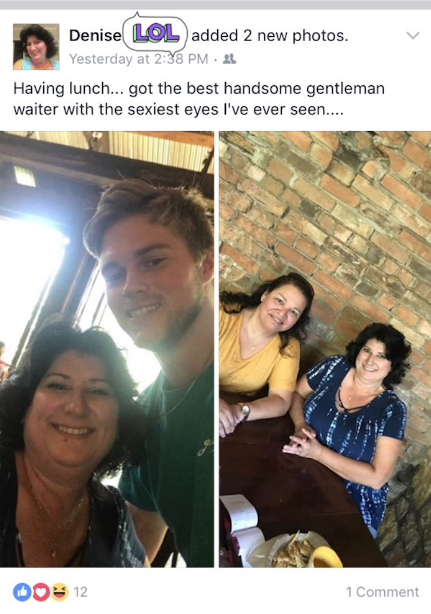 Okay — creepy level? Up there. Nothing too incriminating though, right? Could have just ben innocent fun.

But Denise's antics did not end there -- she then send Troy a friend request, and slid into his DMs.

Troy tweeted out this shocking screenshot from his Facebook messages. 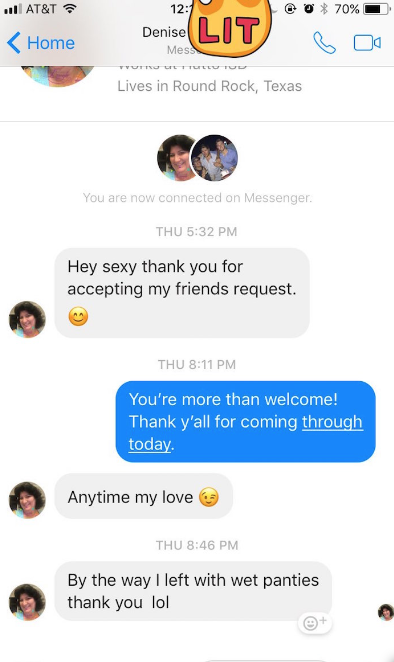 We're going to go out on a limb here and say the "panties" comment wasn't because Troy accidentally spilled a drink her was carrying onto her lap.

Troy tweeted about the incident simply calling it "an interesting day."

It was an interesting day... pic.twitter.com/D4x0exmh3f

But of course it didn't end there because in the age of social media, no one can stay anonymous for too long.

Take a peep at this response Troy received:

True, except in cases of sexual harassment, probably.

More on AOL.com:
McDonald's just did something brilliant to its drink trays that can never be undone
Hilarious Twitter thread that pairs fast food chains with zodiac signs is going viral
Chains like Chili's and Buffalo Wild Wings are failing because customers are changing their attitude toward healthy eating