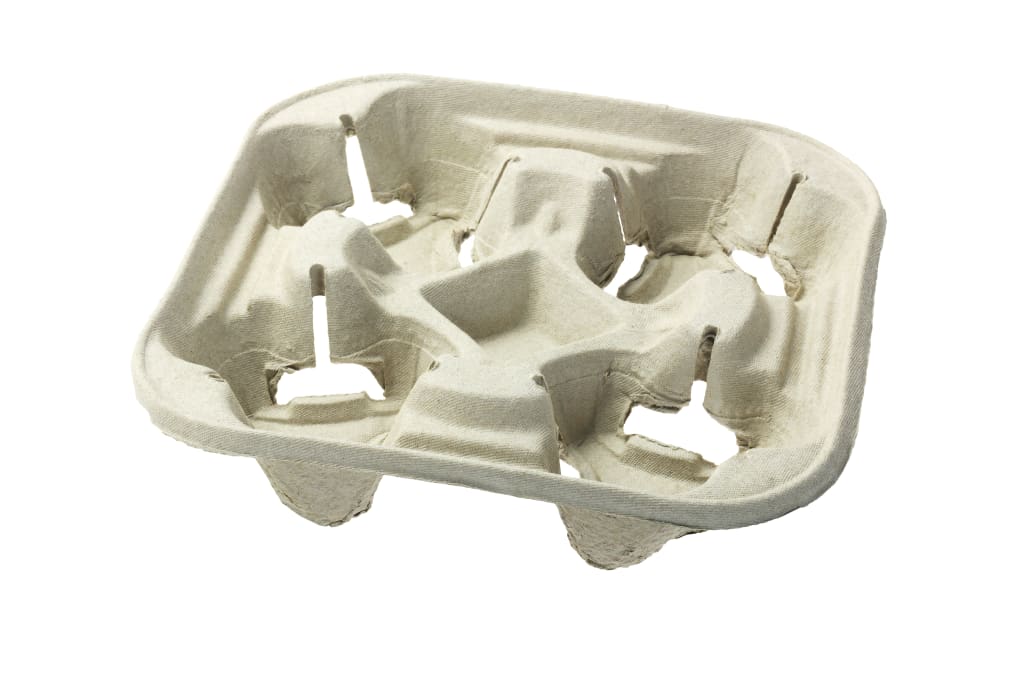 This will make noise.

The problem with innovation is that too many people talk it and claim it.

I am moved, therefore, by McDonald's, which managed to create something so simple, intelligent, and -- at least to some people -- useful that it can never be undone.

INC. TODAY'S MUST READS: Google Spent 2 Years Studying 180 Teams. The Most Successful Ones Shared These 5 Traits

Its Canadian arm got together with a couple of brains larger than its own -- from the design and fabrication studio Stacklab and the University of Waterloo -- and turned those recyclable drinks trays into boom boxes.

That sentence feels like it was written by someone who drank too much grappa in Napa, I know.

But please look at this video and perhaps even marvel at how you can turn the mundane into the Happy Mondays.

Apparently, boom boxes are based on "very simple amplification concepts."

I'd always thought they were based on a lot of bass and a propensity to annoy you on the beach.

INC. TODAY'S MUST READS: 20 Years Ago, Steve Jobs Demonstrated the Perfect Way to Respond to an Insult

Still, here is how to turn your drink tray upside down, make a couple of soi-disant speakers out of two flaps at the bottom, and place your phone in the middle.

Peek inside the fanciest McDonald's in America:

11 PHOTOS
Inside the fanciest McDonald's location in America
See Gallery

Inside the fanciest McDonald's location in America

Located in the small seaside town of Freeport, Maine, this McDonald's was first the historic Gore House. William Gore, a prominent Freeport merchant, built the mansion in 1850.

Source: The New York Times and The Freeport Historical Society

The building was converted into Freeport's only McDonald's in 1984.

The town of Freeport has strict building design codes, and McDonald's wanted to build a location in a residential zone.

But McDonald's was eventually granted a permit to remodel the Gore House. Freeport allowed its construction, but only if the restaurant retained the town's aesthetic.

''What we are doing there is something we probably have never done before in terms of design and the amount of time and effort involved," said Stephen Leroy, manager of McDonalds' media relations, in 1984. ''We are willing to spend the money to make it compatible with the area, the history, the community and the people who live there.''

Inside, it looks like a McDonald's but still retains that classic New England style.

It serves typical menu favorites, like Big Macs and McFlurries ...

The corporation built a drive-thru on the building's side, too.

​​​​​It's surrounded by L.L. Bean's headquarters, an outlet mall, and luxury stores like Polo Ralph Lauren and Burberry.

It's not the only arch-less McDonald's in the US. Colonial-style locations have also been built in New Hyde Park, New York, and Independence, Ohio.

You might think this was just a little amusement to peddle as PR. You'd be right, of course.

However, the Everyday Foodie reports that customers at the Woodbine Beach branch of McDonald's in Toronto were given these things in a McFlurry of celebration on Saturday.

I know that some will be disturbed that, if this becomes a nationwide thing, the serenity of their local McDonald's will be forever threatened.

I, though, can only think that this represents an extremely hopeful step in integrating creative thinking into the staid world of fast food.

INC. TODAY'S MUST READS: This Plane Almost Ran Out of Fuel for the Most Ridiculous Reason (Yes, the Pilots Were Suspended)

Just imagine if you could turn your McDonald's beverage cup into a microphone. Or even a megaphone.

Wouldn't that be uplifting?

I foresee a rival to American Idol in which all the participants make their music using recyclable items from McDonald's.

It will be called America's Got Musical Nuggets. Or something else.

More from Inc.:
You Can Rework Company Culture. Start by Reworking Your Office