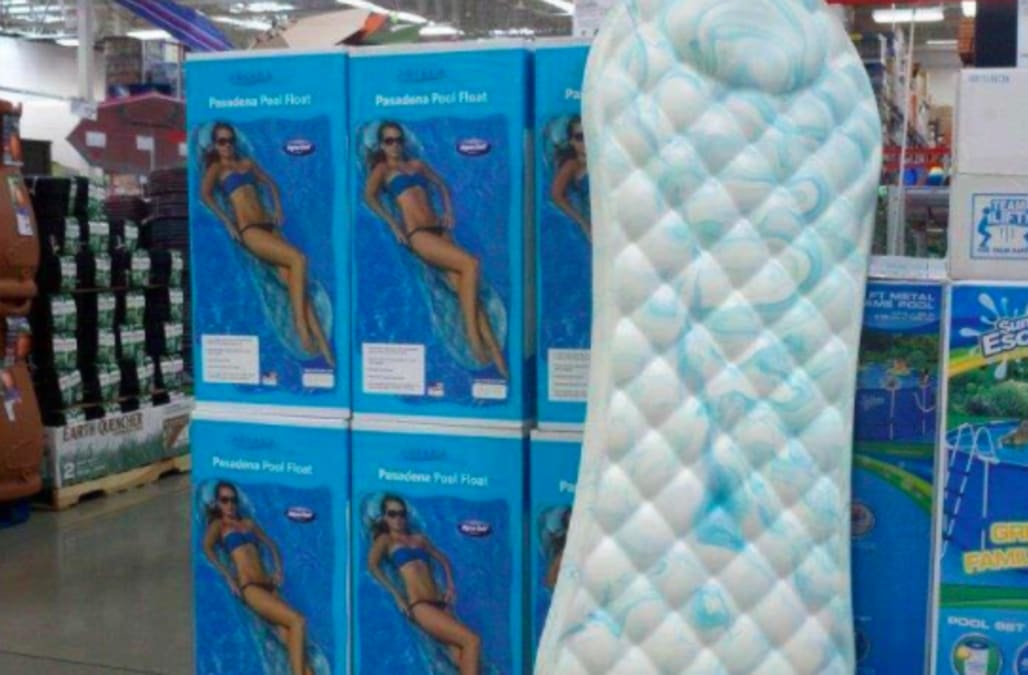 This summer, everyone wants to stand out in a sea of donut-shaped tubes and ubiquitous swans -- but is this giant maxi pad the next Instagrammable flotation device?

SEE ALSO: Amazon has a secret weapon that is crushing the competition

Twitter user Jillian David was shopping in what appears to be a warehouse club when she stumbled upon a rather questionable-looking pool float.


Focus group. This could have been avoided with 1 focus group (of women). pic.twitter.com/C76lv5ji33

David promptly tweeted out the photo with an absolutely savage caption: "Focus group. This could have been avoided with 1 focus group (of women)."

How are you going to tell us that there wasn't even one person that looked at that and though, "Eh, probably not."

Perhaps it was a marketing ploy to get people talking and purchasing the product but at that point you might as well just call it what it is.

The Aquaria Pasadena Pool Float, which is available on Amazon for a whopping $79.50, has garnered quite the response for Amazon users feeling the same sentiments as the Twitterverse.

"I cut mine into 6,340 individual "pool floats". No more trips to Costco every month," joked an anonymous user.

Some users were a bit more coy when breaching the subject, like Dawn Cline who commented "An absolute must for your trip to the Red Sea!"

What a period of time to be alive!