Amazon is discounting a bunch of new smartphones for Prime members, but there's a catch (AMZN) 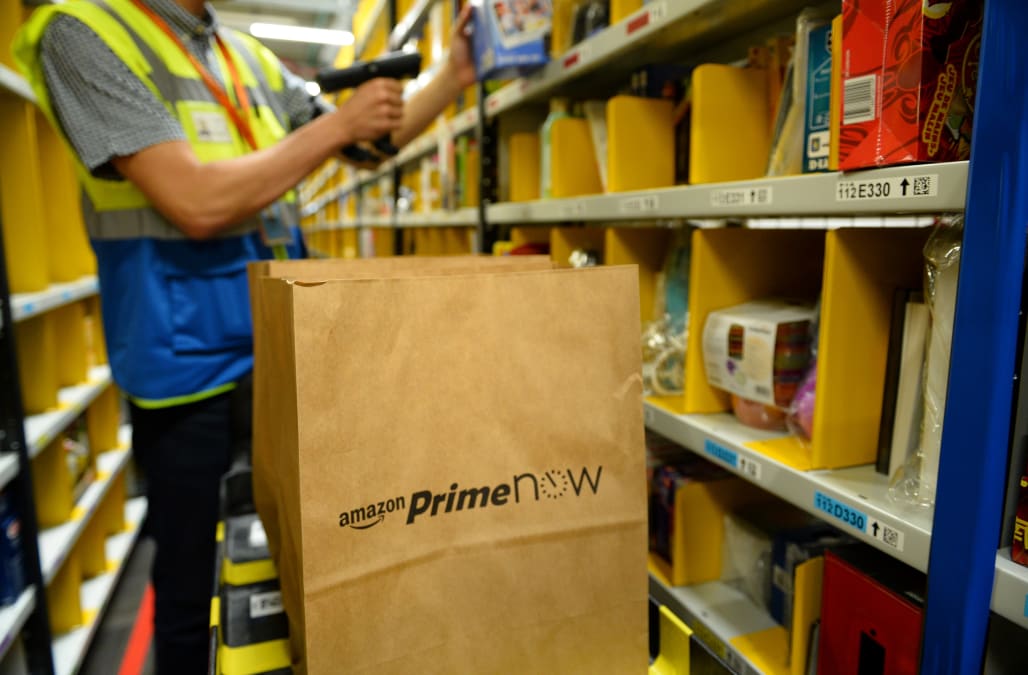 Amazon on Tuesday announced a number of new phones for its "Prime Exclusive Phones" program, in which the company sells discounted, ad-supported versions of certain phones to subscribers of its Prime shopping service.

There are five new devices in total. Here's the rundown:

All of these phones have the makings of a good deal for those on a budget, but it's worth noting that buying a Prime Exclusive phone means putting up with frequent ads for products available on Amazon and a large number of pre-loaded Amazon apps. Much like it does with its line of Fire tablets, Amazon treats its Prime Exclusive phones like Trojan horses: The idea is to entice Prime members — who are far more likely to spend money on Amazon — with lower prices, but make that money back, and then some, with customized software that nudges them toward buying more things from Amazon and using Amazon's services. None of the company's modifications can be easily removed, either.

RELATED: Check out these 10 awesome features that make Amazon Prime worth the money:

10 features that make Amazon Prime worth the money

Paying for shipping is so yesterday — and so is waiting a week for packages to arrive. Perhaps one of Amazon Prime's most beloved perks is free two-day shipping for eligible Amazon items, available nationwide outside Alaska and Hawaii.

Of course, there are exceptions to the two-day rule. Larger items, like a treadmill, might take longer to arrive but are still free to ship. If you make a lot of smaller purchases — under $25 for books and under $49 for other items — Amazon Prime might be worth the money. If you spend more than that, you will qualify for free shipping even without a Prime membership.

Additionally, Prime offers free same-day delivery to customers living in 29 metro areas. To take advantage of this perk, you must buy more than $35 worth of items and place your order by the cut-off time, which is typically noon. If your order totals less than $35, you can still get same-day delivery, but you'll have to pay $5.99 per order. And you might be able to get your order even faster — typically within two hours — if you live in one of the few cities serviced by Prime Now.

If you have a habit of waiting until the last minute to pick up birthday gifts or forgetting key dinner items at the grocery store, same-day shipping could be a major boon for you. The service is also available for non-Prime members for $8.99 per order plus 99 cents per item.

With Amazon Prime Video, there's no reason to keep your cable subscription. The service offers free access to thousands of streaming television shows and movies.

You can find free Amazon prime movies and TV shows in the Prime Video category online or on the Video app's home screen. Current offerings include HBO hits like "The Wire" and "The Sopranos," as well as Amazon originals such as the Golden Globe-winning comedy "Transparent." New titles are added often, and old ones are sometimes removed, so don't wait too long to watch a show that peaks your interest.

If you're looking to add a soundtrack to your workday, you can find a good variety of tunes through Amazon Prime Music.

Prime members enjoy access to more than a million songs, albums and customized playlists — all free of ads. At this time, the selection doesn't rival that of popular services like Spotify, which claims to have more than 30 million songs. However, with a monthly premium membership cost of $9.99, Spotify is more expensive than Prime on an annual basis.

Like the Prime Video collection, the Prime Music catalog is always being updated. You can view and play songs from any Amazon-compatible device.

If you regularly view the world through the lens of your camera or your smartphone screen, Amazon's cloud storage feature could be a serious money-saver. Photo fanatics who subscribe to Prime can archive unlimited photos for free. Not only is the storage secure, but photos are also automatically backed up, and users can access their images from anywhere.

Prime subscribers can upload photos from their web browsers or by using Amazon's free mobile app. And because Amazon Photo comes with 5 GB of free space for non-photo files like videos, you can capture all those special family moments in real time. As an added bonus, you can use the money you were spending on external hard drives to book more memory-making experiences with loved ones.

If you're looking to cozy up with a good book, these two Kindle programs offer Amazon Prime users fast and free access to books. The Kindle Owners' Lending Library provides Prime members with thousands of books, including many best-sellers. A Prime member can borrow one digital book each month for free. While you are limited to one title per month, you don't have to worry about return reminders, because there are no due dates.

Available to U.S. members only, Kindle First offers access to books prior to their official release dates. You can download one of six editors' picks a month before it goes on sale for free. Non-Prime users can get a title for $1.99.

If you're an avid reader, the Kindle Owners' Lending Library and Kindle First can save you big bucks. According to U.S. News & World Report, the value of the Kindle Lending Library could be $120 annually, assuming each book borrowed would cost $9.99 to purchase online.

Another exclusive for Prime members, Amazon Elements refers to the company's own line of daily necessities aimed at families. Designed with input from actual customers, the brand currently offers just one product — baby wipes.

Unless you're in the market for new baby wipes that promise to be both durable and soft, this perk might not excite you much. However, a company press release suggests that more products will roll out in the future. In the meantime, you can save on diapers and more with Amazon Family.

Ideal for bargain shoppers who like to be first in line, Prime Early Access gives members 30-minute early access to Lightning Deals on Amazon and sale events on MyHabit.com. Another Amazon site, MyHabit offers a wide selection of designer labels for the family and home at up to 60 percent off.

If you like scoring deals, the Prime Early Access feature might make a subscription worthwhile. However, you will need to have fast fingers, as products can still sell out.

For those looking for a grocery delivery service worth the cost, Prime Pantry is a good solution. Amazon's virtual supermarket, Prime Pantry lets members fill a "pantry box" with affordable groceries and household items in everyday package sizes for a flat shipping fee of $5.99 per box. The program touts itself as a way to shop for things as needed rather than buying in bulk.

So, if you plan to spend less than $60, Prime Pantry might be a good option. Before rushing off to fill your pantry box, you should know that all orders are sent using ground shipping — meaning you won't score two-day (or free) delivery.

Amazon Family offers deals for parents with young children, as well as parents-to-be. As an Amazon Prime member, you get 20 percent off a diaper subscription and a 15 percent Baby Registry completion discount.

In order to get the discount on diapers, you'll have to enroll in the "Subscribe & Save" option, which allows you to choose the product quantity and frequency of deliveries. However, this feature isn't just for Amazon Family. The subscription service applies to a wide range of household products and necessities.

Two adults and four children can share one Amazon Prime membership, thanks to the Amazon Household feature. Because adults have access to each other's payment methods as part of this arrangement, individuals should only share memberships with those they trust.

If you use Amazon's stuff frequently, or you just want the cheapest price possible — the $99 it takes to subscribe to Prime aside — those changes might be worth the discount. Amazon, for what it's worth, says some of its existing Prime Exclusive phones "have been consistently featured" near the top of its list of best-selling unlocked phones — though it's worth noting that it does promote the devices heavily on its site.

But if you aren't all-in on Amazon, the standard versions of each device here are still fairly affordable on their own. Amazon says each Prime Exclusive device will arrive on July 10, with the exception of the Moto E4, which will arrive on June 30.

NOW WATCH: Amazon just bought Whole Foods for nearly $14 billion — here's what the future of shopping could look like

More from Business Insider:
Apple is giving iPhones a one-handed keyboard mode with iOS 11 — here's how to activate it
Nokia phones are coming back to the US with a $229 device arriving next month
Sony made an $800 phone with extravagant features you won't find in any iPhone or Galaxy phone — here's what it's like

SEE ALSO: What using one of Amazon's Prime Exclusive phones is like