Biggest celebrity breakups of 2019: Miley and Liam, Bradley and Irina, Kylie and Travis and more 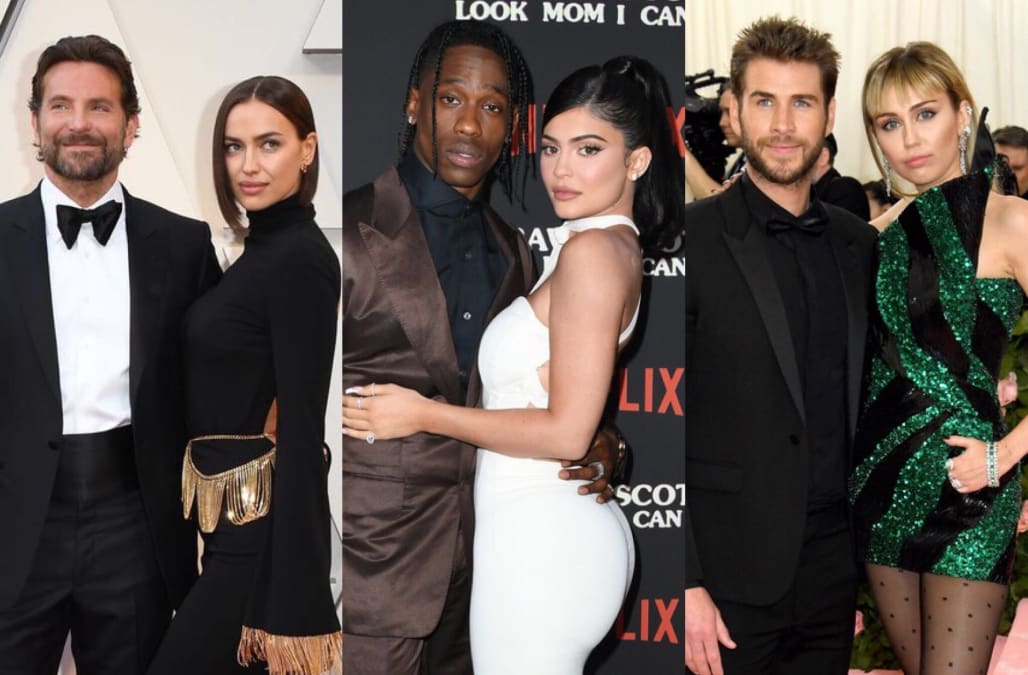 As we look back at the year that was 2019, we need to look back at all of the love we lost along the way in the form of celebrity breakups.

The year was full of plenty of shocking splits like Miley Cyrus and Liam Hemsworth ending their marriage, Wendy Williams' split from husband Kevin Hunter after over two decades of marriage and Katie Holmes and Jamie Foxx going their separate ways after finally bringing their romance into the spotlight.

Bradley Cooper and Irina Shayk ended their relationship, as did his "A Star Is Born" co-star Lady Gaga and her fiancé, Christian Carino. Cole Sprouse and Lili Reinhart broke up, too, and then trolled everyone, while "This Is Us" actor Justin Hartley's split from wife Chrishell has recently become a war of words

Scroll down for all of the biggest and most shocking celebrity breakups of 2019: 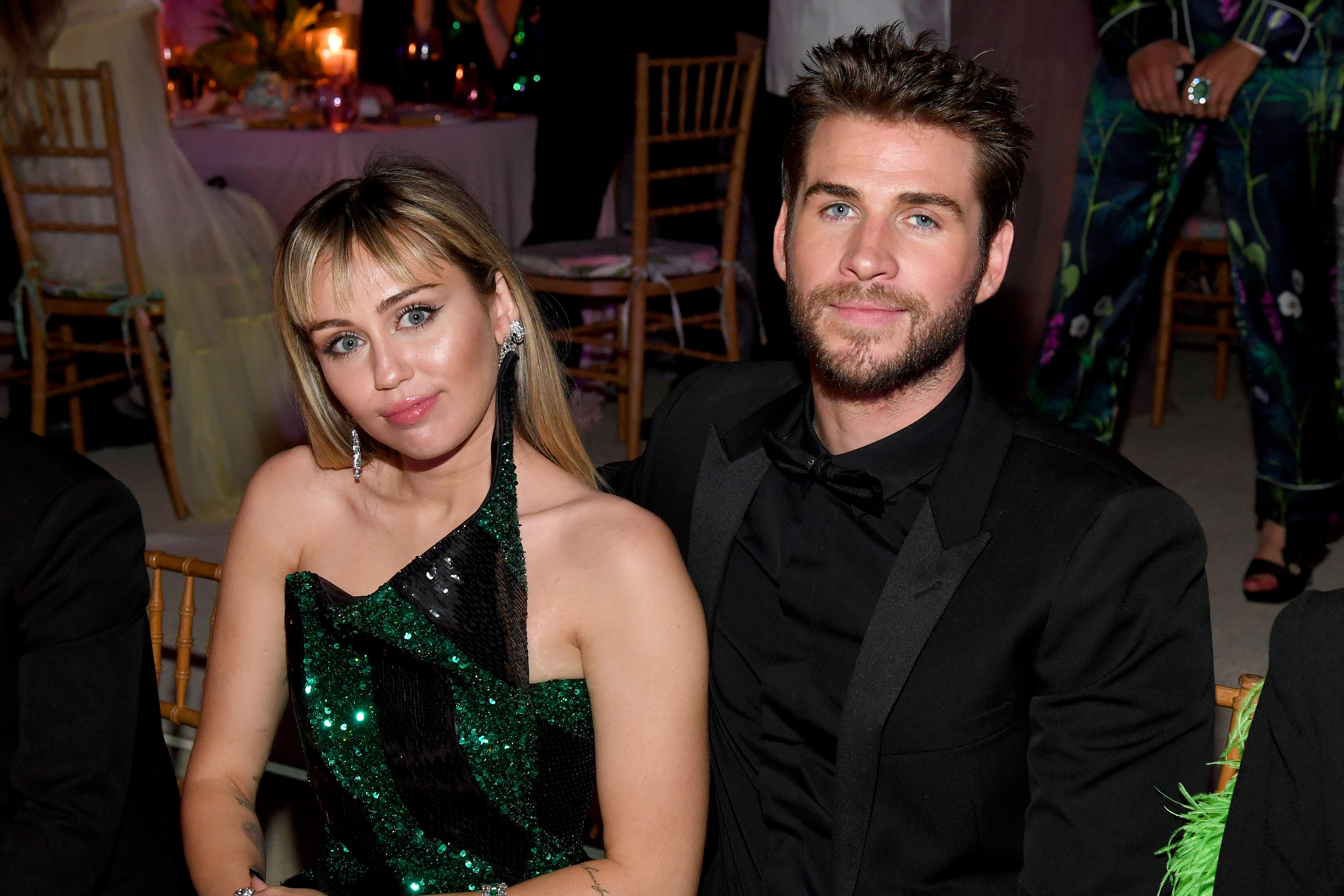 Miley and Liam suddenly called it quits back in August after eight months of marriage and a decade of dating off and on since meeting on the set of "The Last Song" in 2009. The split became messy just hours after it was confirmed when Miley was photographed getting cozy with Kaitlynn Carter in Italy. 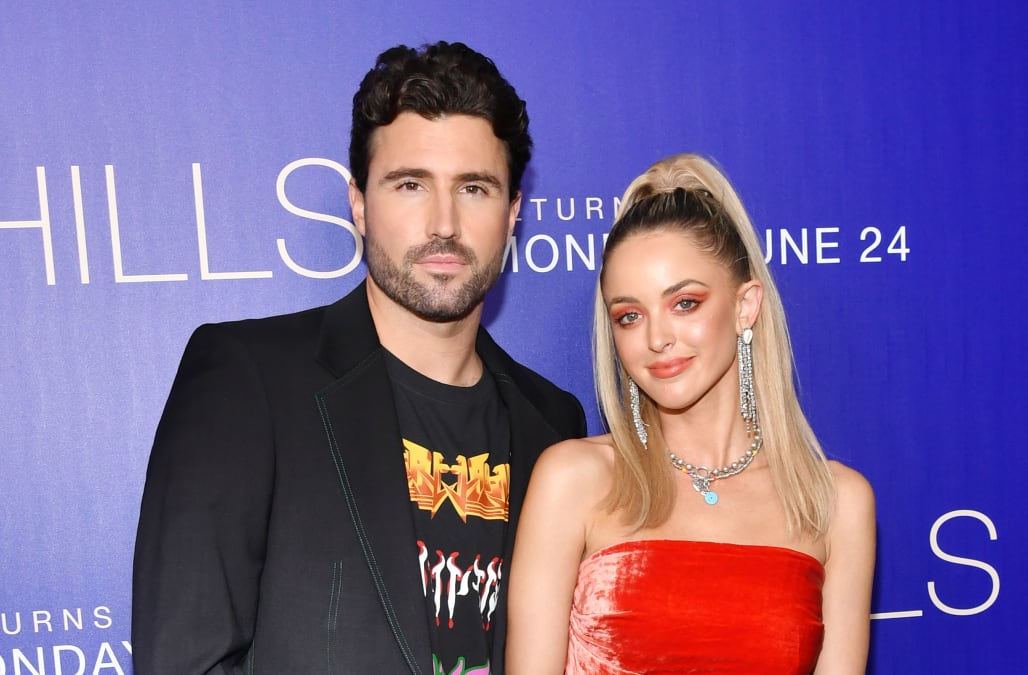 "The Hills: New Beginnings" stars Brody Jenner and Kaitlynn Carter also broke up in August after two years of marriage. They had gotten engaged in 2016, and their tumultuous relationship was put under the spotlight on the MTV show earlier this year. She, of course, moved on with Miley Cyrus. He moved on with Josie Canseco, but the two have also since split. 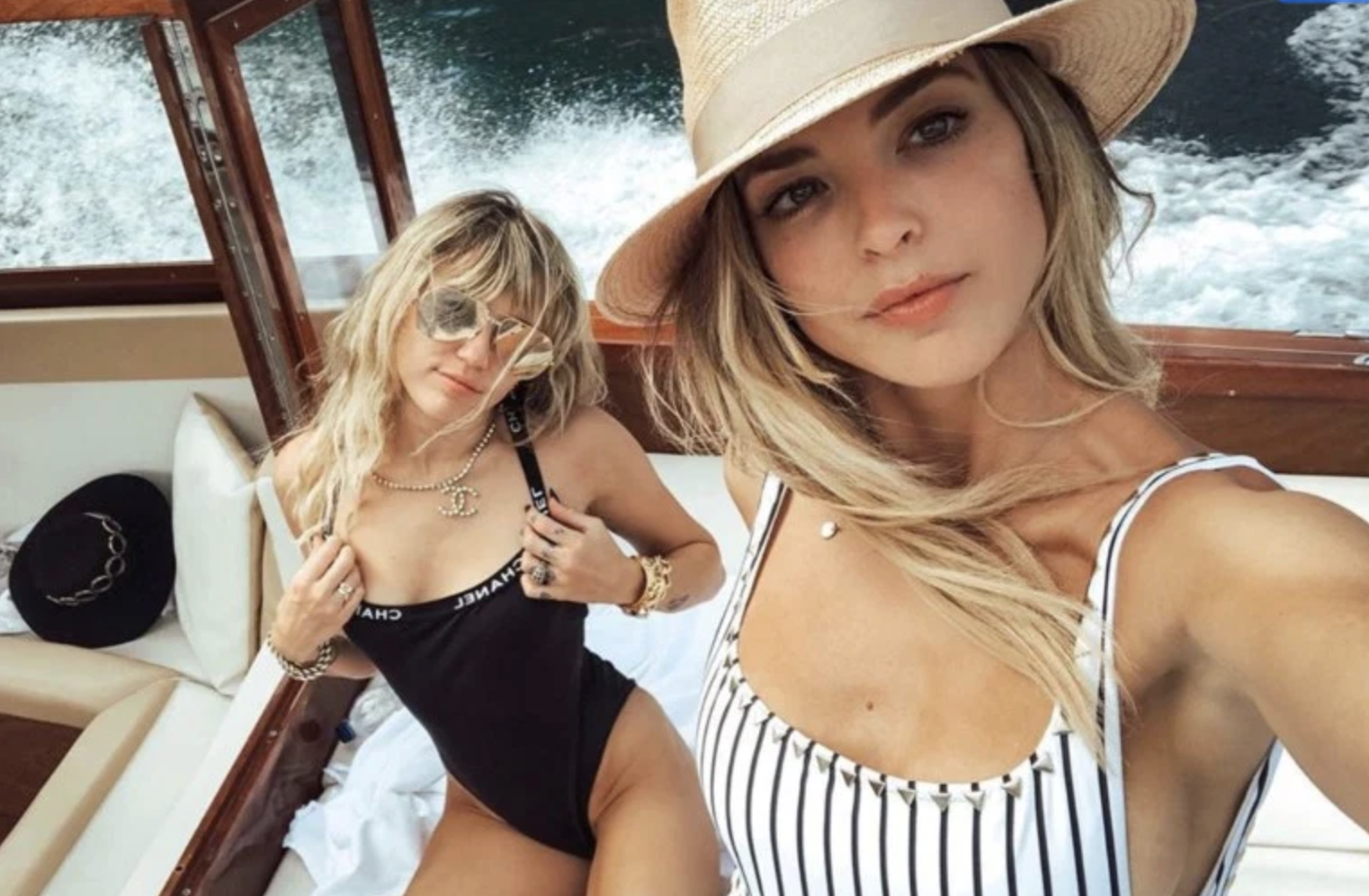 Miley and Kaitlynn engaged in a whirlwind month-long romance from August through mid-September that made countless headlines, including moments like their girls' trip to Italy, holding hands at a VMAs after-party and celebrating Kaitlynn's birthday together. 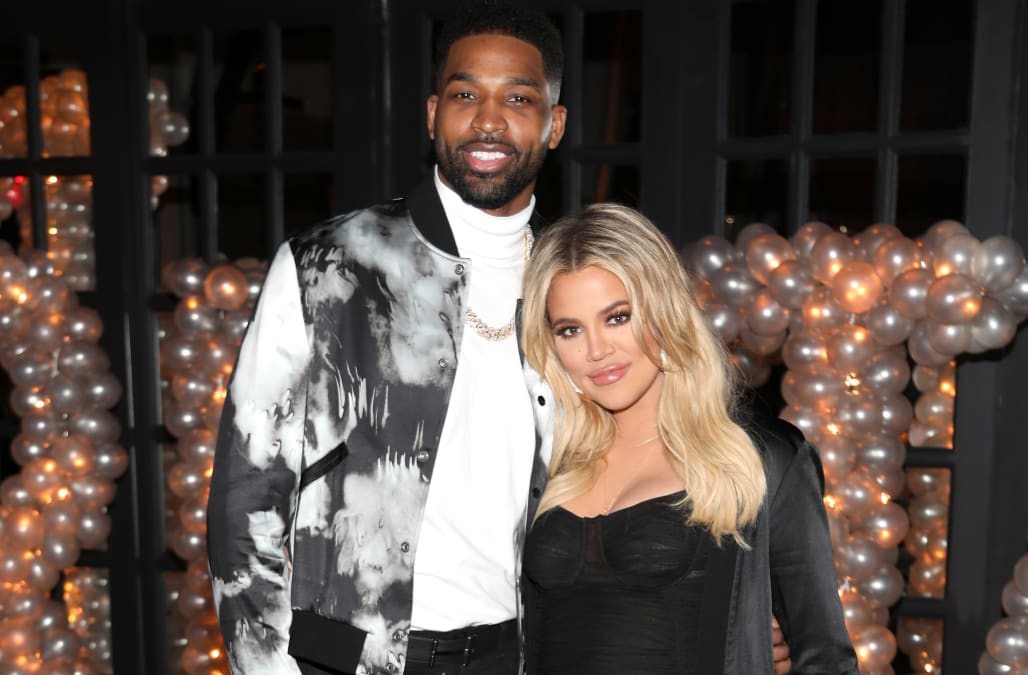 Khloe and Tristan's relationship came to a screeching halt in February with one of the Kardashian family's biggest scandals ever after reports surfaced that Tristan had allegedly hooked up with the longtime best friend of Khloe's younger sister, Kylie Jenner. What ensued was a cryptic war of words that ultimately sent both Jordyn and Tristan packing. 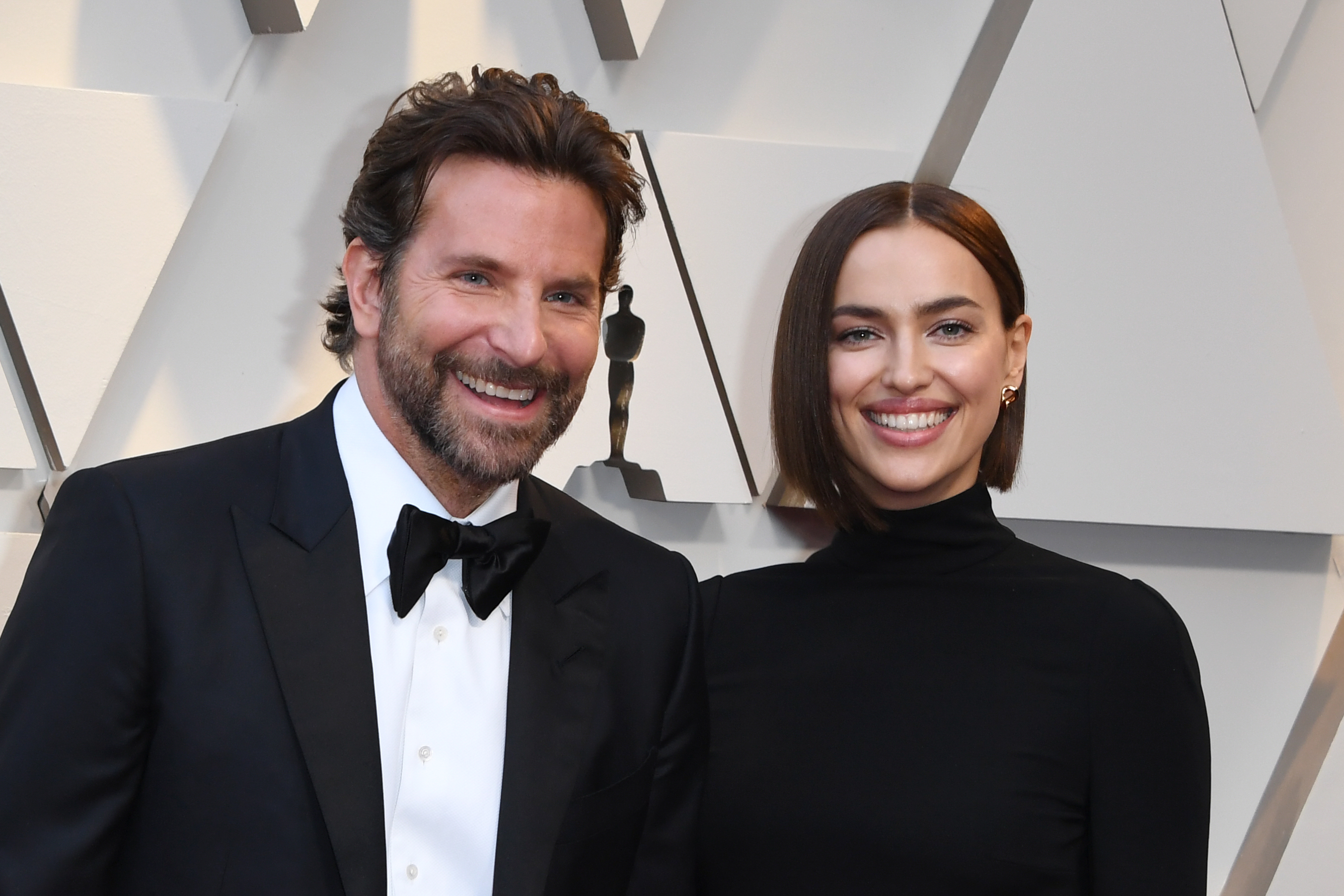 Bradley and Irina split after four years together in June. The couple, who shares daughter Lea De Seine, reportedly never got married and stayed largely out of the public eye throughout most of their relationship. That changed during awards season as Bradley and his "A Star Is Born" co-star, Lady Gaga, made the rounds as part of the film's awards campaign while fueling unsubstantiated rumors about a romance. Irina accompanied Bradley to numerous high-profile events, including the 2019 Academy Awards, where Bradley and Gaga delivered that performance of "Shallow." 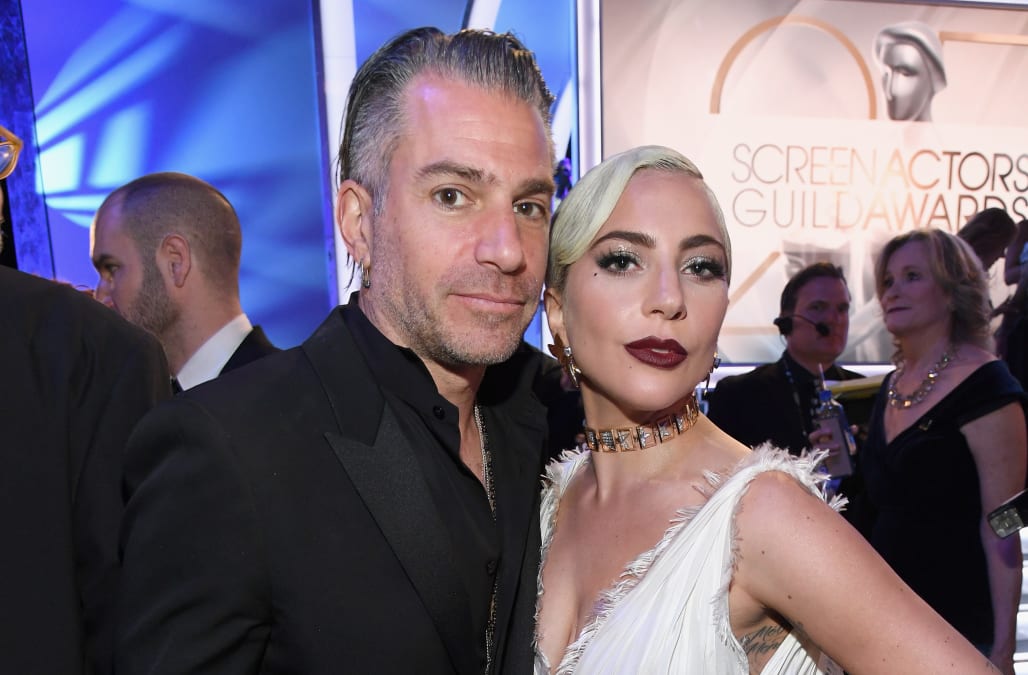 Lady Gaga also had a major split of her own this year: She and her fiancé called off their engagement at the beginning of the year, during the singer's awards campaign for "A Star Is Born." Her rep confirmed the split after she attended the Grammys without her engagement ring on. They had been together for a little over two years. 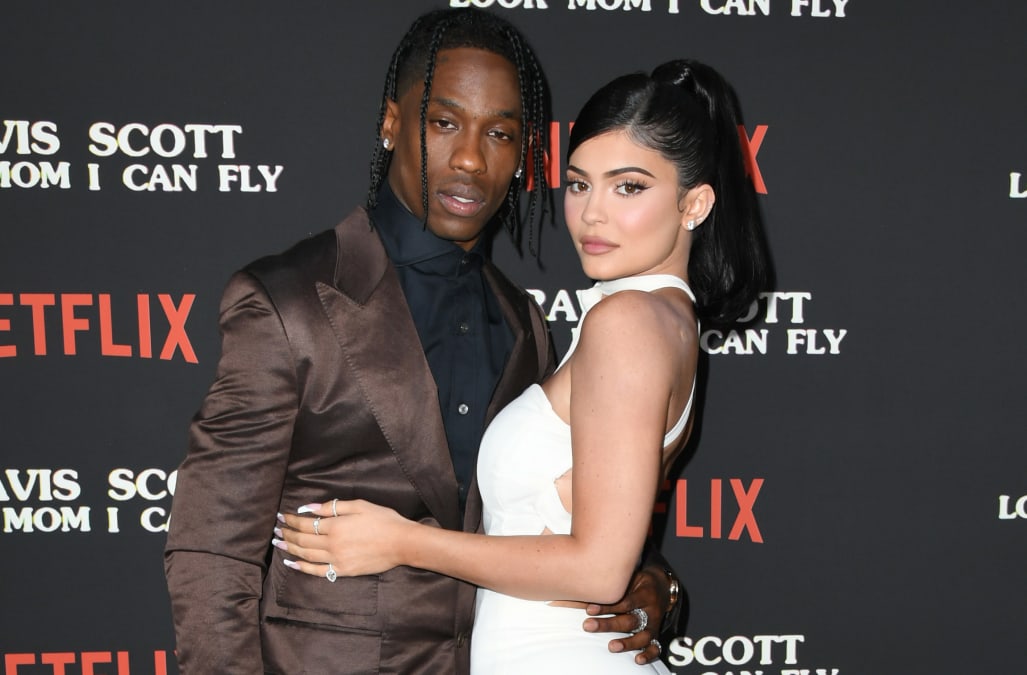 Kylie and Travis went on a break this fall after over two years of dating. The couple started dating around the time that Kylie became pregnant with her first child. They welcomed daughter, Stormi Webster, in early 2018 and have continued to co-parent since their split. 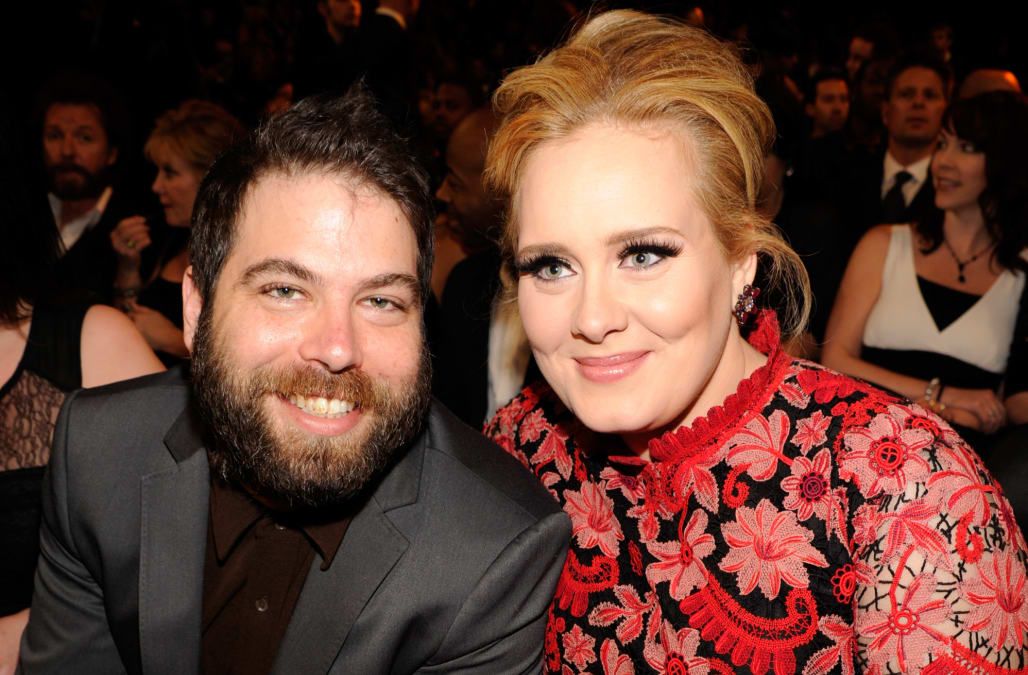 Adele fans were shocked when the singer announced in April that she had separated from husband, Simon Konecki, after two years of marriage and many more of dating. The former couple had actually split nine months earlier, and they share son, Angelo. Now about Adele's next album... 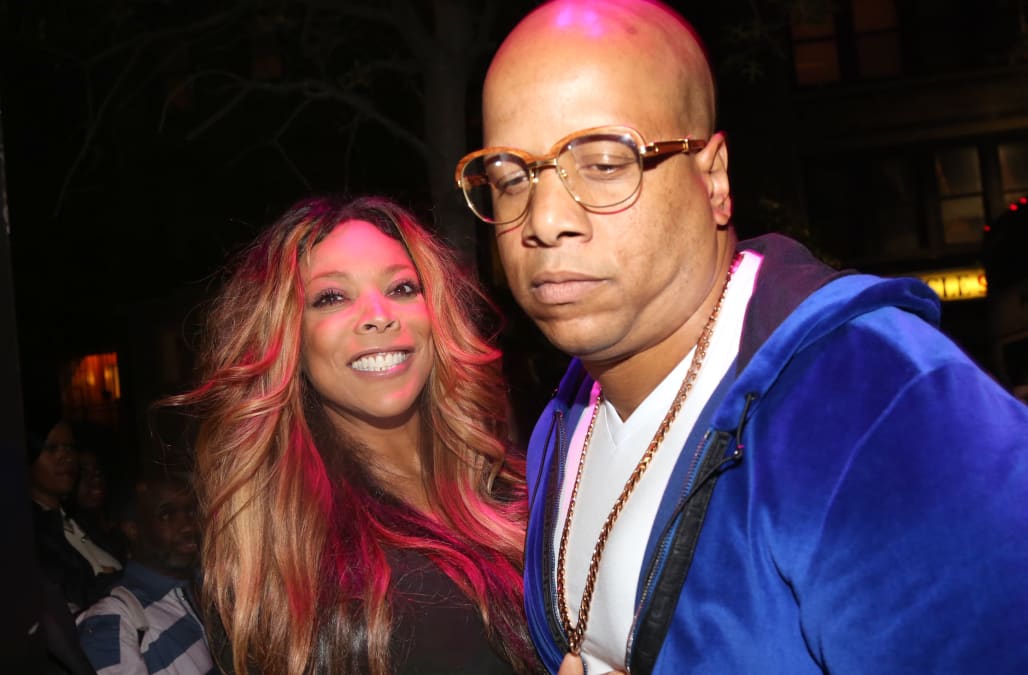 Wendy served her husband with divorce papers after 21 years of marriage after his alleged years of infidelity had finally taken its toll. The final straw? Hunter welcomed a child with her longtime mistress at the beginning of the year, and Wendy had finally had enough. The couple shares a son, Kevin Jr., and since their split, Wendy has reportedly been playing the field. How you doin'?! 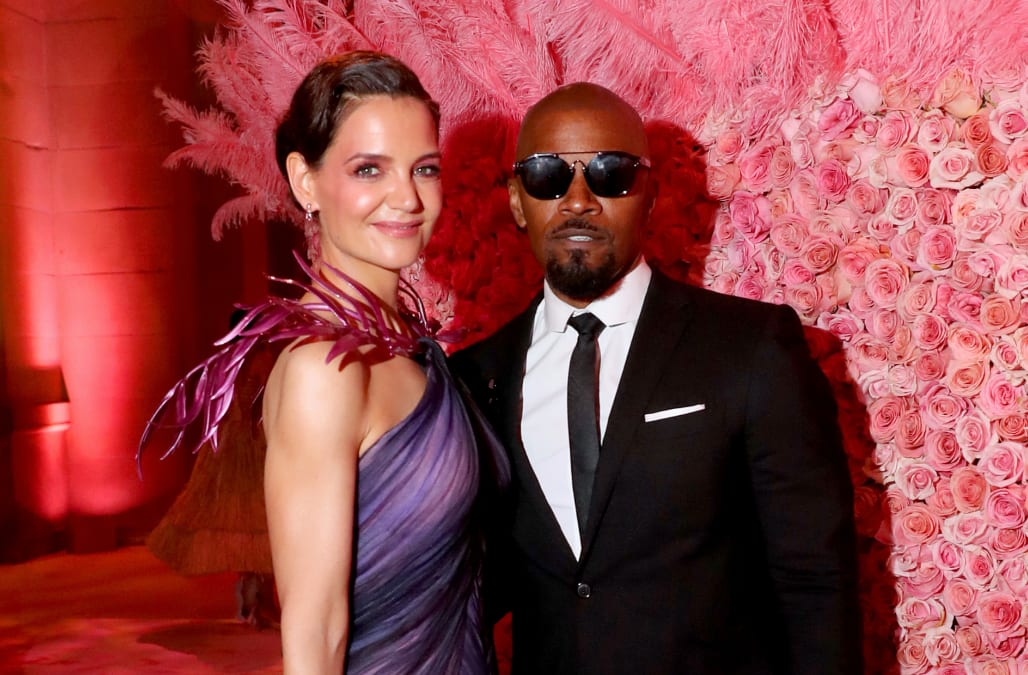 Katie Holmes and Jamie Foxx's six-year-long on-and-off relationship ended in August of this year, after Kate pulled the plug on the romance. The decision to end their relationship came as a surprise, as they had just recently begun to become slightly more public with one another after years of rarely even being photographed with one another, attending the Met Gala together in May. 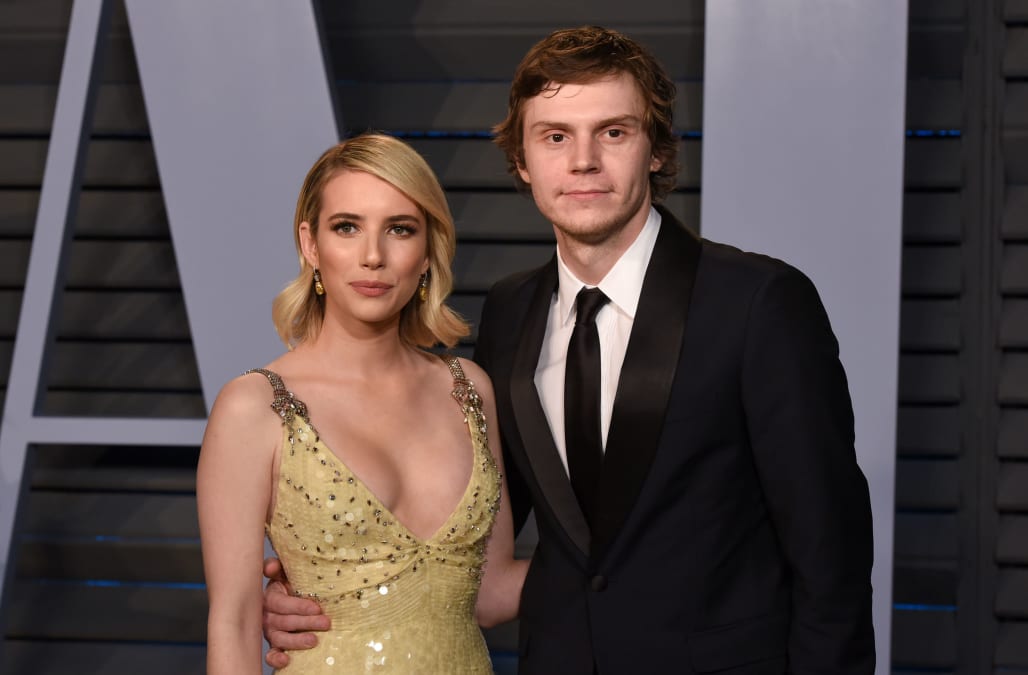 Emma Roberts and Evan Peters' split after seven years together was confirmed in March. They met on the set of Adult World in 2012, had a few rough patches in 2013 and then at the end of 2015, but ultimately went their separate ways at the beginning of this year. They didn't waste much time moving on: Evan is now dating Halsey, and Emma is with Garrett Hedlund. 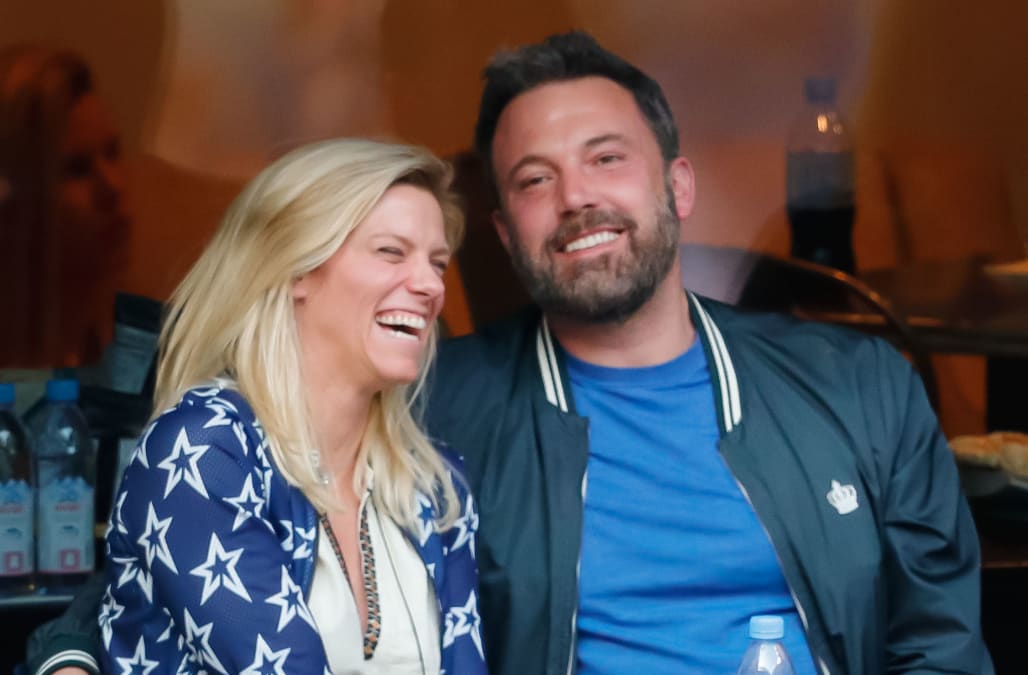 The "Justice League" actor and the "Saturday Nighty Live" producer officially ended their relationship in the spring. They had initially dated for over a year before calling it quits in August 2018, but appeared to briefly get back together earlier this year after Affleck committed to his sobriety. She's since been loosely connected to Jon Hamm. 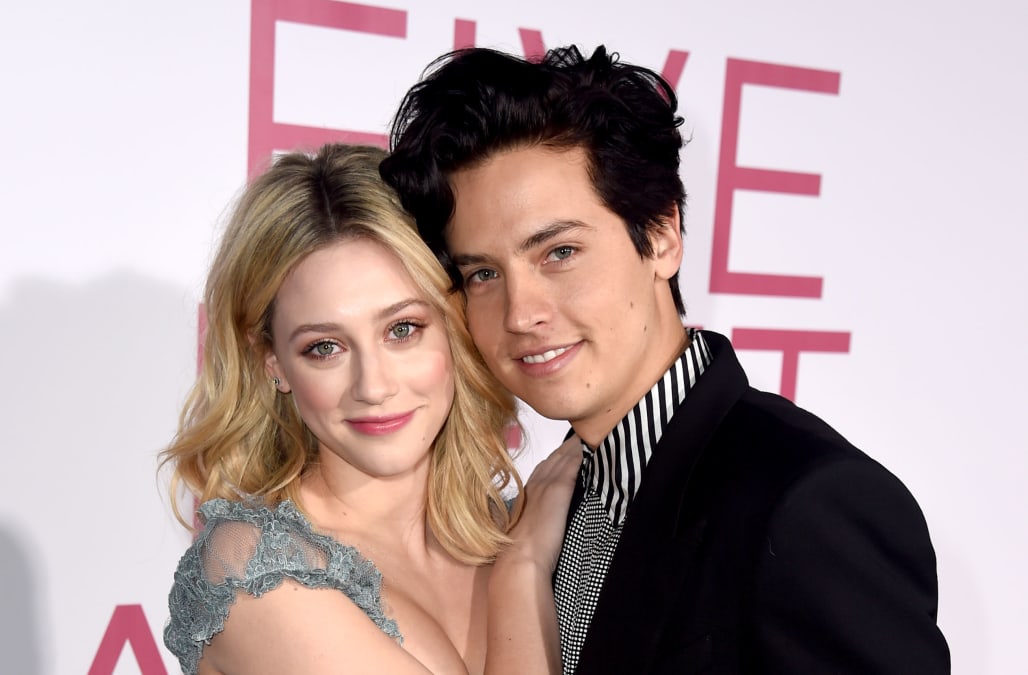 "Riverdale" co-stars Cole Sprouse and Lili Reinhart ended their relationship after nearly two years together in July. In a weird twist, they both denied the split but still appeared to be broken up -- but cordial. It's unclear where they stand now. 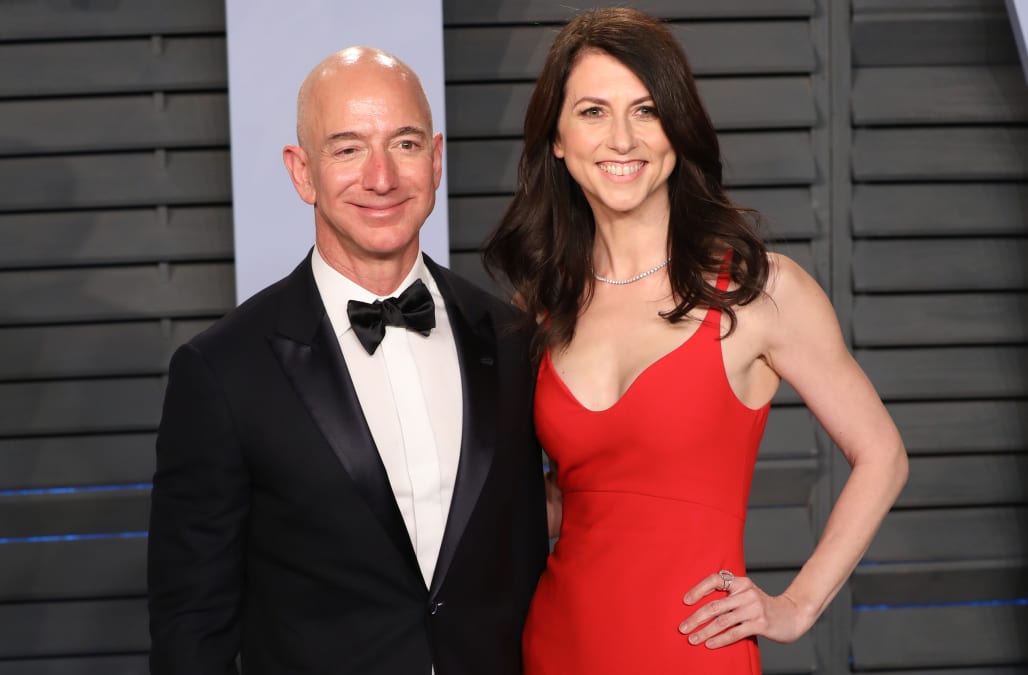 The Amazon founder and CEO announced his split from wife MacKenzie after 25 years of marriage in January. In the weeks following the shocking announcement, countless reports emerged about his affair with TV personality Lauren Sanchez, who he is still dating now. 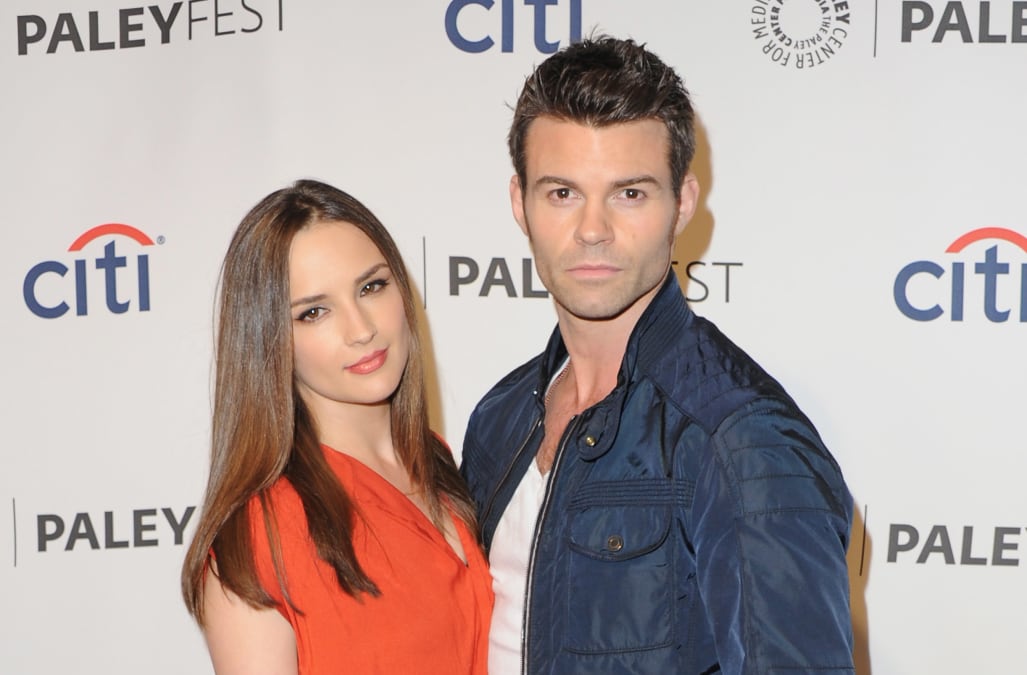 "She's All That" actress Rachel Leigh Cook and Daniel Gillies announced in June that they were separating after 15 years of marriage. They started dating in 2001, got married in 2004 and are parents to Charlotte, 5, and Theodore, 4. 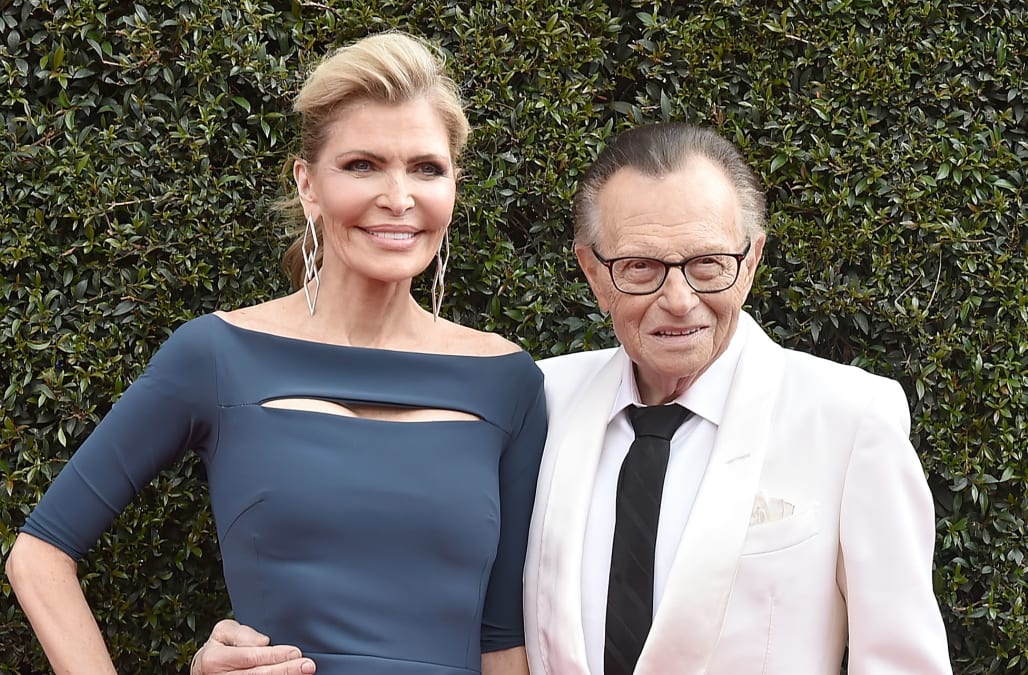 It was announced in August that the former CNN host was filing for divorce after 22 years of marriage following years of rumors that Shawn had cheated on him multiple times. They share two sons, Chance, 20, and Cannon, 19. 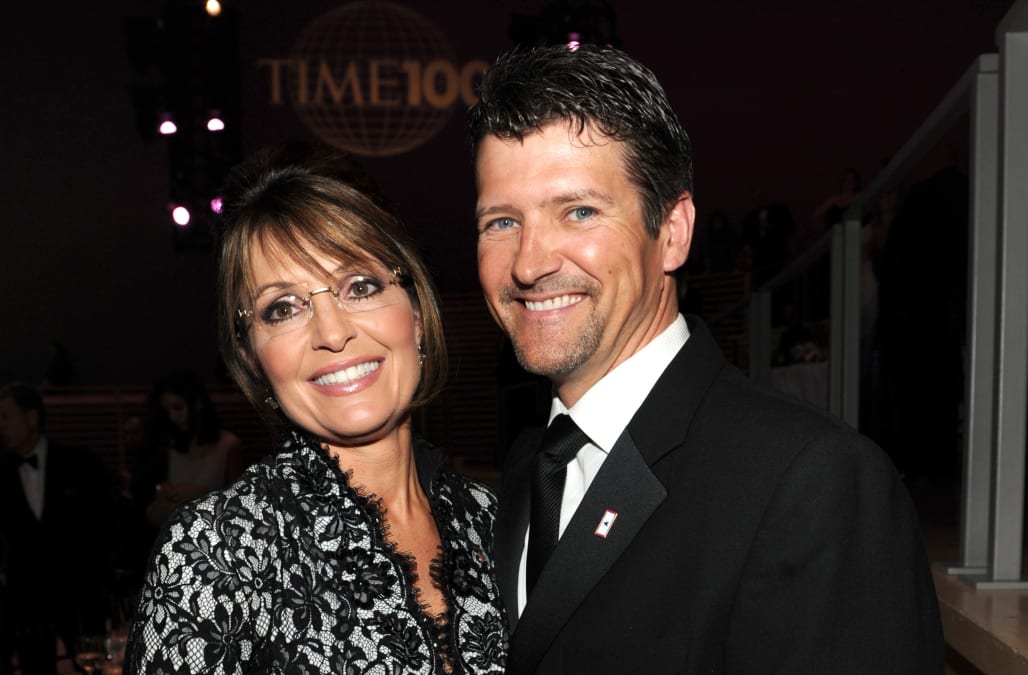 Todd Palin filed for divorce on his birthday in September, looking to end his marriage of 31 years. Making matters worse for Sarah, the former vice-presidential nominee apparently found out about her divorce in an email from her husband's lawyer. She called the news "devastating." The former couple shares five children. 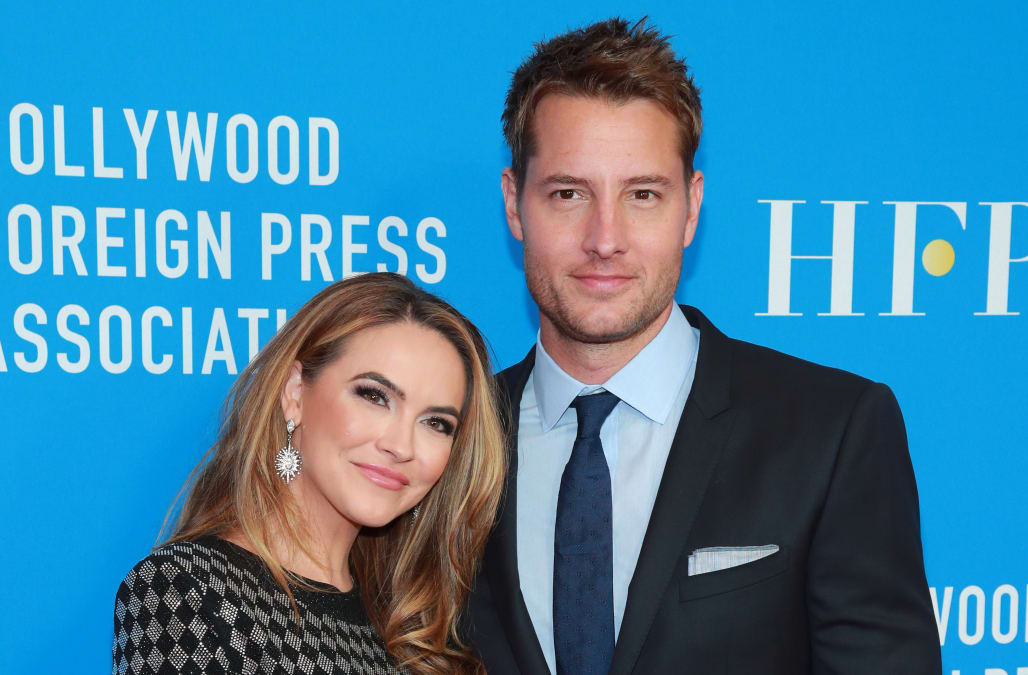 "This Is Us" actor Justin Hartley filed for divorce in November after two years of marriage with Chrishell. Their shocking divorce was made even more surprising when Hartley listed their official date of separation as being in July, which Chrishell has since officially contested. 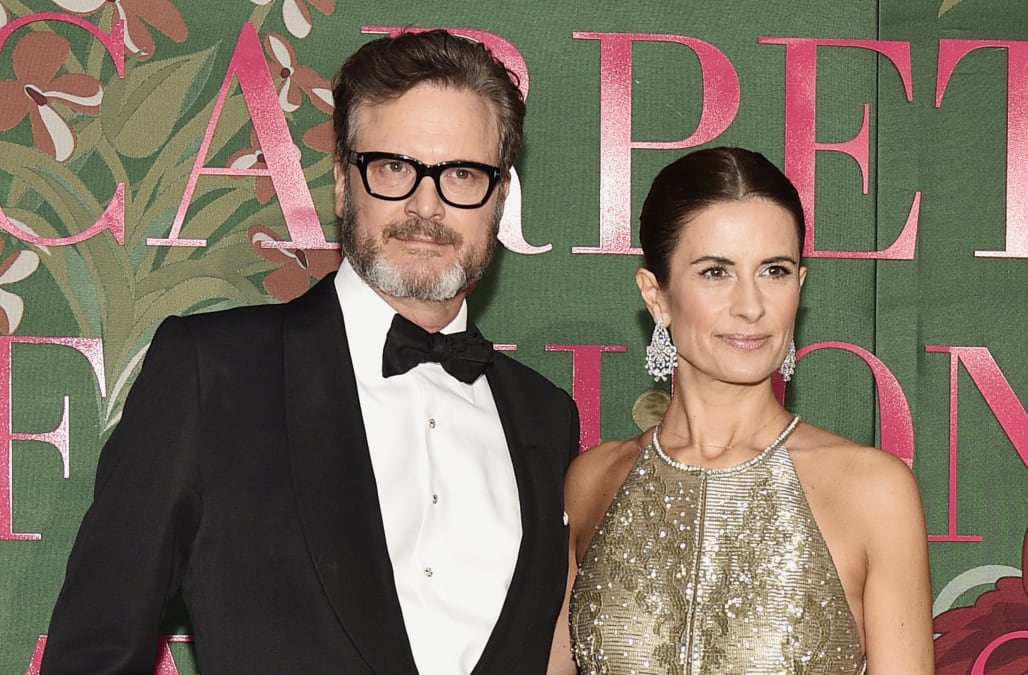 The Oscar-winning actor and his wife of 22 years, Livia, announced their split in a joint statement in December. Their marriage had been rocked by a cheating scandal that involved Livia having an affair with the couple's alleged stalker. 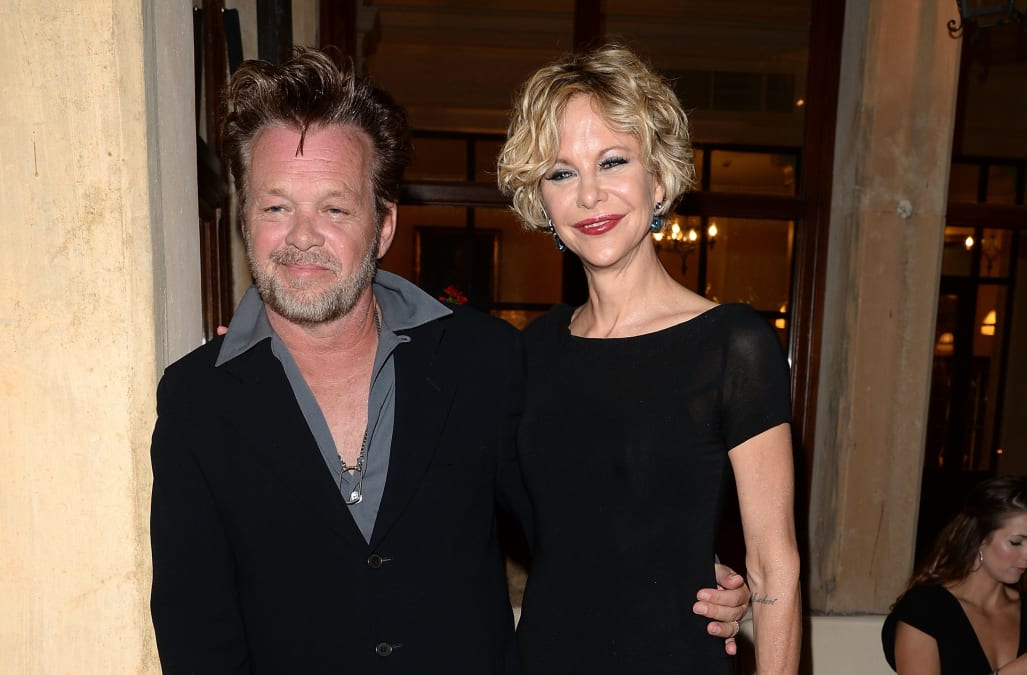 More from Aol.com:
Colin Firth and wife Livia split after 22 years of marriage
Jessica Biel is all smiles in first Instagram post since Justin Timberlake's public apology
Sarah Jessica Parker stuns fans with throwback picture of her an Andy Cohen on set of iconic show