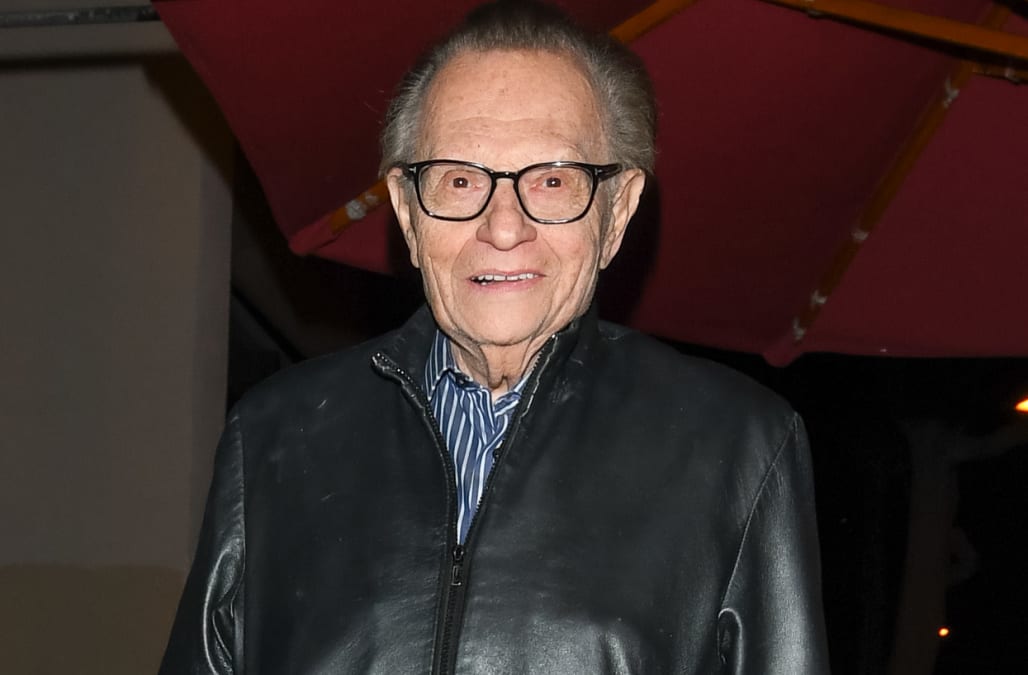 Ben Affleck showing off his massive back tattoo wasn't the only celebrity sighting this week!

Gigi Hadid was spotted out and about in New York, including during a daring fire escape photo shoot in Brooklyn. Also in New York City was Drew Barrymore, who looked chic as ever during her Netflix promotional tour.

Across the country in Los Angeles, a slew of couples were spotted on dinner dates: Larry and Shawn King stepped out together, Armie Hammer and Elizabth Chambers stepped out for a movie premiere and Joan Collins and Percy Gibson held hands on a dinner date.

More of our favorite spottings of the week came from Chrissy Teigen, the Hilton sisters and Jennifer Garner.

See the best celebrity sightings of the week:

Larry King and wife Shawn King stepped out for a dinner out in Los Angeles on Monday night.

Gigi Hadid was spotted on set of a photo shoot on a fire escape in Brooklyn on Monday.

Chrissy Teigen stunned during a night out in Los Angeles in a black wrap dress with cold shoulders.

Sisters Paris Hilton and Nicky Hilton Rothschild struck a pose while our and about with matching purses in Los Angeles.

Carrie Ann Inaba and Ryan Seacrest braved the snow outside the "Live With Kelly and Ryan" studio in New York City on Wednesday.

Former "Gossip Girl" star Penn Badgley bundled up while walking his dog in the East Village.

Paris Jackson was spotted leaving the Mulholland Drive overlook above the Hollywood Bowl on Monday.

Joan Collins and husband Percy Gibson stepped out for dinner in Los Angeles on Monday night.

Jennifer Garner was spotted bringing some food into her church on Sunday looking chic in black and white.

Drew Barrymore looked chic as ever making the promo rounds in New York City this week.

(Photo by Stefanie Keenan/Getty Images for The Hollywood Reporter)

Pals Kate Mara and Zachary Quinto were spotted out and about in New York City together over the weekend.

Gigi Hadid showed that she likes piña coladas while making the rounds in NYC this week.

Bella Thorne stepped out in snowy New York rocking a black pantsuit with a sheer corset underneath.

"This Is Us" actor Justin Hartley stepped out for the "One Size Does Not Fit All" Gillette event in New York City on Tuesday night.

Ben Affleck was all smiles in a silk baseball jacket while taking a stroll in Los Angeles.

Jon Stewart was spotted out and about in New York City on Tuesday.

Gigi Hadid continued her unique street style streak as she returned to her apartment in NoHo this week.

Drew Barrymore was spotted leaving "The Daily Show With Trevor Noah" on Tuesday night with a clutch that said, "You Are Strong."

Model Jourdan Dunn stunned at the Atelier Swarovski event in London on Monday.

Emma Roberts shopped around in Beverly Hills this weekend in a pretty yellow dress, matching sandals and a chambray shirt.

John O'Hurley and his wife Lisa Mesloh struck a loving pose for paparazzi while grabbing dinner in Los Angeles.