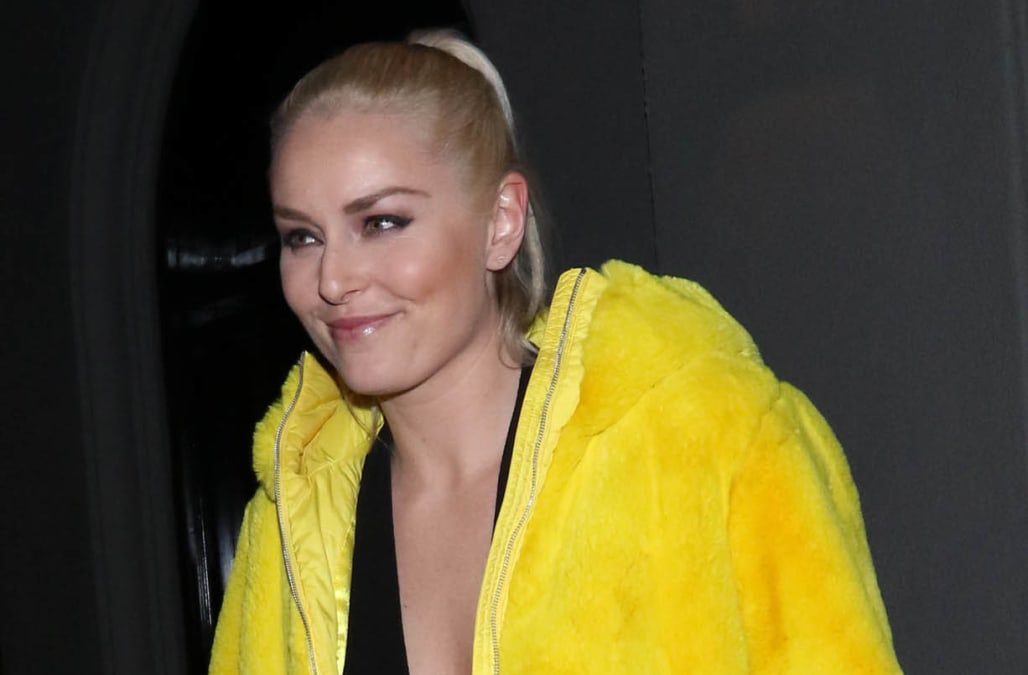 The last leg of Fashion Month is upon us!

Gigi Hadid, Bella Hadid, Kate Moss, Tyga and more stars were spotted out and about during Paris Fashion Week this week, which follows New York, London and Milan as the final week of an exhaustive Fall/Winter 2018 Fashion Month.

The Kardashians skipped out on the Fashion Week fun, but were still in the mood for a big trip: Kim, Kourtney and Khloe were spotted in Tokyo earlier this week for a sister vacation!

Back in New York, Chrissy Teigen and John Legend made a couple outings with adorable daughter, Luna, while Norman Reedus and Diane Kruger put their romance on firm display while holding hands in the West Village.

In Los Angeles, Jennifer Garner and Ben Affleck were spotted out and about together, Lindsey Vonn rocked a super sexy look for a chic dinner and Olivia Wilde snapped a photo of the paparazzi.

Lindsey Vonn rocked a super-sexy ensemble for a sceney dinner at West Hollywood hotspot Craig's after returning from the Winter Olympics.

Kim Kardashian showed off her newly-dyed pink hair at the Tokyo airport.

Gigi Hadid looked glamorous as ever leaving her hotel during Paris Fashion Week.

Friendly exes Jennifer Garner and Ben Affleck were photographed together in Los Angeles this week.

Chrissy Teigen was spotted in a pretty pink floral dress while holding her daughter, Luna Legend, in NYC.

Olivia Wilde appeared to give the paparazzi a taste of their own medicine while out and about in L.A.

Kourtney Kardashian was spotted arriving in Tokyo with her sisters.

Norman Reedus and Diane Kruger were spotted hand-in-hand in the West Village this week.

Gigi Hadid was spotted out and about in Paris during Paris Fashion Week.

John Legend was photographed holding his daughter, Luna, on the steps of a house in downtown New York City.

Ashley Greene and her fiancé Paul Khoury celebrated her 30th birthday at Innovative Dining Group's ROKU Sunset over the weekend before hitting up Blind Dragon in West Hollywood.

Demi Lovato kicked off the Tell Me You Love Me Tour at the Viejas Arena in San Diego this week. DJ Khaled and Kehlani opened the show.

Jon Bon Jovi performs for a private audience at the famed Versace Mansion in celebration of his new rose, Hampton Water, which is made in the south of France.

Lisa Rinna was photographed at LAX after doing some "Real Housewives of Beverly Hills" promo in New York.

Bella Hadid rocked a unique purple-and-red ensemble while leaving her hotel in Paris during Fashion Week.

Cara Delevingne rocked a brunette pixie while going to an event during Paris Fashion Week.

Kate Moss rocked a sleek all-black look that she paired with a chic leopard print coat while out and about during Paris Fashion Week.

Liev Schreiber was spotted walking his adorable pooch in SoHo this week.

Singers Tyler Glenn and Mary Lambert were honored by the San Francisco Gay Men's Chorus at the 40th Season Crescendo Gala for using their voices as agents of change.

Laverne Cox stepped out for an appearance at BUILD Series NYC this week to promote "Glam Masters."

John Legend was spotted carrying his own bags in New York City.

Daphne Oz and designer Rebecca Minkoff spent the evening at at Lauderee SoHo to celebrate Peanut, a social networking app for moms.