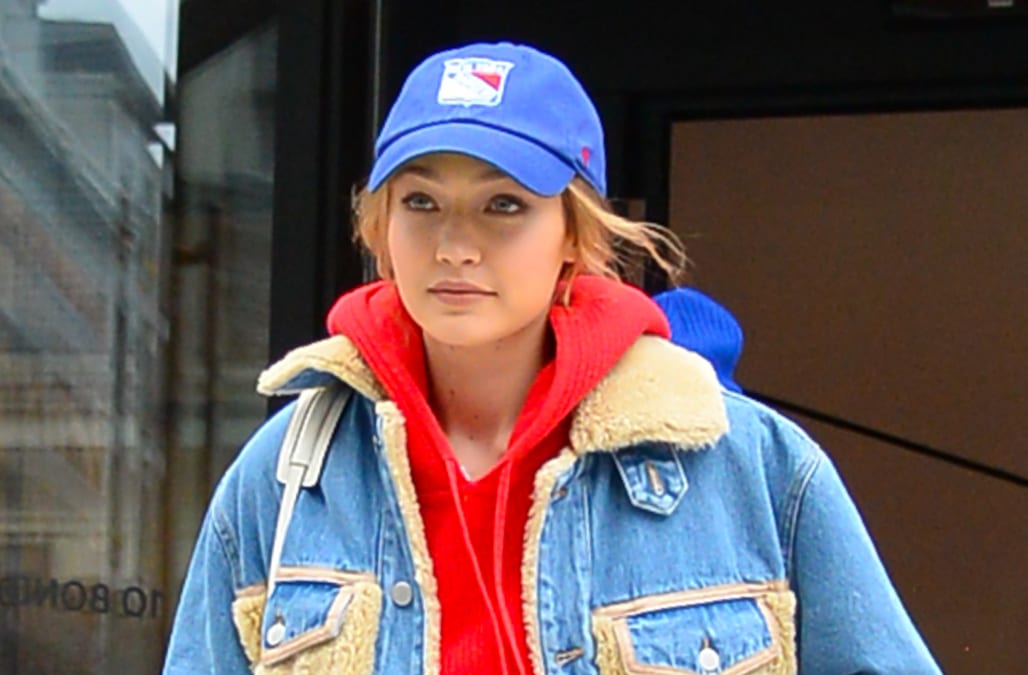 Another week of stunning spottings of the cast of "A Wrinkle in Time" cast -- this time across the pond!

Oprah Winfrey, Reese Witherspoon and Mindy Kaling jetted off to London to continued to promote their film, and they were seen out and about rocking some seriously chic styles -- can we talk about Kaling's hot pink topcoat?!

Meghan Markle also stepped out in London for a Commonwealth Day church service at Westminster Abbey, her first ever royal outing alongside the queen.

Back in New York, Gigi Hadid stepped out for a New York Rangers game at Madison Square Garden, while Justin Theroux was seen biking around downtown in an all-black ensemble weeks after announcing his split from Jennifer Aniston.

Bella Hadid rocked a see-through shirt under a plaid suit at an event in Los Angeles.

Angela Bassett struck a pose while making the promotional rounds for "Black Panther" in NYC.

Justin Theroux was seen biking around downtown New York in an all-black look after returning from Paris.

Reese Witherspoon was lovely in Tiffany blue while entering her hotel in London, where she has been promoting "A Wrinkle in Time."

Oprah Winfrey waved to paparazzi while leaving her hotel in London, where she's promoting "A Wrinkle In Time."

Victoria Beckham donned all black for an outing in Paris this week.

Jason Sudeikis, clad in a Women's March hat and a Lakers jersey, sat courtside at a Los Angeles Lakers game at Staples Center.

Ashley Graham flashed a smile while chatting on the phone on her way into LAX on Tuesday night.

Rebel Wilson donned all-black for a chic dinner at Craig's in West Hollywood on Sunday night.

Hugh Jackman took part in a conversation about social entrepreneurship on behalf of his company Laughing Man Coffee at SXSW in Austin, Texas.

Nicole Kidman was spotted on the set of "The Goldfinch" in New York City.

Reese Witherspoon looked lovely in green while out and about in London promoting "A Wrinkle in Time."

Kimora Lee Simmons brought along her children Aoki, Ming, Kenzo and Wolfe to a special screening of "A Wrinkle In Time" that she hosted for disadvantaged children in South Central Los Angeles.

Finally, some spring colors! Victoria Justice was vibrant in yellow near Gramercy Park as she made her way to check out the new PANDORA Jewelry Shine Collection.

Tinashe was spotted at SXSW before taking the stage for the Sony Lost in Music activation.

Aisha Tyler appeared at the "Ready Player One" party hosted by IMDb and Twist at SXSW in Austin, Texas.

Yolanda Hadid picked up some drinks from Honeybrains in NoHo this week.

Reality stars Jonathan Cheban and Corinne Olympios were seen out and about together yet again in Los Angeles.

Celebrity trainer and Fitbit Ambassador Harley Pasternak lead the #FitbitForAll workout at a Fitbit launch event on Monday, where the Fitbit Versa and Fitbit Ace were unveiled.

Gigi Hadid rocked the athleisure while returning to her NoHo apartment over the weekend.

Lisa Rinna kept it chic and casual was running errands in Los Angeles.

Hailey Baldwin rocked an Off-White ensemble for a dinner out at Craig's.

Padma Lakshmi posed outside of BUILD Series NYC on Monday in a cropped jacket and flared jeans.

Amy Adams and husband Darren Le Gallo were photographed out in Los Angeles on Monday.

Victoria Beckham strutted her stuff while out and about in Paris.