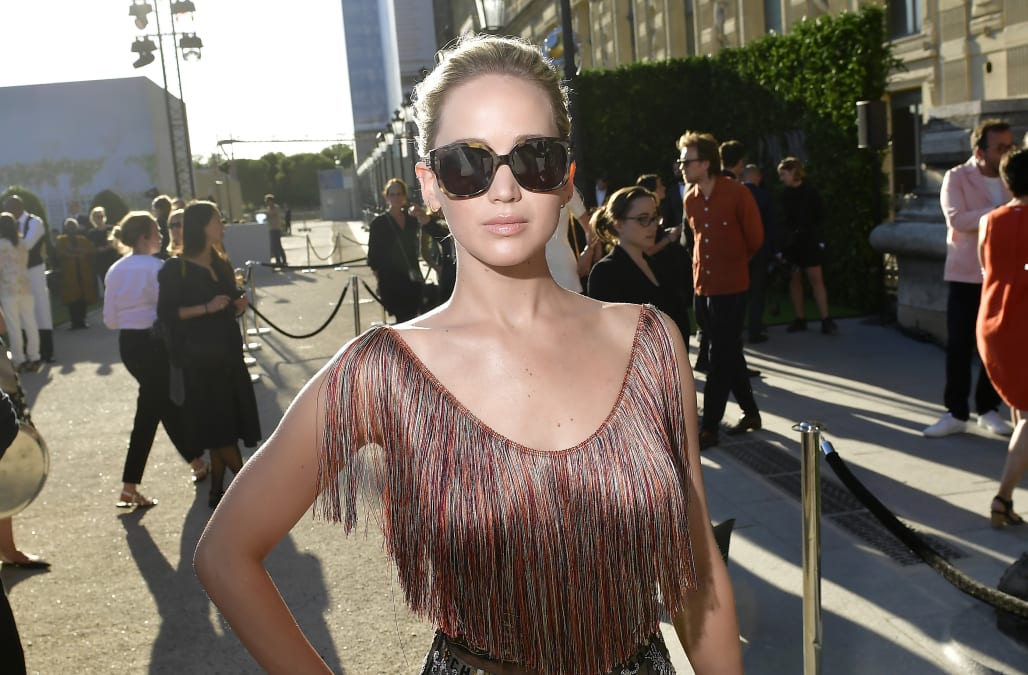 Some of Hollywood's most celebrated A-list stars jetted off to Paris this week for Haute Couture Fashion Week, where Katy Perry, Celine Dion, Natalie Portman and Jennifer Lawrence were among the celebs to take in all of the wild fashions. Whether walking into shows of grabbing a bite to eat between events, our favorite stars donned their most chic looks for the occasion.

Elsewhere, Jennifer Garner, Nick Jonas, Courtney Stodden and Ben Affleck went about their business as usual at home in Los Angeles, while sisters Kate and Pippa Middleton took in some tennis at Wimbledon on separate days.

See the best celebrity sightings of the week in the gallery below:

Jennifer Hudson rocked her performance at the Stand Up to Cancer concert at Masterpass House on July 8, 2017 in Miami Beach, Florida. Hudson was a knockout in a leather mini and her hair slicked bak. (Credit: Getty)

Josh Duhamel hit the Esurance All-Star Game Challenge this weekend and crushed it with his A-list baseball skills. "Today was a great day. I had so much fun at the Esurance All-Star Game Challenge! I hung out with Hall-of-Famer Pudge Rodriguez and fellow baseball fans at FanFest. Oh and I crushed 'Take me out to the ball game,'" Duhamel said. (Credit: Michael Simon/ STARTRAKSPHOTO.com)

Grey Goose toasts Rosario Dawson and Studio 189 at with a private dinner at The Surf Lodge in Montauk, New York.

Ben Affleck was spotted enjoying Fourth of July with his family. (Photo by BG004/Bauer-Griffin/GC Images)

Country singer Jennifer Nettles sings with 4-H member, 13-year-old Callista Clark, during sound check as part of a 4-H Alumni Day in the Life experience where Jennifer provided the opportunity for the up and coming singer to learn the ins and outs of preparing for a show.

Pippa Middleton was pretty in pink at Wimbledon this week. (Photo by Neil Mockford/GC Images)
Kylie Jenner had dinner with her boyfriend Travis Scott in London and showed off her new ankle tattoo. (Photo by Ricky Vigil/GC Images)

Ireland Basinger-Baldwin celebrated 4th of July weekend a in Swimsuits For All one-piece out in Montauk.

Ireland Basinger-Baldwin, professional surfer Quincy Davis, and model Diana Veras were seen celebrating Fourth of July weekend together in Swimsuits For All bikinis out in Montauk.

The three ladies have very different body types – Ireland slimmer, Quincy athletic, Diana curvy – yet each of them looked equally stunning and confident in the brand’s swimwear and cover ups. They were spotted surfing on the beach, going for a bike ride, lunching at Lobster Roll, and hanging out poolside at Montauk Beach House.

Anna Wintour was spotted taking in the action at Wimbledon. (Photo by Neil Mockford/GC Images)
Up Next