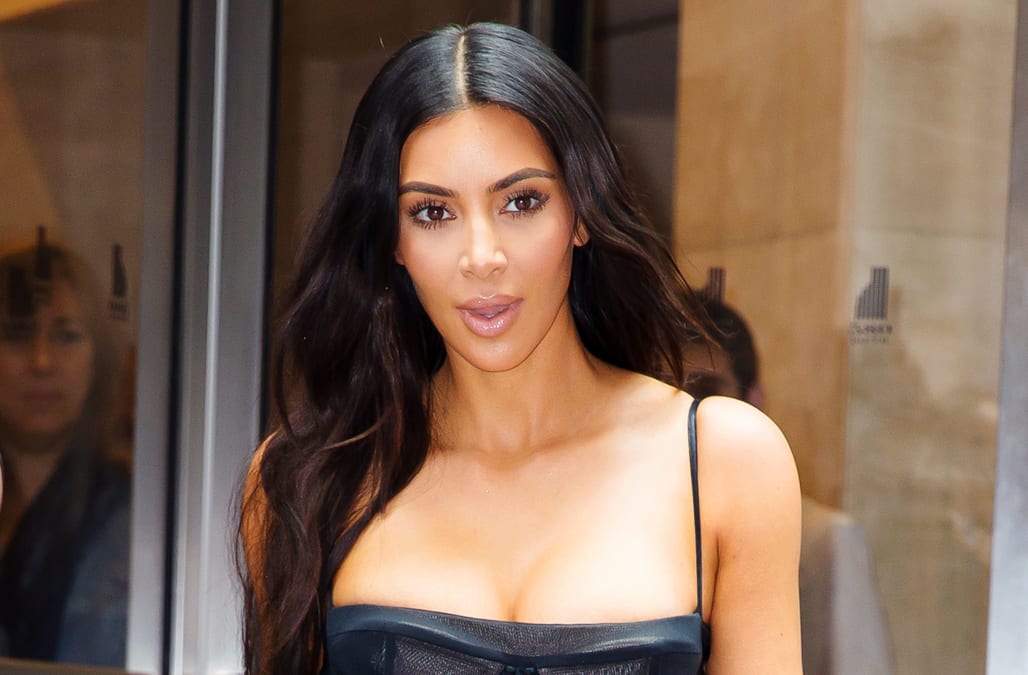 It was all about celebs' sexy styles in NYC this week!

Gigi Hadid rocked a number of notable ensembles while rounding around in the Big Apple this past week, including a super chic monochromatic look that will go down as one of her best ever. Kim Kardashian also got people talking in a series of sexy takes on "business casual" -- like when she paired a sheer corset with high-waisted slacks!

Heidi Klum, Katie Holmes and Bella Hadid also all stepped out in memorable looks in New York City this week.

Elsewhere, Celine Dion rocked a stunning patterned number in Paris, where Kristen Stewart and her girlfriend Stella Maxwell were also spotted looking quite fashionable together.

See all of our favorite celebrity sightings of the week in the gallery below:

Drew Barrymore stopped by a Walmart in Bentonville, Arkansas, to check out her exclusive line of FLOWER products.

Scarlett Johansson flashed her 100-watt smile at "The Late Show" in a semi-sheer dress and aviators. (Photo by Jackson Lee/GC Images)

Olivia Munn visits Proactiv’s “Pop This, Not That” pop-up to celebrate the launch of ProactivMD in NYC.

Bella Hadid channeled the '90s while out and about in New York. (Photo by James Devaney/GC Images)
Carrie Underwood performed an exclusive live set for American Airlines AAdvantage Mastercard cardmembers at The Fillmore in Philadelphia. (Photo by Christopher Polk/Getty Images for Mastercard)
Heidi Klum rocked a sexy LBD during an outing with her adorable children in New York City. (Photo by Robert Kamau/GC Images)
Celine Dion stepped out in Paris in a stunning patterned ensemble. (Photo by Marc Piasecki/GC Images)

Taye Diggs hosted a screening of "The Resiliant Heart" at the LA Film Festival.

Pamela Anderson paid yet another visit to her "friend" Julian Assange in London. (Photo by Neil Mockford/GC Images)

(Photo by Michael Loccisano/Getty Images for The Michaels Companies)

Sylvester Stallone grabbed dinner with her famously beautiful daughters at Catch LA this week. (Photo by Hollywood To You/Star Max/GC Images)
Katie Holmes delivered one of her best looks ever for the 2017 Fragrance Foundation Awards in NYC. (Photo by James Devaney/GC Images)

Zendaya rocked a shirt dress, cropped tuxedo jacket and jeans while out in London.

Internet celebrity Cameron Dallas celebrates the launch of Proactiv’s new system, ProactivMD at the “Pop This, Not That” pop-up exhibit.