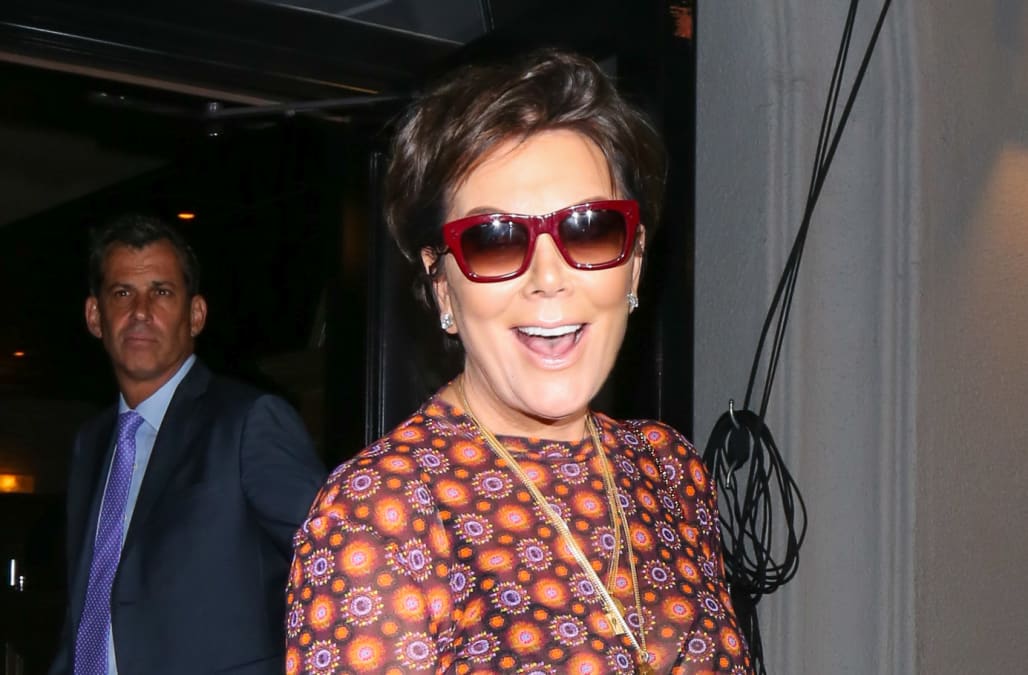 It's the summer of sheer!

Kris Jenner, La La Anthony, Vera Wang and Sara Sampaio were some of the stars that rocked the on-trend look this week -- and they all looked incredible! The sexy, see-through look has proven to be an easy way for celebs to take their ensembles to the next level, and we've been loving it.

SEE ALSO: Proof that Gigi Hadid has been the queen of street style in 2017

Demi Moore and Karlie Kloss were both spotted this week rocking another summery trend: Florals! Kloss donned some chic flower pants while out and about in Tokyo, while Moore stepped out in a stunning printed floral suit for an event in New York.

Check out our favorite celebrity spottings of the week below:

Kris Jenner was spotted leaving Craig's in West Hollywood in a sheer dress that flashed her undergarments.

Karlie Kloss looked flawless while running around in Tokyo. (Photo by Jun Sato/GC Images)
La La Anthony stepped out in Manhattan in a sexy sheer top under a classy black suit. (Photo by Robert Kamau/GC Images)
Demi Moore was pretty in this printed floral suit in New York City. (Photo by VMAL/Star Max/GC Images)
Hilary Duff was all smiles at a press event for the fourth season of her hit show, "Younger." (Photo by Gotham/GC Images)

Olivia Culpo visited the Kérastase Institute in NYC for a Fusio Dose Treatment in a chic ensemble with knee-high boots.

Rob Lowe looked like a dreamboat getting out of a car in LA. (Photo by SMXRF/Star Max/GC Images)
Gigi Hadid channeled Barbie in an all-pink ensemble for an event in New York City. (Photo by Tal Rubin/GC Images)
Rita Ora rocked a slinky pink mini dress for a performance at a magazine party in London. (Photo by Ricky Vigil M/GC Images)
Ansel Elgort took selfies with eager fans outside BUILD Series. (Photo by Ray Tamarra/GC Images)

"Girls" star and veteran Adam Driver surprised a military family in Brodheadsville, PA with a life changing scholarship in partnership with Folds of Honor and Budweiser.