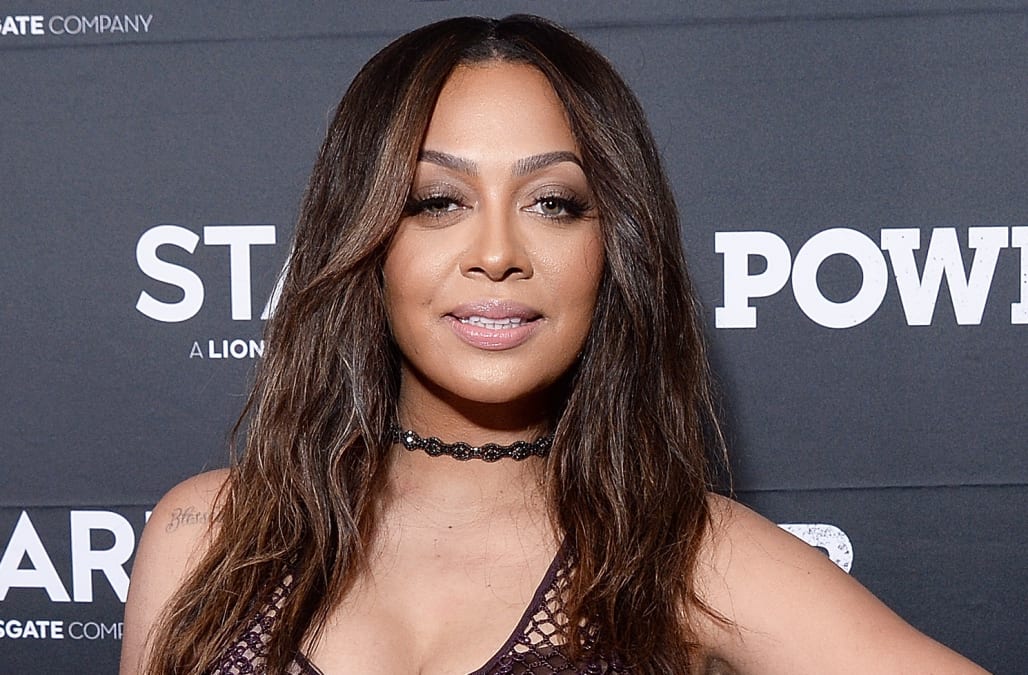 The "Power" actress recently caught up with AOL Entertainment at Arm & Hammer's Summer Event and revealed that Kiyan, 10, who she shares with ex Carmelo Anthony, wrote a paper about Serena Williams. Or, as he might call her, Auntie Rena.

SEE ALSO: Brooke Burke explains how she leads by example to encourage others to live a healthy lifestyle

"My son had a school project, and he decided he was going to write about Serena," she told AOL Entertainment as she showed us photos of the handwritten project. "It was the craziest thing, and she was so touched by it! I thought it was the sweetest thing. He literally wrote a whole paper about her, and it was so funny because I was like, 'Why didn't you call Auntie Rena and ask her questions?' And he said, 'That would be cheating!' He really researched her, and she was so touched."

15 PHOTOS
La La Anthony out and about
See Gallery

La La Anthony out and about

In addition to being an inspiration for her basketball-loving son, Anthony gushed about how "amazing" of a mother Williams will be when she gives birth to her first child later this year.

"She's great with kids," she said with a smile. "She's so much fun. She's going to be an amazing mom, and I'm so excited for her."

The adorable reveal came as Anthony was explaining how much she has learned from her famous gal pals, who include Williams, Kim Kardashian, Kelly Rowland and Ciara.

"I learn a lot about being successful and how to manage and juggle so many things [from them]," she said. "We all learn from from each other, and I think that's what friendships are all about."

And Anthony has clearly mastered the art of a hectic schedule. In addition to her high-profile role on "Power," the actress, who says she's on the road for her son's busy basketball schedule "more than anything else," is also slated to appear in no less than four other acting projects this year, plans to drop a new clothing line at Lord & Taylor this summer and is partnering with Arm & Hammer Baking Soda to educate fans on the various uses for the multi-purpose product.

"I'm blessed to have a job that I enjoy," she reflected. "It's nice when you find a job that doesn't feel like work. You just wake up, and you do it. What's the other option? Doing nothing? I would die! It keeps me going."

Anthony has also teamed up with Queen Latifah to bring her 2015 book, The Love Playbook, to the screen, and they've clearly been having a great time working together on the project.

"It was definitely a girl power move to partner with her," she said. "I love her, I admire her and we always have a joke that we're each 'The Other La.' She's Queen La, and I'm La La. It's our inside joke. I just thought from a girl power perspective that it was a great partnership."

More from AOL.com:
Ed Sheeran says he had 'no idea' 'Love Yourself' by Justin Bieber would be a hit when he wrote it
Danielle Brooks talks 'Orange Is the New Black' and Aziz Ansari breaking character on 'Master of None'
Dwyane Wade explains his wildest fashion moments and his 'humbling' introduction to the fashion world