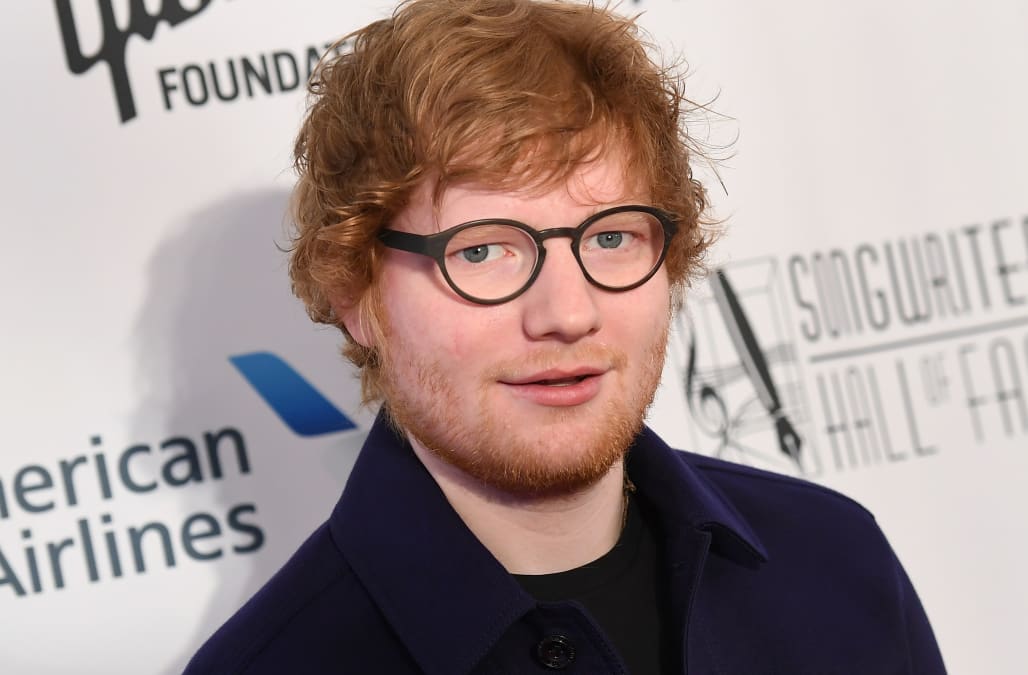 Ed Sheeran had "no idea" "Love Yourself," which he wrote with Justin Bieber and Benny Blanco, was going to be nearly as big of a hit that it ended up being.

The song peaked at No. 1 on the Billboard Hot 100 chart back in 2016, and Sheeran told us at the 2017 Songwriters Hall of Fame Induction and Awards Gala in New York City that he was surprised at how well it was received.

SEE ALSO: Danielle Brooks talks 'Orange Is the New Black' and Aziz Ansari breaking character on 'Master of None'

When we asked him what his favorite song is that he's written for someone else, he told us that it was "probably 'Love Yourself.'"

"I think so, yeah," he continued when we asked if the fact that it became such a big hit made it his favorite. "I didn't know -- I don't think anyone knew [how big it would become]. I think Bieber and Scooter [Braun, Bieber's manager] knew, but I think Benny and me, who worked on the song, we had no idea."

Sheeran, who was honored with the Hal David Starlight Award on Thursday night, added that his favorite song that he's written for himself is "Perfect."

Other honorees included Pitbull, Alan Menken and Caroline Bienstock. Kenneth "Babyface" Edmonds, Berry Gordy, Jimmy Jam & Terry Lewis, Robert Lamm & James Pankow p/k/a "Chicago," Max Martin and Jay Z were inducted into the Songwriters Hall of Fame during the ceremony, though Jay Z was absent because his wife, Beyoncé, is expected to give birth to twins any day now in Los Angeles.

More from AOL.com:
Dwyane Wade explains his wildest fashion moments and his 'humbling' introduction to the fashion world
'All My Friends' hitmakers Snakehips explain why 'it's not that important' for them to release an album
Shay Mitchell reveals the telling 'Pretty Little Liars' question she never gets asked anymore