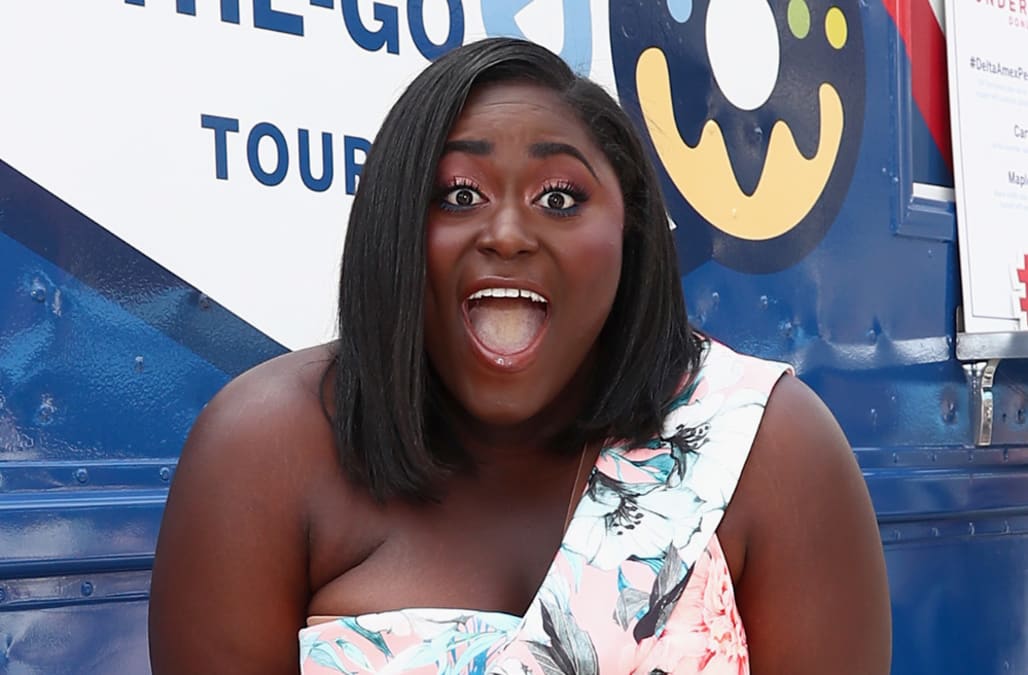 This article contains spoilers about Season 4 of "Orange Is the New Black."

Danielle Brooks' life changed forever over the course of 13 hours.

That's how long it took for the first fans of "Orange Is the New Black" to binge watch the Netflix series' first season back in 2013 and, since then, Brooks' life has never been the same.

"Over the course of 13 hours, my life had changed," Brooks, who plays Taystee Jefferson on the show, recently reflected to me. "It takes someone 13 hours to watch the entirety of the show, and you get that quick, immediate response."

Since then, Brooks, 27, has gone on to become a breakout character on one of Netflix's most popular shows, in addition to having a star turn in "The Color Purple" on Broadway, a scene-stealing role on Aziz Ansari's "Master of None" and a high-profile body positivity campaign with Lane Bryant alongside Gabourey Sidibe.

26 PHOTOS
Danielle Brooks out and about
See Gallery

In addition, Brooks recently partnered with American Express and Delta Air Lines for their #DeltaAmexPerks Dough On-The-Go tour, another partnership that "just fit," she says.

"I've been playing this character Taystee for about five years now, and they were very smart to use me to hand out doughnuts," Brooks said with a laugh last week after passing out treats to Delta Skymiles American Express cardholders. "It was a great collaboration."

Speaking with me the day before the Season 5 premiere of "Orange," Brooks said that she was feeling "excitement and anxiety" ahead of the Netflix release.

"Sometimes you just want to crawl in a hole until people have seen it," she explained. "And then you realize that they like it, and you can come out."

Brooks' character, Taystee, ended Season 4 in a dark place: After losing her best friend, Poussey (Samira Wiley), following a shocking instance of brutality at the hands of a prison guard, Taystee collapsed onto the floor in agony before rounding the troops for an all-out prison riot.

"It definitely left on a hard note for her," Brooks agreed. "As we saw, she's the one who really started the riot at the end of that episode and rounding all of these girls up. If you really think about what it takes to start a riot like that, it takes a person that's willing to die. There's nothing for them to lose, so we're going to see someone who has nothing to lose fight for what she believes in."

Before the latest season of "OITNB" was released on Netflix, the effervescent star reprised her small role on Ansari's "Master of None" as his agent, Shannon. Brooks told me that after Ansari texted her that she'd be coming back to be part of the second season, she was hopeful that that would mean she'd get to go to Italy, where the beginning of Season 2 was filmed.

"I was like, 'Maybe I get to go to Italy if the agent goes!'" she remembered with a laugh. "That was not the case. No pasta making for Shannon."

Along with a quick voiceover moment in an early episode, Brooks also appeared in one scene alongside Ansari.

"Bobby Cannavale was there that day, and that was a lot of fun to get to finally meet him because I think he's an amazing actor," she recalled. "It's always fun with Aziz because he's very much from the school of improv and figuring out what works in the moment. The whole staring into each other's eyes [moment] was totally improv."

"He kept breaking while we were shooting!" she continued. "We had to keep doing it over and over again. As he's directing, he's breaking his own character. It was crazy, but so much fun."

"Orange Is the New Black" Season 5 and "Master of None" Season 2 are both available on Netflix.

More from AOL.com:
Dwyane Wade explains his wildest fashion moments and his 'humbling' introduction to the fashion world
'All My Friends' hitmakers Snakehips explain why 'it's not that important' for them to release an album
Shay Mitchell reveals the telling 'Pretty Little Liars' question she never gets asked anymore