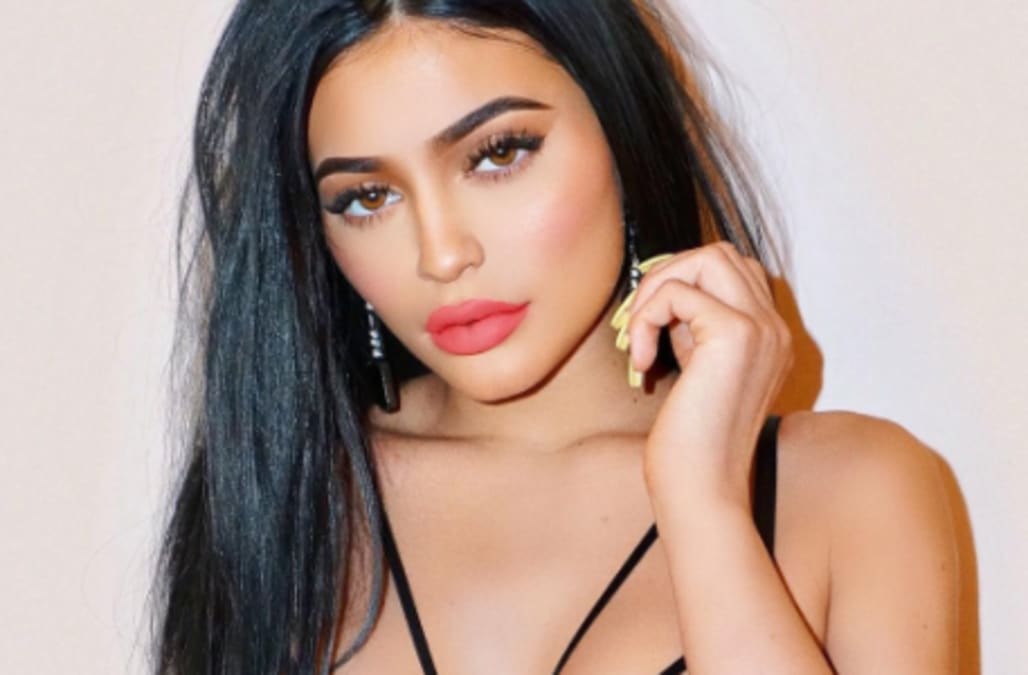 Kylie Jenner is once again leaving little to the imagination on social media.

The 19-year-old "Keeping Up With the Kardashians" star took to Instagram on Wednesday to share a racy new photo of herself shirtless and wearing a completely sheer lacy bra.

The shot, which is seemingly from a recent Kylie Cosmetics photo shoot, shows Jenner posing seductively for the camera as she rocks long black extensions and a matte red Kylie Lip Kit color on her lips. She didn't caption the photo.

See the shot in the gallery below:


Later this summer, Jenner is set to star in her own reality series called "Life of Kylie" on E!, which premieres in August. The highly-anticipated show focuses on Jenner's life, friends and building of her beauty brand, Kylie Cosmetics.

Fans are wondering whether or not the docu-series will shed light on her relatively recent breakup from on-and-off rapper boyfriend, Tyga, as well as her new romance with Travis Scott. Jenner and Scott recently got matching tattoos on their ankles and showed them off on social media.

For more on their matching tattoos, watch the video above.

Watch the trailer for "Life of Kylie":

More from AOL.com:
Jessica Chastain scolds paparazzi for taking photos of her surprise wedding
Gloria Estefan mourns her mother's passing on social media: 'I will miss her every moment of every day'
Phil Collins returns to stage with bandage on head after being hospitalized for 'severe gas'