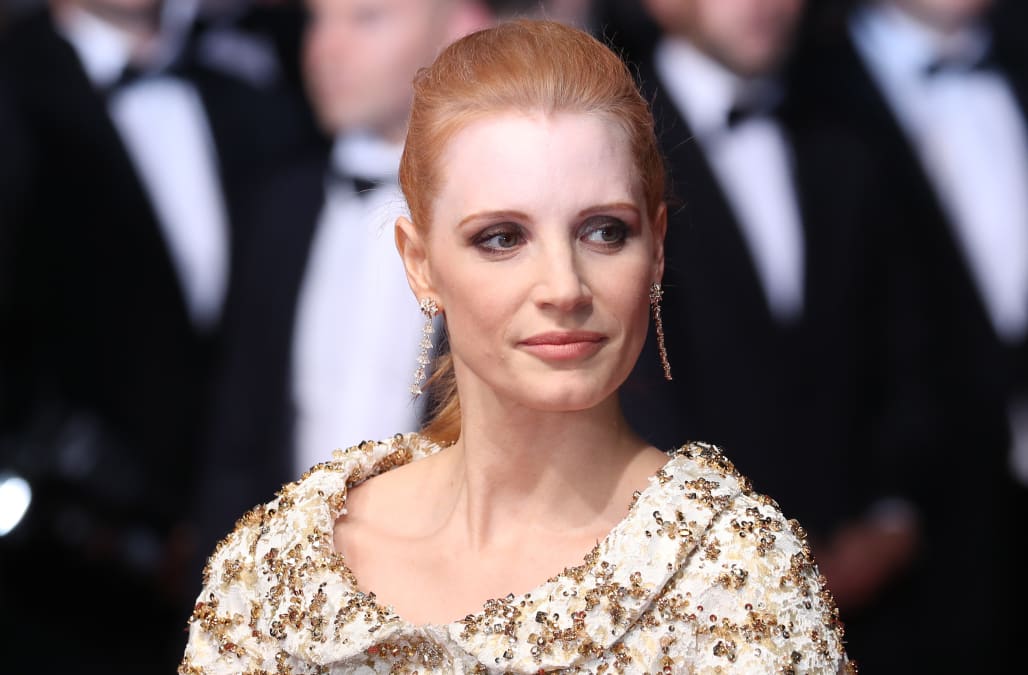 It's not all wedding bliss for Jessica Chastain, who is asking fans to stop sharing photos of her nuptials because paparazzi "disregarded a nofly zone" and intruded.

"Did you hear? Im off the market," Chastain tweeted on Tuesday. "Gianluca & I got married! We wanted privacy & aren't selling photos but Ill post something in the future."

She added, "I am going to ask you to please stop sharing the photos. Helicopters disregarded a nofly zone & took those pics during the ceremony. Everytime I see them I'm reminded of the insensitivity of that moment. I promise that I will share pics with you in the future, but I would prefer to share photos that celebrate love not intrusion."

Did you hear? Im off the market 😉
Gianluca & I got married! We wanted privacy & aren't selling photos but Ill post something in the future ❤ pic.twitter.com/5VnM9qHaMX

The "Zero Dark Thirty" star has been extremely private about her relationship with Gian Luca Passi de Preposulo, whom she has dated for nearly five years.

In 2013, the actress told Extra that she's "very, very happy" with Passi de Preposulo and that it's "a wonderful thing when a career does so well and your personal life goes so well."

Chastain's recent credits include "Miss Sloane," "The Zookeeper's Wife" and "The Huntsman: Winter's War." She will next star in "Woman Walks Ahead" and "Molly's Game."