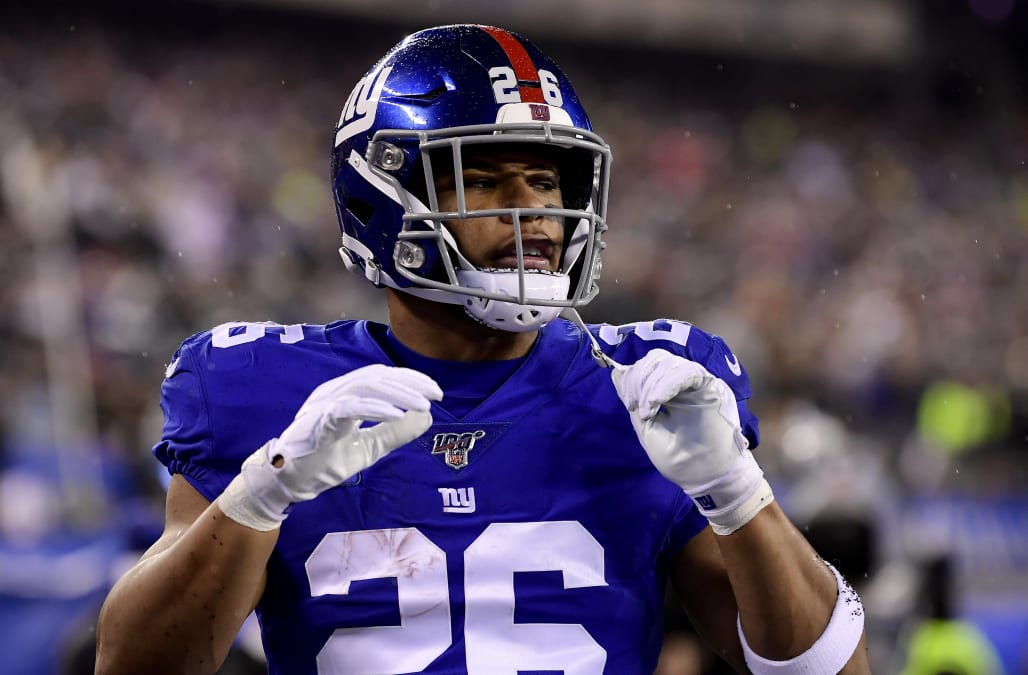 The old adage that "defense wins championships" rings true for New York Giants running back Saquon Barkley — and deeply informed his pick for the winner of this year's Super Bowl.

Talking to AOL Sports on behalf of Spotify, the second-year NFL star reluctantly made a prediction for Super Bowl LIV, which takes place this Sunday in Miami.

"Obviously, I hope no one wins," he said of the game between the San Francisco 49ers and Kansas City Chiefs. "I wish it was us. But if I had to pick a team, I would pick the 49ers."

SEE ALSO: Saquon Barkley shares his favorite podcasts to get you hyped for the Super Bowl — and everyday life

The more Barkley began to muse over the matchup, however, the more he hesitated, nearly faltering from his initial pick.

Barkley isn't alone in believing the 49ers are the better team in this season's big game. Von Miller, Denver Broncos linebacker and Super Bowl 50 MVP, told us that San Francisco is "the best team in the playoffs" — but the trophy doesn't always go to the more stacked roster.

Kansas City is the favorite to win with Super Bowl LIV just days away.