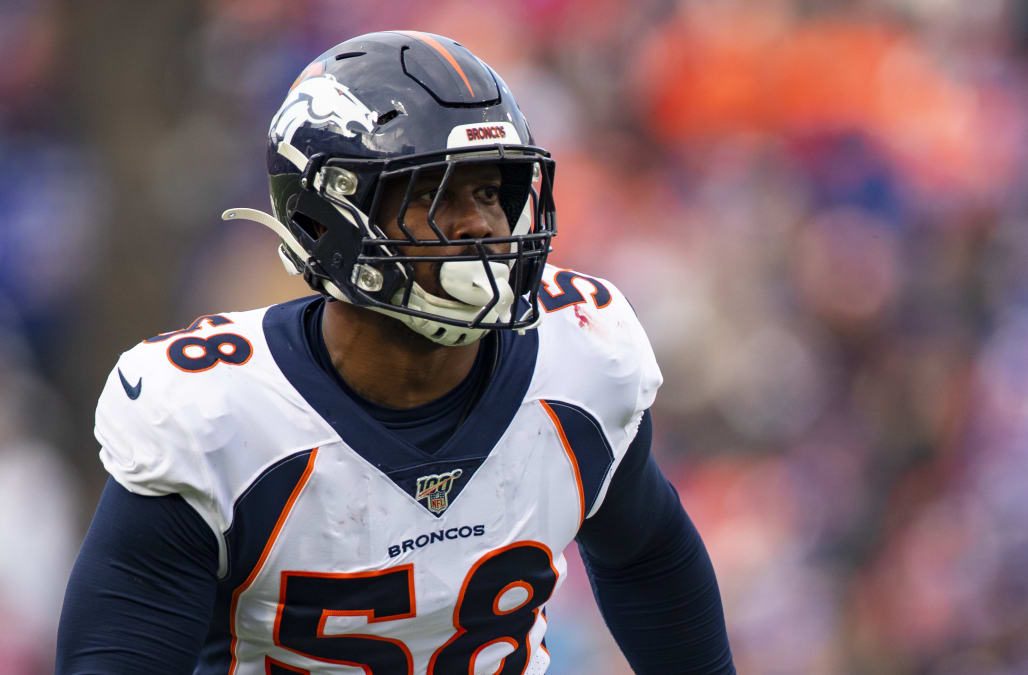 As a linebacker, it's Von Miller's job to identify his opponents' strengths and weaknesses — but he can do that off the gridiron, as well.

The Denver Broncos superstar recently sat down with In The Know to discuss the upcoming Super Bowl, noting that both teams competing in the big game each have strong pros, and worrisome cons.

SEE ALSO: Von Miller's relationship with his now-iconic glasses inspires him to 'tackle all things vision'

Miller, notably, was named the Most Valuable Player of the Broncos' Super Bowl 50 victory over the Carolina Panthers, so he certainly knows a thing or two about what it takes to become a champion. He praised several specific members of the Chiefs roster as reasons they could take home the Lombardi this Sunday but did say he believes the 49ers are "the best team in the playoffs."

Of course, "it doesn't always go to the best team in the tournament," Miller knows, which puts San Francisco at risk. Even more at risk, though, are the Chiefs, who, according to Miller, somehow "always find a way to lose it."

The AFC champion Chiefs are 1-point favorites with Super Bowl LIV in Miami just days away. Watch the video above for more of Miller's takes on the two teams vying for this season's Lombardi Trophy.