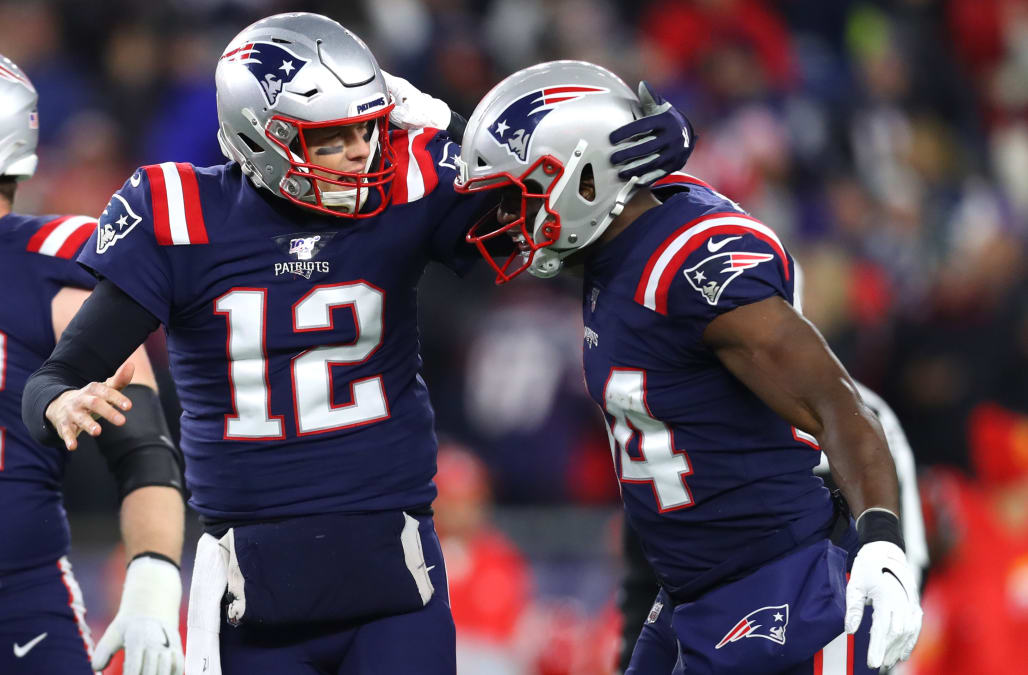 New England Patriots quarterback Tom Brady posted a lengthy message to Instagram on Wednesday in which he thanked fans, lamented the end of his 2019 season and addressed rumors regarding his future in the league.

Though the heartfelt photo caption was largely directed at loyal Patriots supporters, the words also resonated with several of Brady's teammates, opponents around the league and even a few superstar celebrities.

One player in particular who was struck by Brady's message was veteran Patriots tight end Benjamin Watson, who played alongside the quarterback in 2019 as well as from 2004 to 2009, a span during which the Patriots appeared in two Super Bowls, winning one.

While Brady used his platform to send his thanks to Patriots fans, Watson commented that it was Brady himself who actually deserved a thank you.

"Your leadership is an inspiration, your example exemplary, and your fire is contagious," Watson penned in the comments of Brady's post. "Generations of players have been blessed to take the field and share the locked room with you. You made everyone better and made us appreciate this game all the more."

The veteran tight end wrapped up his message by saying this decade, like the last two, needs Tom Brady in it as well and called himself a "fan for life." 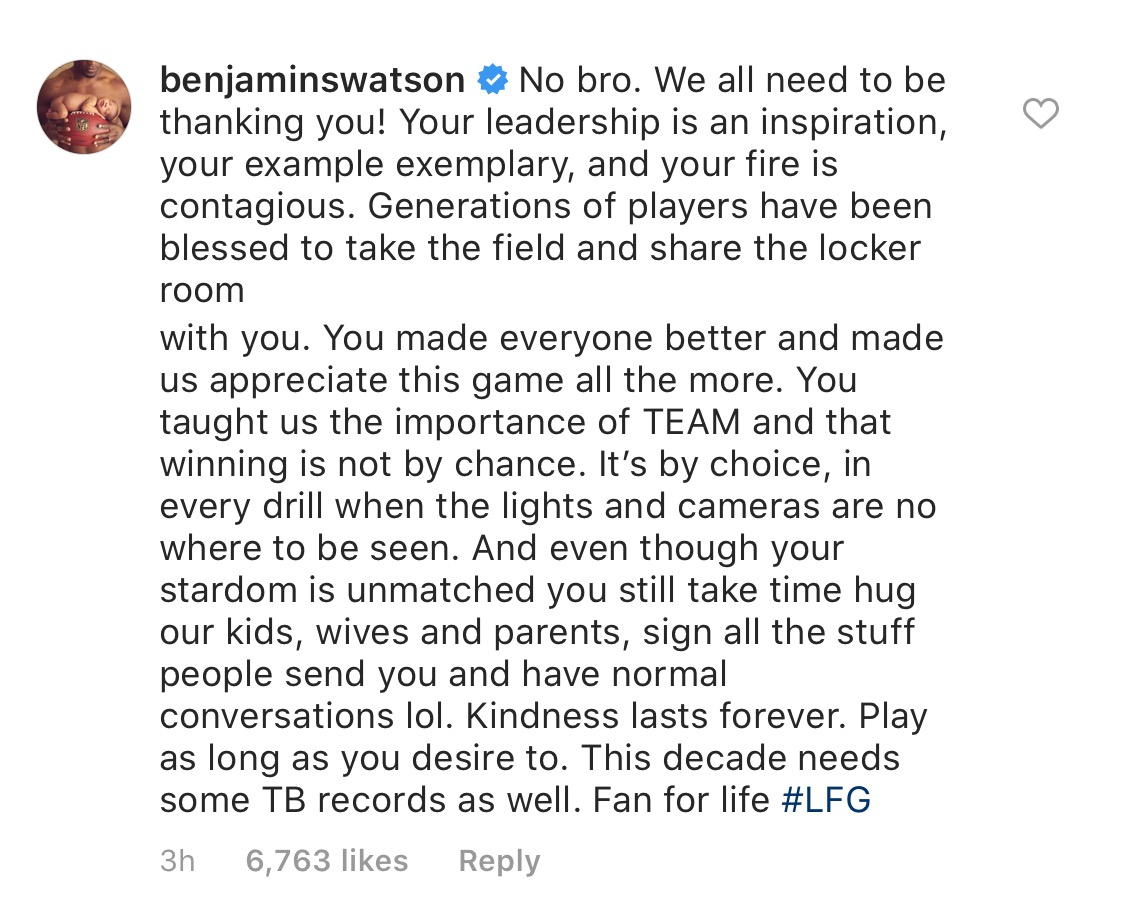 The vast majority of comments on Brady's post appeared supportive of the quarterback as he mulls his future in the league, though he made it clear that he currently has no plans to retire. Teammates Deatrich Wise Jr., Sony Michel, Danny Shelton and backup quarterback Jarrett Stidham all made their love for Brady clear.

Brady is set to become a free agent when the league year ends this March, with many speculating that he could leave the Patriots. Team owner Robert Kraft has openly stated that he hopes Brady returns to New England in 2020.