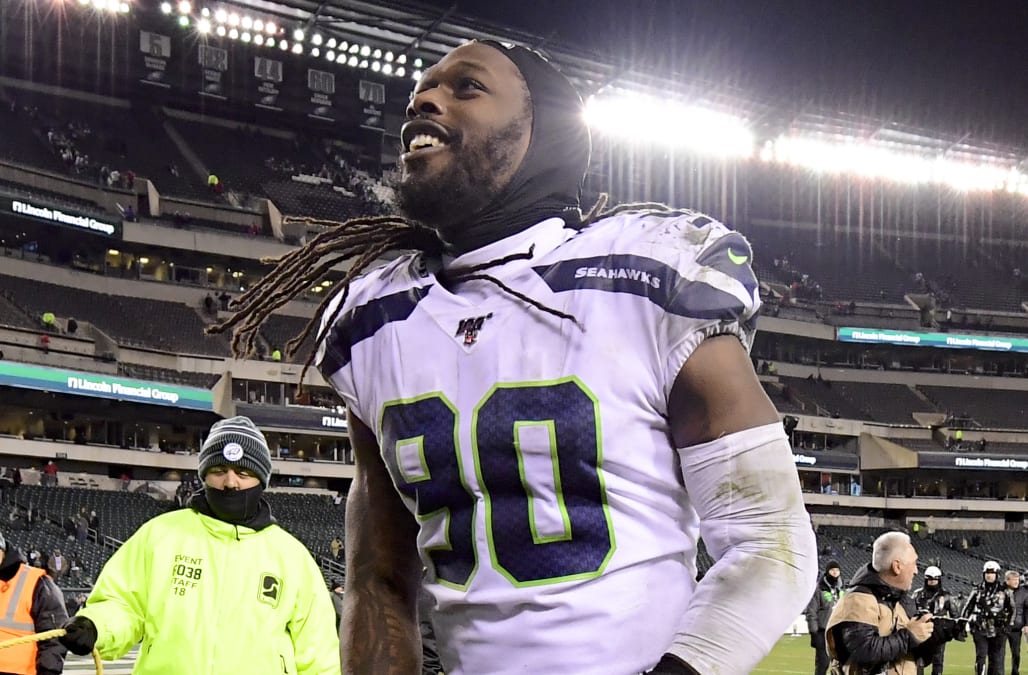 The Philadelphia Eagles were forced to play the majority of their wild-card round matchup against the Seattle Seahawks without starting quarterback Carson Wentz after he suffered a hit to his helmet that caused him to be removed from the game on Sunday.

The perpetrator from Seattle was defensive end Jadeveon Clowney, who said after the game that the incident came on a "bang-bang play" and that he had no intention of injuring Wentz.

Intention aside, the damage was done, and Seattle ultimately won the game 17-9 to advance in the postseason while the Eagles, behind backup quarterback Josh McCown, were sent packing.

After the game, Clowney had some harsh words for supporters watching the Eagles both at Lincoln Financial Field and at home.

"Worst fans in the world," he said, according to the Philadelphia Inquirer.

Clowney is no stranger to the ire of Eagles fans after a hit on quarterback Nick Foles last season put him in a similar situation. The defensive end, who was on the Houston Texans at the time, was flagged and fined for roughing the passer after a hit to Foles's chest, which caused him to sit out the next play.

He said he expected death threats for his hit on Wentz, which the league is currently reviewing. On Monday, Wentz posted an update on his health to Instagram, calling the hit an "unfortunate part of this game."