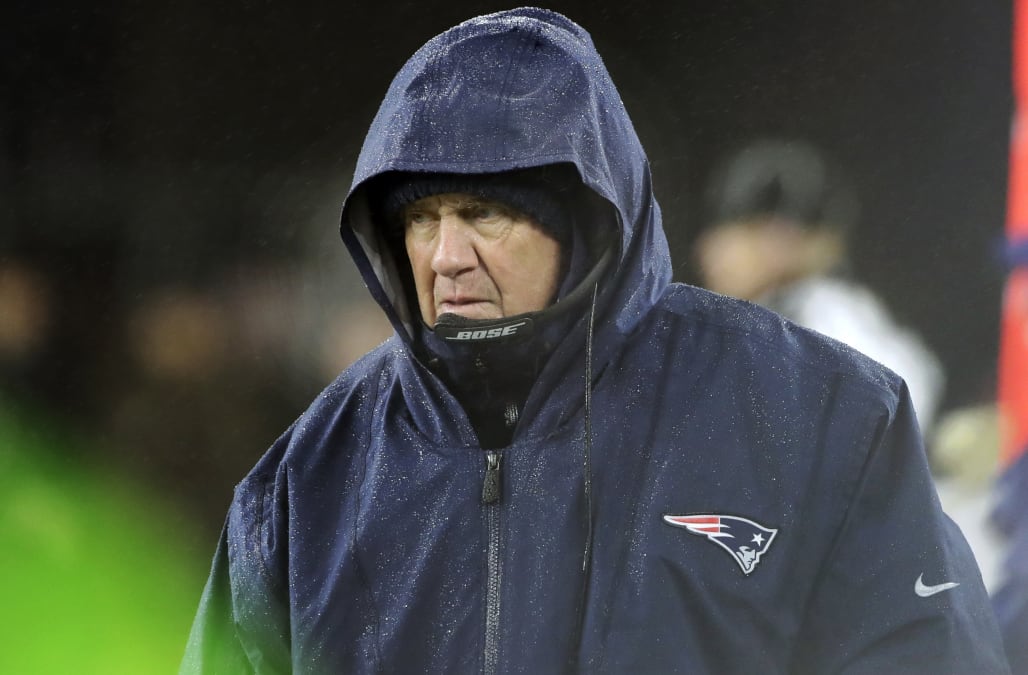 When Bill Belichick doesn't want to talk about something, he doesn't talk about it.

This isn't groundbreaking news for anyone who has ever listened to the New England Patriots head coach's press conferences before. Belichick has become notorious for being tight-lipped, forward-thinking and maybe, at times, coming off a bit grumpy.

So, when he was asked about his team's Week 17 loss to the Miami Dolphins ahead of the playoffs beginning on Saturday, Belichick shrugged and quickly shot the question down.

"I don't know what we are or aren't, doesn't matter," he responded to the notion that the Patriots may be underdogs this weekend. "We're just trying to get ready for the Titans [and] play our best game on Saturday night. That's it."

When pressed, the coach continued by saying that the team is "past last week."

The response wasn't quite "we're on to Cincinnati" level, but Belichick still made his point very clear: we're no longer thinking about Miami (which, for the record, has defeated the Patriots late in December now for the second-straight season).

The Patriots are preparing to take on the Tennessee Titans in the team's first game in the wild-card round since 2009. The game against the Dolphins directly put them in this position as that loss prevented New England from securing the No. 2 seed in the AFC, which would have granted them a first-round bye and home-field advantage in the second round.


More from Aol.com:
Sam Wyche, who coached Bengals to their last Super Bowl appearance, dies
Colts GM addresses possibility of Andrew Luck returning in 2020
The first 20 picks of the 2020 NFL draft are set