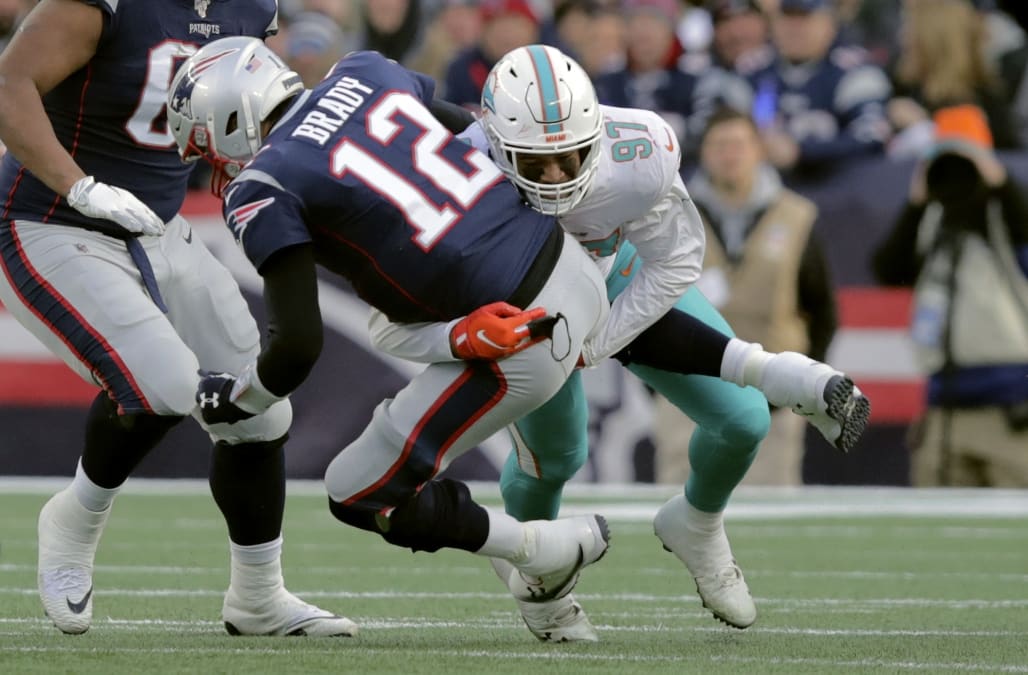 Tom Brady struggled for much of the day. The No. 1-ranked defense allowed a season high in yards to a Ryan Fitzpatrick-led offense.

And somehow, the New England Patriots blew a shot at a first-round bye in a shocking home loss to the Miami Dolphins on Sunday, 27-24.

The Patriots needed to win or tie — or have the Kansas City Chiefs lose Sunday — to earn the first-round bye as the No. 2 seed in the AFC. The Chiefs hung on against the Los Angeles Chargers. The Baltimore Ravens have locked up the top seed and home field throughout the AFC playoffs, and the Patriots fell to the No. 3 seed.

The Patriots never have won a Super Bowl without the benefit of the extra week’s rest in the first round of the postseason. Dolphins head coach Brian Flores made it that much harder for his former boss, Bill Belichick, to win another Super Bowl.

Brady completed 16 of 29 passes for 221 yards and threw a pick-six to his former teammate, Eric Rowe, in the second quarter, giving Miami a 10-3 lead.

The Patriots tied the game 10-10 on Brady’s first TD pass — to linebacker-slash-fullback Elandon Roberts, as the shorthanded Patriots have had to use trick plays to generate points down the stretch this season. The TD pass pushed Brady ahead of Peyton Manning on the NFL’s all-time TD pass list.

New England didn’t lead in the game until the 3:53 mark of the fourth quarter, when Brady hit James White on a screen pass for a touchdown, making it 24-20, Patriots.

Fitzpatrick drove the Dolphins down the field for the go-ahead score to Mike Gesicki for a 5-yard TD with 24 seconds remaining. Miami finished the first season under Flores 5-11— a year in which many speculated the Dolphins could be tanking for the No. 1 pick in the 2020 draft. All five victories came in the second half of the season.

Fitzpatrick finished the game 28-of-41 passing for 320 yards and a TD, also running for a score. DeVante Parker — who was covered often by Stephon Gilmore — hauled in eight passes for 137 yards.

The Patriots started 8-0 but went 4-4 down the stretch, limping into the postseason. Brady, who was named to the NFL’s Top 100 team this past week, tried to lead the Patriots back in the waning seconds, but the Patriots couldn’t cross midfield.

Entering Sunday, the Patriots were 15-1 with Brady at QB against the Dolphins in Foxborough, with the one loss coming in a meaningless game in 2005.