Eli Manning reveals the truth: Being Daniel Jones's backup was 'no fun' 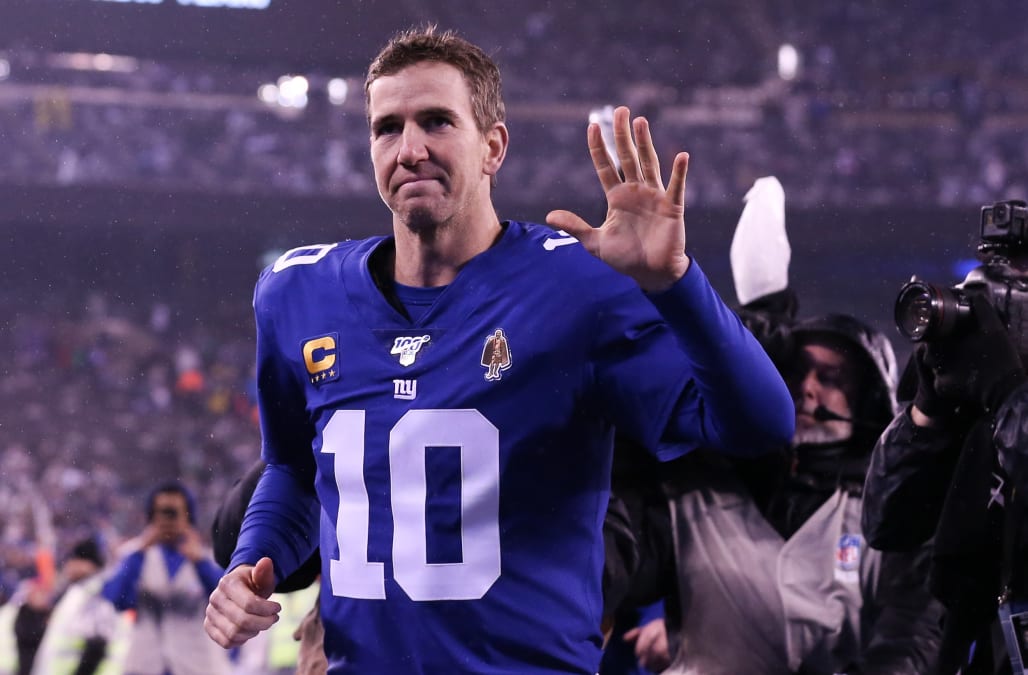 When the news of New York Giants quarterback Eli Manning's demotion to backup was announced in Week 3 of this season, the NFL veteran remained positive — at least in the public eye.

"There's a lot to be grateful for," he said. "I'm going to accept my new role and make the best of it."

The team's new starting quarterback, No. 6 overall draft pick Daniel Jones, stated at the time that Manning was "nothing but supportive" of him amid the team's decision.

Late in the year, when an injury to Jones's ankle provided Manning with the opportunity to start for the Giants again, he opened up a bit more about how he felt this season, stating that he was "eager" to play and that he missed being on the field leading his team.

On Monday, the day after the Giants finished the regular season with a 4-12 record and fired head coach Pat Shurmur, Manning was a bit more honest about the reality of being Jones's backup, calling the job "no fun." When asked if he would consider being a backup for another year, Manning rejected the idea.

Eli Manning told reporters that being a backup this season to rookie Daniel Jones was "no fun." He also said, "I doubt it," when asked whether he would consider playing for another team as a backup next season.

So, what is the most realistic step for Manning to take? The quarterback also said that coaching isn't an option for him right now, saying that he felt like a coach for much of this season and "didn't enjoy it that much."

That leaves two options for the soon-to-be 39-year-old, whose contract with the Giants is now up: find a job as a starting quarterback, or retire.

"That's the first decision, whether I want to continue to play or not," Manning told the media. "I'll just try to figure it out. I think I can still play."

Manning has stated that he wants to take some time with his family to consider his future and doesn't have a timetable set for when he'll make a decision on retirement. But one thing seems sure: the Giants should be looking for a new backup for Daniel Jones.