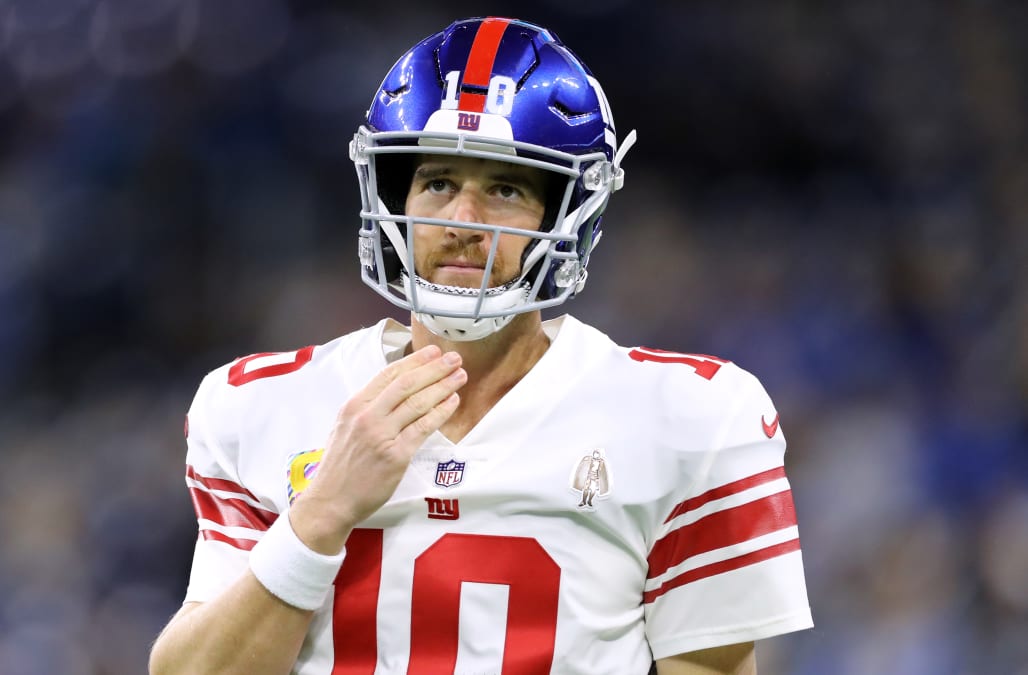 Eli Manning hasn't stepped onto a football field since September, but he's likely going to be starting for the New York Giants on Monday.

The longtime Giants quarterback was benched after two games this season in favor of this year's No. 6 overall draft pick, Daniel Jones, who won his first two starts under center but has since gone without a victory.

In the Giants' Week 13 loss to the Green Bay Packers, Jones suffered a "moderate" high ankle sprain that landed him in a walking boot — making it "very likely," according to team owner Pat Shurmur, that Manning would return to his former starting role in Week 14. Jones has since stopped using a walking boot but did not practice on Thursday or Friday.

Manning seemed cautiously optimistic amid the news of his probable next start.

"You're always eager to play," he told reporters on Thursday. "That's why you play. That's why you compete and you work out and do everything, to go out there and compete on game day and get wins and put your team in a situation to win. When you're not doing that, you miss it."

Monday night's game is against New York's division rival Philadelphia Eagles, a 5-7 team that currently sits in second place behind the Dallas Cowboys in the NFC East.

Manning will turn 39 on Jan. 3. He acknowledged his football mortality over the offseason but stopped short of stating any plans to retire.

More from Aol.com:
Odell Beckham Jr.: 'I never said I was not happy' in Cleveland
Antonio Brown posts throwback selfie with message to Tom Brady
Cowboys get embarrassed by Bears, are still likely to make playoffs