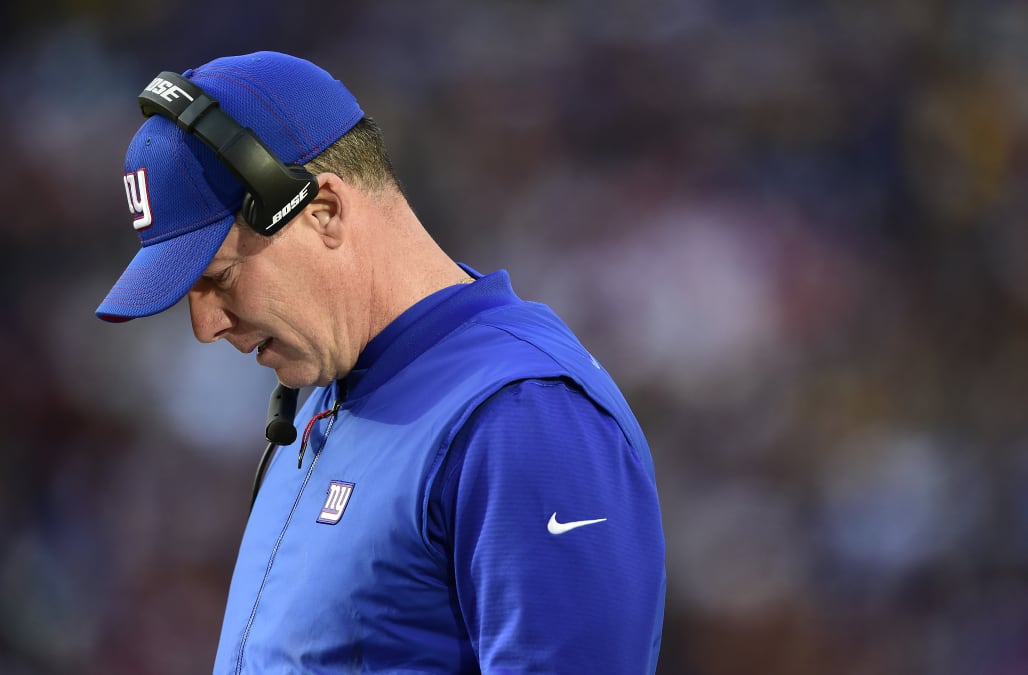 The New York Giants will begin anew in their pursuit of the best head coach for their franchise after firing Pat Shurmur on Monday.

The Giants were just 9-23 in two seasons with Shurmur at the helm. Numerous reports on Monday morning said the Giants had decided to fire Shurmur, whose time ended with a loss to the Philadelphia Eagles in Week 17.

This is the third time in five years New York will have a new head coach.

New York hired Shurmur in early 2018, luring him away from the Minnesota Vikings, where he’d been offensive coordinator in 2016-17. In 2017, he tutored Case Keenum to the best season of the quarterback’s career as the Vikings went 13-3 and were in the top-third of the league in many offensive categories.

Shurmur had previous head coaching experience, but that was short-lived too: he was with the Cleveland Browns from 2011-12, and they totaled just nine wins.

While it’s understandable that the Giants moved on from Shurmur so quickly, the one drawback to doing so is that first-round pick Daniel Jones will be learning a new system just one season into his career.

Ask, say, Marcus Mariota how it’s worked out to deal with coach and coordinator changes, though if the Giants get it right this time hopefully Jones will be working with the same person for a while. That tack did seem to work for Jared Goff: the Los Angeles Rams brought in a new staff after his first season, and Sean McVay and Co. were able to use his strengths and made the playoffs in the process.

Writing was on the wall

The writing was on the wall for Shurmur, fueled in part by one of the Giants’ co-owners: at a December charity event, Steve Tisch said it had been “a very frustrating season” and wouldn’t answer when asked if he believed in Shurmur and general manager Dave Gettleman.

But Tisch and fellow owner John Mara have been stumbling with their coaching choices. They parted ways with two-time Super Bowl winning coach Tom Coughlin after the 2015 season to hang onto then-offensive coordinator Ben McAdoo.

McAdoo was a disaster, fired with four games left in his second season. And now Shurmur.

One other note: they keep hiring so-called offensive coaches, with little success: in 2015, the last season of Coughlin’s tenure, New York was sixth in the NFL in points scored and eighth in yards.