Father of girl killed in Indiana bus stop accident: 'I don't get to watch my baby grow up' 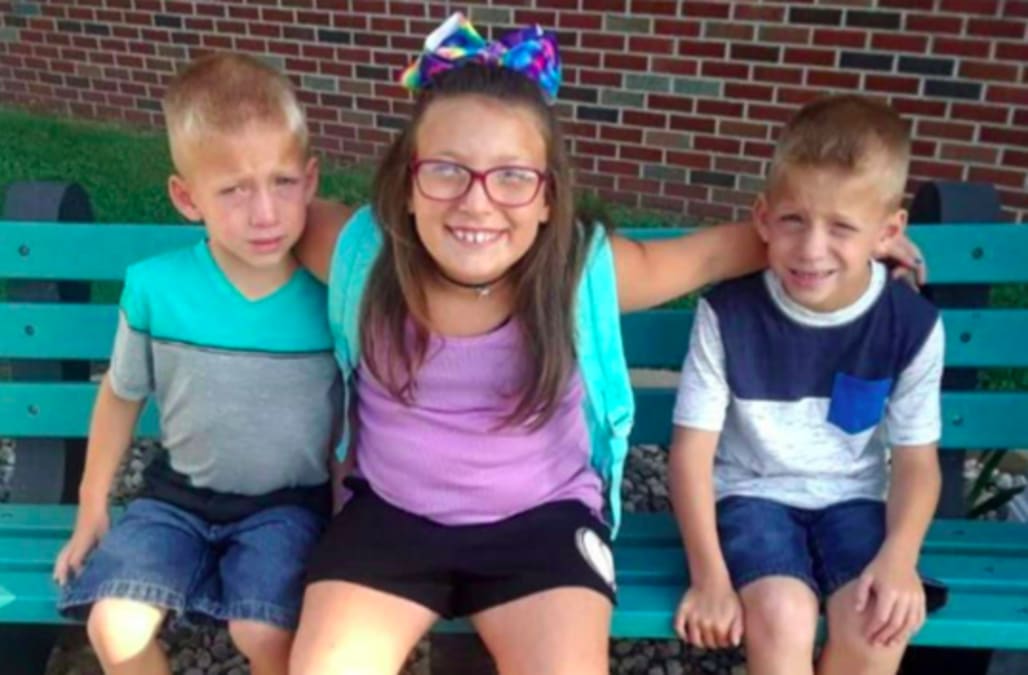 The bereaved father of 9-year-old Alivia Stahl, who died last week during a bus stop accident in Rochester, Indiana, spoke out about the tragedy during a vigil on Friday night.

Alivia, along with her 6-year-old twin brother Xzavier and Mason Ingle, were crossing the street early on Tuesday morning to board their school bus when they were struck and killed by a pickup truck. Another child, 11-year-old Maverik Lowe, suffered multiple broken bones and was airlifted to a hospital to undergo multiple surgeries.

According to Elgin Ingle, an uncle of the three siblings, Alivia was like a "mother hen" to her two younger brothers and even tried to sacrifice herself to save them during her final moments.

Michael Stahl said his family is now left grappling for answers about the accident, including a fourth sibling of the slain students who stayed home from school that day for a doctor's appointment.

"She asked me 'Why am I still here? Why did they only take them and not me?'" Stahl said. "What do you tell an 11-year-old child?"

Alyssa Shepherd, 24, was arrested following the crash and was charged with three counts of reckless homicide and one count of passing a school bus when arm signal device is extended, causing bodily injury.

Shepherd reportedly told authorities that she was returning from driving her husband to work at the time of the accident and had three children in her truck at the time, including her own little brother. She acknowledged she saw "something" with lights on the side of the road, but claimed she didn't recognize it was a school bus until it was too late to stop.

Shepherd is set to appear in court on Nov. 13.