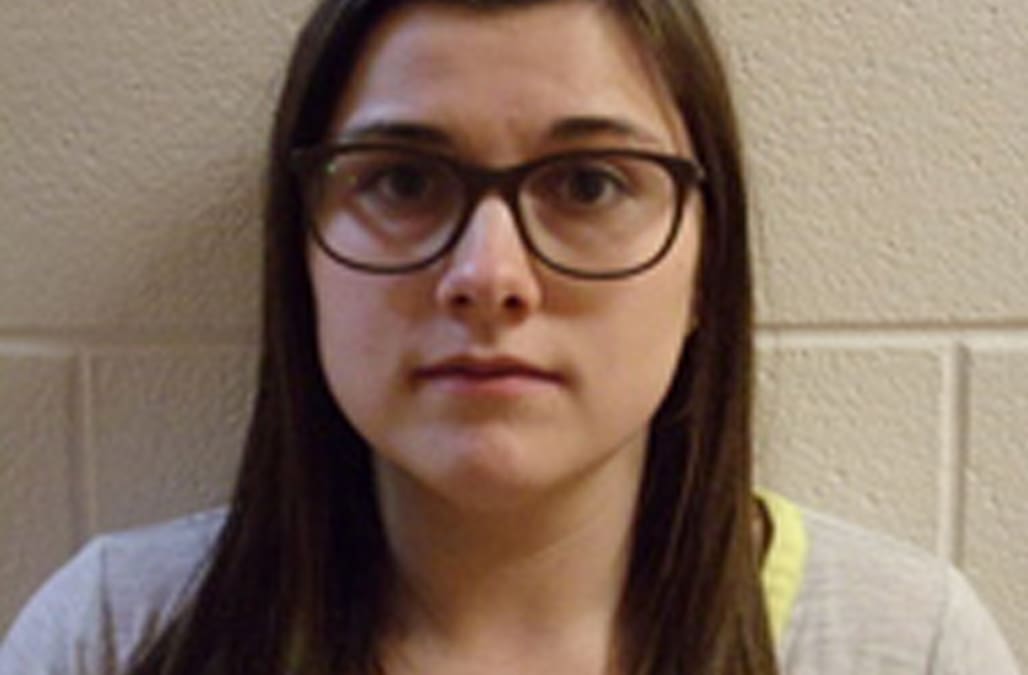 The Indiana driver who police say plowed into four children at a bus stop, killing three of them, told authorities she didn't spot the school bus until it was too late.

Alyssa Shepherd, 24, was driving her pickup truck early on Tuesday morning when she struck a group of middle school students crossing the road to board their school bus.

Siblings Alivia Stahl, 9, and Xzavier and Mason Ingle, both 6, all died on the scene, while the fourth child, 11-year-old Maverik Lowe, suffered multiple broken bones and was airlifted to a hospital to undergo emergency surgery.

In a court hearing Wednesday, police disclosed what Shepherd, an eyewitness and the bus driver told them following the tragic accident, WTTV reports.

Photos from the case:

The female witness, who was driving behind Shepherd, estimated the suspect was driving around 45 mph at the time of the crash and said the bus was very visible, even though it was dark outside. The witness told police that she slowed down for the bus, but that Shepherd did not.

Shepherd reportedly told authorities that she was returning from driving her husband to work at the time of the accident and had three children in her truck at the time, including her little brother. She acknowledged she saw "something" with lights on the side of the road, but claimed she didn't recognize it was a school bus until it was too late to stop.

The bus driver told police he spotted Shepherd's truck and, believing it was a good distance away, he waved the children across the highway, according to WTTV. He said once he realized the truck was not slowing down, he honked his horn to try and signal the children to turn back.

According to authorities, the school bus followed proper protocol and had its stop-arm out at the time of the accident. All 50 states have laws that prohibit drivers from passing school buses when they are stopped and have their flashing lights on.

Shepherd was arrested following the crash and was charged with three counts of reckless homicide and one count of passing a school bus when arm signal device is extended, causing bodily injury. She has been released from jail on a $15,000 bond and will appear in court on Nov. 13, WSBT reports.