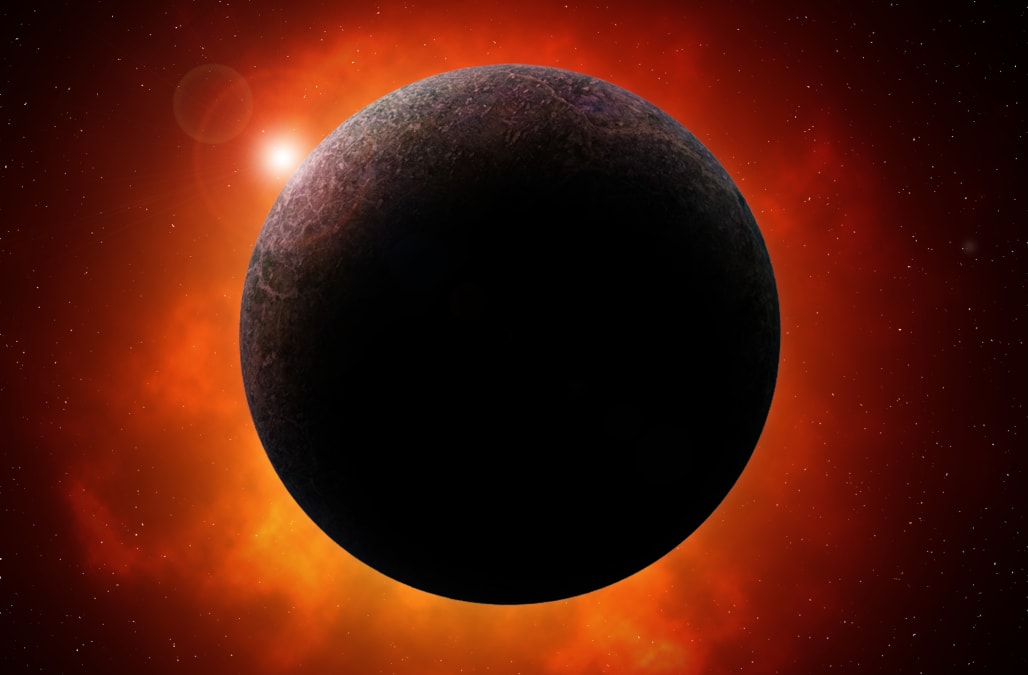 If there's anything that you've simply been dying to do or see, you'd best get it done soon.

According to conspiracy theorist David Meade, our planet will cease to exist as we know it in September 2017.

Meade's bizarre and unfounded theory claims that immediately after the upcoming total solar eclipse on August 21, the mythical planet Nibiru, or Planet X, will appear on the horizon and begin it's month-long collision course with Earth, arriving in late September to actually end the world.

States where you can see the total solar eclipse of 2017:

If you're all brushed up on your space conspiracy theories, you've probably, at the very least, heard about Nibiru before.

Rumors of the mysterious body, whizzing through our solar system with an oblong orbit that coincidentally keeps it hidden from scientists' view, have been floating around the internet for years.

Wild theories about the nonexistent planetary body have, in fact, become so prevalent that NASA even addressed them in a statement, calling them a blatant "internet hoax."

"There is no factual basis for these claims," the agency wrote. "If Nibiru or Planet X were real and headed for an encounter with the Earth in 2012, astronomers would have been tracking it for at least the past decade, and it would be visible by now to the naked eye. Obviously, it does not exist."

And yes, we are inclined to believe them.

But despite all scientific evidence that says otherwise, Meade is still convinced Planet X will finally collide with the Earth on September 23, bringing with it the mother of all apocalyptic cataclysms.

Anyway, if Meade's prediction has you feeling worried in any way, shape or form, just remember that we were also supposed to die in August, September and December of 2016.

And yet, here we all are, still kickin'.

RELATED: Best hotels to stay at to see the Great American Eclipse:

Best hotels to stay at to see the Great American Eclipse

Bend, Oregon, is set to be one of the first locations to experience the solar eclipse, and the brand new SpringHill Suites is hosting its signature 'Art of Local' event for both guests and the community on August 19 to ring in the phenomenon.

SpringHill Suites by Marriott, located in Jackson Hole, Wyoming, lies just 15 minutes from Grand Teton National Park, one of the projected locations within the eclipse's path. To celebrate, a Pink Floyd tribute band will be performing a celestial-inspired concert set to wow fans and star-gazers alike.
The Westin Riverfront Resort & Spa at Beaver Creek Mountain in Avon, Colorado, is offering a special package for space fanatics that has a fun educational component. The deal includes suite accommodations, access to an exclusive solar event with the Vail Valley's Walking Mountains Science Center, evening s'mores and special viewing glasses.
As the largest city entirely within the path of this total solar eclipse, Nashville, Tennessee, is one of the best places to take in the natural show. The Renaissance Nashville Hotel is offering a Solar Eclipse Package for guests seeking to make the most of this once-in-a-lifetime experience. It includes deluxe accommodations, a pair of eclipse glasses, an eclipse t-shirt and two tickets to the Country Music Hall of Fame and Museum.
Gaylord Opryland Resort offers guests and families an unforgettable getaway with all the excitement and energy of Music City. The sprawling property will provide guests with eclipse viewing glasses and viewing tips upon check-in. On August 21, travelers can stroll over to the designated viewing area on the event lawn where eclipse-themed beverages and snacks will be available for purchase.
Columbia, South Carolina, is predicted to be the home of the longest total solar eclipse for a metro area on the East Coast. The centrally-located Courtyard Columbia Downtown at USC is the perfect hotel for travelers looking to celebrate all week long, as the town will host more than 50 eclipse-related festivals and events between August 18 and 21.
The Great American Eclipse is set to cross 21 states and select hotels will be offering viewing glasses for guests including Four Points by Sheraton Little Rock Midtown in Arkansas ...
... the JW Marriott Indianapolis in Indiana ...
... and Hotel LeVeque, Autograph Collection in Ohio.
Up Next