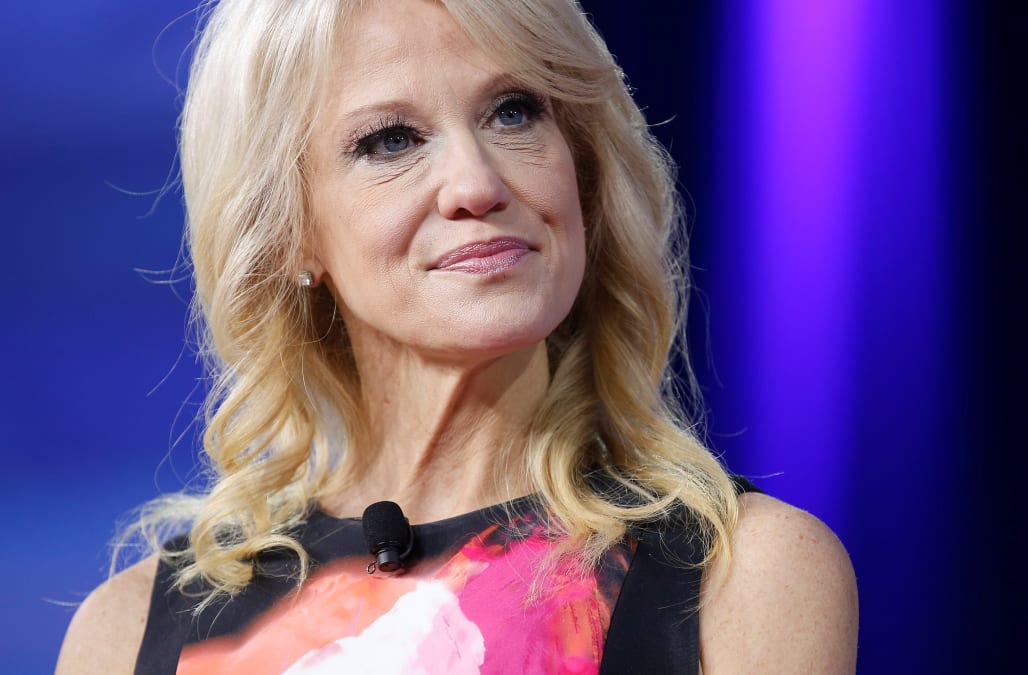 Senior White House adviser Kellyanne Conway spoke out on the trials of her role within the Trump administration on last weekend, saying her job would be "more difficult" if not for her religious beliefs.

Conway has served as a spokeswoman for President Trump since managing his successful 2016 campaign, and has continued to act as such in her current White House role. The former CNN political analyst has in the past described criticism of her as "vicious" and "venomous," and discussed that when addressing a crowd of 900 conservative Christians at the Family Leadership Summit in Iowa last Saturday.

"It is just our job to focus on the news and cut out the noise," Conway said. "That is something I try to do very often. But you know, if I wasn't a person of faith, I think it would be a more difficult job."

Conway added that her Christian faith helps her to "stay grounded."

Conway also spoke on what it means to be a woman in her White House role, saying much of the criticism against her is "gender based."

"It is unbelievable how if I just say something on a television program or the president said something, the reaction is so disconnected from what was just said," Conway said. "If you want to disagree on policy ... then say that, disagree that way. That is what America is. But so much of the criticism of me is gender-based. So much of it is gender based. ... I pray for the country and I pray for my critics."

Conway's slamming criticism of her as a woman comes after the 50-year-old bashed the idea of feminism during a Q&A session at the Conservative Political Action Conference back in February.

"I was raised to be a strong, independent woman, without anyone saying the word 'feminist' or having a political conversation," Conway then said -- a statement that was met with raucous audience applause.

Conway also said back in February that she thinks women too often feel sorry for themselves, and that there is a "presumptive negativity" around how women are treated and viewed in society.

Now, though, Conway is addressing criticism of herself within the lens of her gender.

"If they are going to criticize policy, that's terrific. But criticizing how I look or what I wear or how I speak is really remarkable and totally undercuts modern feminism, that they are for women," Conway added. "I think a lot of it turned when I showed up at the March for Life and I was overtly a pro-life counselor to the president. A lot of the coverage changed then."

More from AOL.com:
'You treat me like a baby!': 'Final straw' led Trump to oust former campaign chairman Paul Manafort
Kellyanne Conway: Hillary Clinton is 'one of the only people' that believes in Trump-Russia collusion
'He wants to remain senator, doesn't he?': Trump singles out GOP senator sitting next to him on healthcare bill opposition