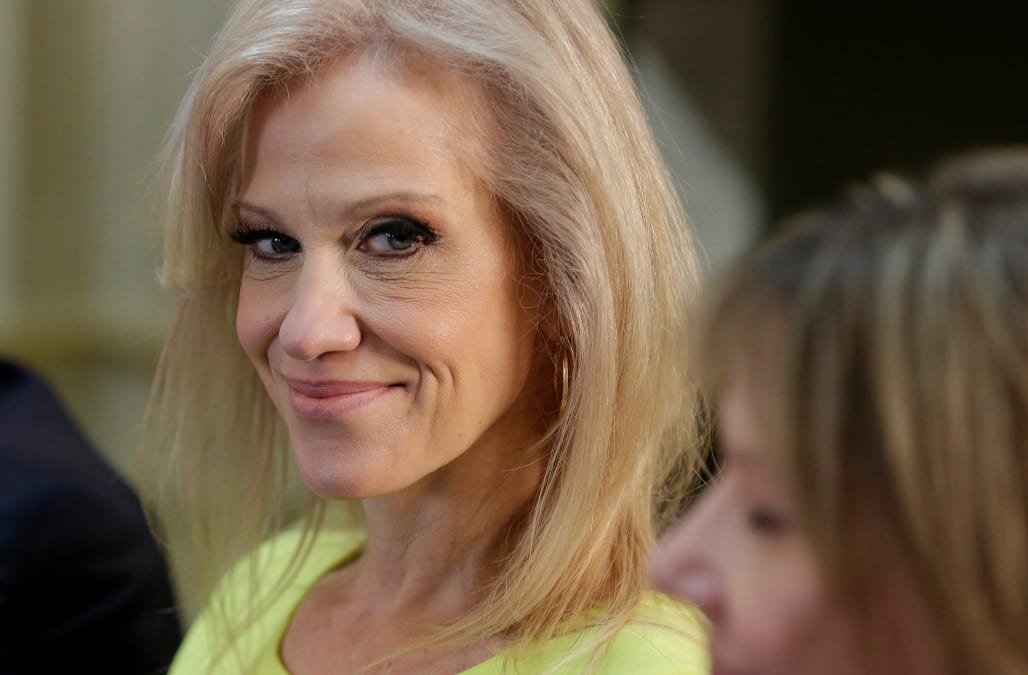 During a "FOX & Friends" appearance, Conway was asked how she responds to claims that the president is sexist, to which she pivoted and brought up female members of Trump's own family.

"As a woman who knows him and works for him, I'm very pleased at how he treats women in this workplace, the White House," Conway said. "I'm a mother of four small children...his daughter has children...his two daughters and his wife are three of the strongest, most intelligent, most courageous women I've ever met."

Mika Brzezinski and Joe Scarborough are longtime critics of Trump, and the back and forth barbs between the morning hosts and the president reached a new high on Thursday when Trump personally attacked Brzezinski in a tweet slamming the "poorly rated" duo.

Scarborough and Brzezinski have since responded to the attack with a Washington Post op-ed and MSNBC appearance.

Many Republicans -- including Sen. John McCain, Sen. Lindsey Graham and House Speaker Paul Ryan -- spoke out against Trump's tweets on Thursday, but Conway and other White House officials are holding ground in defending the president's rhetoric.

Duputy White House Press Secretary Sarah Sanders faced a barrage of questions about the tweet during a Thursday press briefing, to which Sanders repeatedly stated Trump was "simply pushing back in terms of defending himself"

The former Trump campaign manager also told ABC News on Friday that she endorses Trump's "ability to fight back when he's attacked."