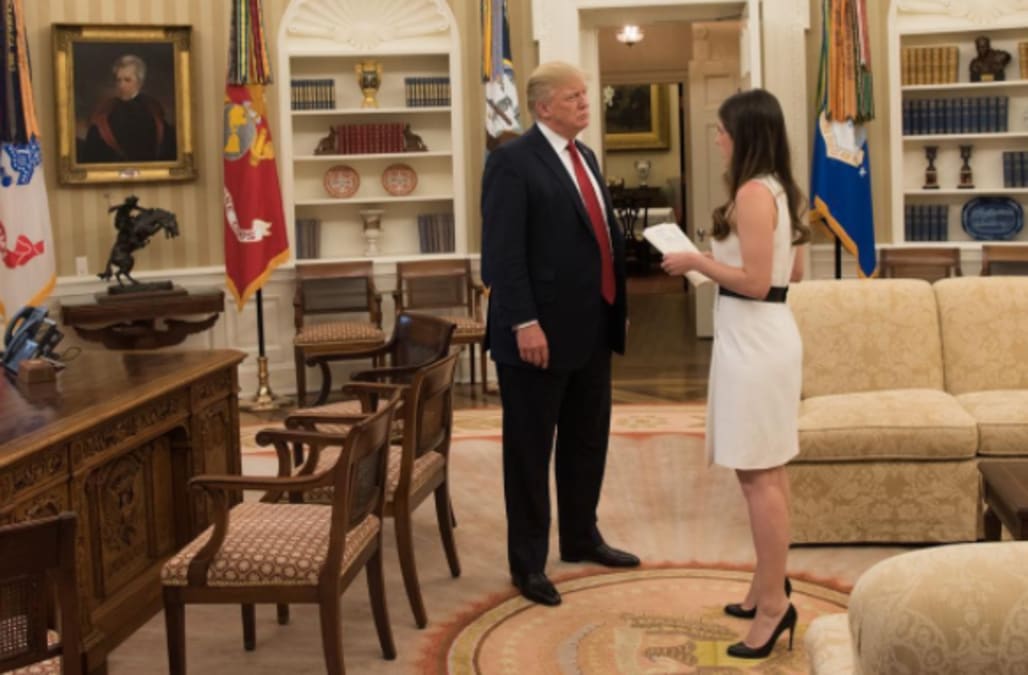 From Kellyanne Conway to Steve Bannon, President Trump's inner circle is full of advisers and counselors who are frequently subject to public intrigue -- and Trump's 26-year-old executive assistant is no exception.

While the president's assistant, Madeleine Westerhout, only joined the Trump team in late 2016, she has an extensive track record of working with a number of GOP candidates and officials throughout her varied career as a Republican staffer.

Everything you need to know about Madeleine Westerhout:

Madeline Westerhout: Trump's 26-year-old personal assistant
She attended the College of Charleston in South Carolina and graduated in 2013 with a degree in political science.
Westerhout is originally from California.
In 2012, she took time away from college to work as an intern for former Republican candidate Mitt Romney's presidential campaign.

In 2013, she worked as a coordinator for former South Carolina state senator John Kuhn's campaign.

Now a seasoned Republican staffer, Westerhout then took on a role with the Republican National Committee. It was in this role that she worked with Reince Priebus, former RNC chief of staff and current White House chief of staff to President Trump. In this role, Westerhout began assisting the Trump transition team.
As early as December 2016, Westerhout was seen escort those the Trump team was eyeing for Cabinet positions to and from meetings with President Trump.
Westerhout was also reportedly trained by Trump's longtime assistant, Rhona Graff.
In her role with the RNC, Westerhout had the opportunity to meet many high-profile Republicans, including Paul Ryan.
...and former President George W. Bush...
...and former President Bush "41"...
When she isn't at the White House, Westerhout has a cat she loves.
She appears to frequent Soul Cycle classes.
And gets the unique opportunity to take pictures with those who visit President Trump at the White House.
Up Next

Westerhout originally hails from California and attended college at the College of Charleston in South Carolina, where she received her degree in political science. She took some time away from school in 2012 to intern for former Republican presidential candidate Mitt Romney's campaign, and later worked with GOP officials on a state and federal level.

More from AOL.com:
Trump is being sued for not preserving his tweets, other communications
President Donald Trump excited to meet Russia's Vladimir Putin, some advisers hesitant
Will Trump get impeached? Congressman pushing the issues even says no