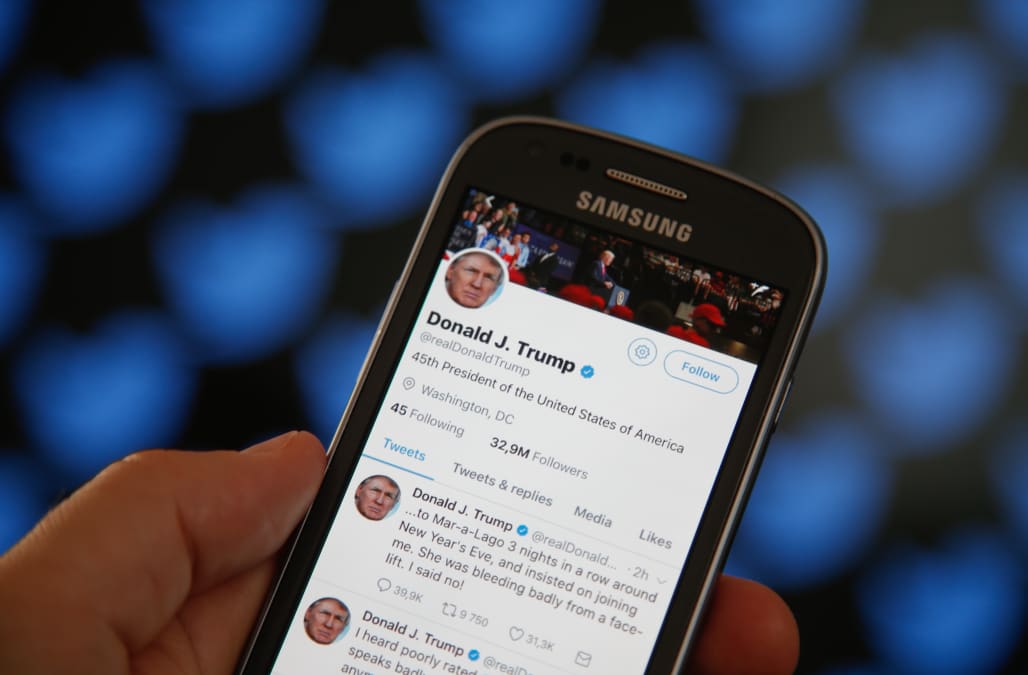 Some Americans have always condemned President Donald Trump's use of Twitter as unpresidential, however, criticism of his choice to use the social media platform without filter has recently reached a fever pitch.

The president's unconventional habit appears to cast a dark shadow over his office, with most people thinking Trump's tweets demean the office of the presidency, according to a new AOL News survey.

The president's tweets have been making headlines and generating backlash from both sides of the aisle in recent weeks.

The president has personally attacked MSNBC morning hosts Joe Scarborough and Mika Brzezinski on multiple occasions over the past week via Twitter.

Trump sent out a pair of tweets last Thursday, claiming that "low I.Q. Crazy Mika, along with Psycho Joe, came to Mar-a-Lago 3 nights in a row around New Year's Eve, and insisted on joining me. She was bleeding badly from a face-lift. I said no!"

A Quinnipiac University poll released the same day as his first attack on the MSNBC hosts reported similar findings to the AOL News poll. The June 29 survey found that 61 percent of American voters think Trump should stop tweeting from his personal Twitter account. Thirty-two percent said the president should continue tweeting.

GOP Sen. Lindsey Graham tweeted his response, saying "Mr. President, your tweet was beneath the office and represents what is wrong with American politics, not the greatness of America."

The president seemed unphased by the backlash and doubled down on his attack Saturday, taking more personal shots at Brzezinski and Scarborough.

Crazy Joe Scarborough and dumb as a rock Mika are not bad people, but their low rated show is dominated by their NBC bosses. Too bad!

Just weeks before the personal shots, Trump tweeted that the fake mainstream media don't like when he uses social media because he is able to "get the honest and unfiltered message out."

The FAKE MSM is working so hard trying to get me not to use Social Media. They hate that I can get the honest and unfiltered message out.

The president added more fuel to his Twitter fire on Sunday when he tweeted an edited video of him beating up a CNN logo. The controversial tweet was just the latest in a long line of attacks the president has aimed at the media.