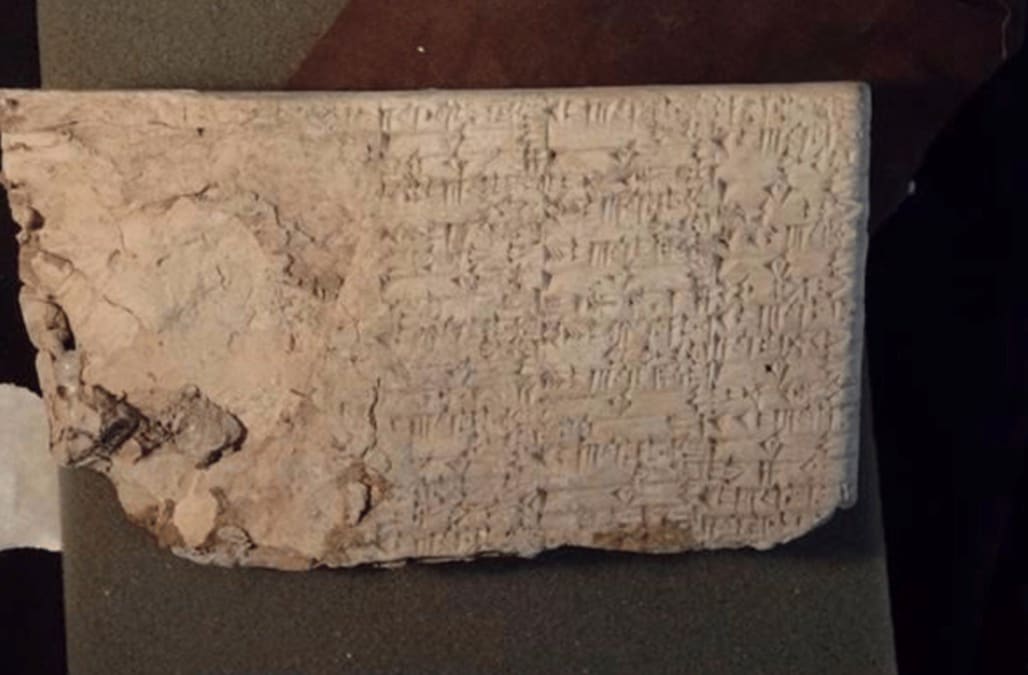 The forfeiture will include some 5,500 artifacts purchased by Hobby Lobby Inc that originated from the region of modern-day Iraq and were shipped under false labels, as well as an additional $3 million to settle the civil charges, the Department of Justice said in a statement.

"The protection of cultural heritage is a mission that (Homeland Security Investigations) and its partner U.S. Customs and Border Protection take very seriously as we recognize that while some may put a price on these artifacts, the people of Iraq consider them priceless," Angel Melendez, special agent in charge of Homeland Security Investigations in New York, said in the statement.

Privately-held Hobby Lobby said that it was new to the world of antiquities when it began acquiring historical items for its Museum of the Bible in 2009 and made mistakes in relying on dealers and shippers who "did not understand the correct way to document and ship" them.

The company's president, Steve Green, is the chairman and founder of the Museum of the Bible, which is under construction in Washington, D.C.

The artifacts being forfeited include cuneiform tablets and bricks, clay bullae and cylinder seals. Cuneiform is an ancient system of writing on clay tablets.

"At no time did Hobby Lobby ever purchase items from dealers in Iraq or from anyone who indicated that they acquired items from that country," Green said in his statement. "Hobby Lobby condemns such conduct and has always acted with the intent to protect ancient items of cultural and historical importance. ...

"We have accepted responsibility and learned a great deal," Green added, saying that the company has now "implemented acquisition policies and procedures based on the industry's highest standards."

Federal prosecutors say that when Hobby Lobby, which is based in Oklahoma City, began assembling its collection it was warned by an expert on cultural property law to be cautious in acquiring artifacts from Iraq, which in some cases have been looted from archaeological sites.

Despite that warning and other red flags the company in December 2010 purchased thousands of items from a middle-man, without meeting the purported owner, according to prosecutors.

A dealer based in the United Arab Emirates shipped packages containing the artifacts to three Hobby Lobby corporate addresses in Oklahoma City, bearing false label that described their contents as "ceramic tiles" or "clay tiles" and the country of origin as Turkey. (Reporting by Dan Whitcomb; Editing by Leslie Adler)

More from AOL.com:
Village grapples with church bell emblazoned with Nazi insignia
Trump has reportedly asked his aides to come up with 'deliverables' he can offer to Putin in their big meeting
Scientists have found evidence of a mysterious 'skull cult' in an ancient temple